We live in a society where kids and parents are obsessed with early achievement, from getting perfect scores on SATs to getting into Ivy League colleges to landing an amazing job at Google or Facebook—or even better, creating a start-up with the potential to be the next Google, Facebook or Uber. We see coders and entrepreneurs become millionaires or billionaires before age thirty, and feel we are failing if we are not one of them.

Late bloomers, on the other hand, are under-valued—in popular culture, by educators and employers, and even unwittingly by parents. Yet the fact is, a lot of us—most of us—do not explode out of the gates in life. We have to discover our passions and talents and gifts. That was true for author Rich Karlgaard, who had a mediocre academic career at Stanford (which he got into by a fluke) and, after graduating, worked as a dishwasher and nightwatchman before finding the inner motivation and drive that ultimately led him to start up a high-tech magazine in Silicon Valley, and eventually to become the publisher of Forbes magazine.

Here are my favourite take aways from reading Late Bloomers by Rich Karlgaard:

Precocity describes a smartness or skill that’s achieved much earlier than usual.  Never before, it seems, has precocity been such an advantage as it is now.

The list of late-blooming writers is as diverse as it is illustrious.

“We are coached to walk away from the magazine stacks and return to the study carrel. We are urged to tamp our curiosity down to the practical essentials and get serious.”

Create Your Own Healthy Culture

“How can the curious and creative, the searchers and explorers, jump off the dominant culture’s conveyor belt and begin shaping our own fates?”

” We do it by quitting. Quit the path we’re on. Quit the lousy job. Quit the class we hate. Quit the friends and associates who hurt us more than help. Quit the life we regret.” 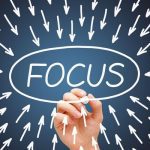 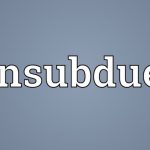 Lead The Field by Earl Nightingale.