“Midlife is missing out not just on other lives but on the meaning for one’s present life of having them as options.”

“It is a work of applied philosophy: philosophical reflection trained on the challenges of midlife. And it takes the form of a self-help guide. The trials of middle age have been neglected by philosophers, but they are philosophically interesting, and they are amenable to therapy by the tools philosophers use.”

For most of us, midlife is not too late to start something new, though it often feels that way. Don’t be fooled by the foreshortening of time that accompanies middle age. You have more time than you think.

The most elusive challenge of midlife is not to cope with the past or the future, but with the emptiness of the present, the sense that satisfaction is deferred or left behind, that one’s relentless striving is self-destructive.

We are programmed for the midlife crisis, men and women alike, and the question is not whether but when. We had better be prepared. The idea of the midlife crisis is ready to hand, a tool for understanding and describing oneself to others, a tool especially attractive for its power to excuse what would otherwise be outrageous behavior.

Shit happens in midlife, with kids and parents, work and health. If you call it a midlife crisis, just because you can, then the midlife crisis afflicts about a quarter of all Americans. But it may have nothing to do with awareness of mortality, the finitude of life, regret about the past, lost opportunities, or failed ambitions—let alone with chronological age.

“It is a phase of relative unhappiness that correlates with middle age.”

The key to happiness, then, is managing one’s expectations.

Neither the prospective question of what to do nor the external, retrospective question of the good human life captures the predicament of midlife. Neither is essentially situated within a life that has a meaningful past and a meaningful future, both of which you must confront. At midlife, retrospection is limited. You command a view of one substantial part but not the whole. And the question is not simply what to do, but what you have done and what you have not done, what to feel and how to think about yourself.

“The average forty-year-old has had thirteen jobs and is looking to move at any time.”

There are distinctive problems that arise from the temporality of midlife, from our multiple orientations to the past and the future, from our relation to unrealized possibilities or counterfactuals, from the scale of life and of the projects that occupy it. These problems are obscured if we simply ask what to do and what would constitute an ideal life.

“Even if it is not widespread, the midlife crisis turns on temporal features of human life that are utterly pervasive: the progressive reduction of possibilities, completion or failure of projects, accumulation of biography. This mitigates somewhat the odor of self-indulgence in devoting so much thought to the plight of the affluent and entitled”

While there are reasons to change one’s life—frustrating jobs, failed marriages, poor health—the appeal of change itself can be deceptive. Because there is value in having options, you will miss having them: an argument for nostalgia. But the value is easy to overrate. It is silly to think that having options could make up for reaching outcomes you would not prefer, considered alone. Think twice before you wreck your home.

Mistakes, misfortunes, failures: choices you should not have made, hardships you should not have faced, plans that did not turn out as they should. No one makes it to midlife without acquiring some of each. The question now is what to do with them. How to feel about the ways in which life is not what you hoped it would be? Philosophy cannot change the past. But it can help us to accept it.

There is a difference between mistakes, misfortunes, failures, on the one hand, and regrets, on the other. We can pull apart what you should have done, or wanted, or welcomed at the time from what you should prefer in retrospect.

One way to shield mistakes, misfortunes, failures from regret is to have things turn out better than expected. But even when they don’t, regret is not compulsory.

You may be tempted to take stock, to wrestle with the past. There is nothing wrong with that. But do not make a further mistake, the mistake of stepping back, abstracting from the details of your life, to ask what you should want. In abstracting, you discard a vital source of rational affirmation: not the bare existence of activities, artifacts, relationships, but their impossibly verdant depths. Do not weigh alternatives theoretically, but zoom in:let the specifics count against the grand cartoon of lives unlived. In doing so, you may find you cannot regret what you should have resisted at the time.

Mistakes, misfortunes, failures: no one makes it to midlife without acquiring some of each.

If part of what protects you from regret, or mutes its force, is an asymmetry of knowledge—your comparative ignorance of the lives you could have lived—your tranquility depends on its persistence. In order to avoid regret, you must preserve a measure of oblivion. There is a corresponding threat. The more you know what you are missing, the more you learn what the alternatives would have been and what they would involve, the harder it becomes to let them go. Hence a parting word to the retrospective: be careful what you study, where you choose to train your eye. A little knowledge is harmless; too much can tax your peace of mind.

“Do not obsess about the might-have-beens: “where ignorance is bliss, / ’Tis folly to be wise.”

“In middle age, the limited span of human life is no longer an abstraction. You know from the inside what a decade means; those that remain to you can be counted on one hand. That can be a source of angst.”

As life passes, “[you] have less and less to look forward to, but more and more to look backward to.” And that is just as good. If you can manage it without lapsing into chronophobia, you will have gone a long way toward acceptance of mortality, with philosophical help.

As life passes, “[you] have less and less to look forward to, but more and more to look backward to.

“Telic” comes from the Greek “telos” or end, the root of “teleology.”) Driving home is telic: it is done when you get home. So are projects like getting married or writing a book. These are things you can complete. Other activities are “atelic”: they do not aim at a point of termination or exhaustion, a final state in which they have been achieved. As well as walking from A to B, you can go for a walk with no particular destination. That is an atelic activity. So is listening to music, hanging out with friends or family, or thinking about midlife. You can stop doing these things, and you eventually will. But you cannot complete them. They have no limit, no outcome whose achievement exhausts them and therefore brings them to an end.

If you focus on telic activities, your efforts work against you. Your motivation “springs from lack, from deficiency,” if not from pain: the deficiency that consists in being at a distance from the terminal state at which you aim. Yet in achieving that aim, you end an activity that made your life worthwhile.

Projects are telic: they aim at terminal states. To engage with them successfully is to complete them and so to eliminate meaning from your life. The solution: To invest more fully in atelic activities, ones that have no point of termination or exhaustion—activities like going for a walk, spending time with friends, appreciating art or nature, parenting, or working hard. There may not be a change in what you do from day to day. It is enough to adjust your attitude, what you love: to value not just projects but the process of raising kids, maintaining friendships, doing your job.

It is around midlife that one’s dependence on telic activities is most liable to emerge, as long-sought aims are accomplished or prove impossible. You have the job you worked for many years to get, the partner you hoped to meet, the family you meant to start—or else you don’t. Until this point, you may have had no reason to reflect on the exhaustion of your ambitions and the extent to which your life is built around them. Now it becomes clear. You can feel, perhaps obscurely, the self-destructive tenor of your soul. Welcome to my world.

To live mindfully is to perceive the value of atelic activities, a value that is not exhausted by engagement or deferred to the future, but realized here and now. It is to resolve your midlife crisis, your sense of repetition and futility, of dislocation and self-defeat, by living in the halo of the present. 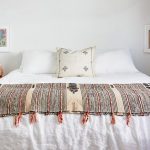 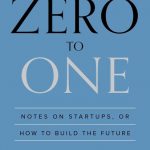 Book Summary – Zero to One: Notes on Startups, or How to Build the Future by Peter Thiel.