Booker Prize winner Salman Rushdie teaches his techniques for crafting believable characters, vivid worlds, and spellbinding stories. Salman is a British Indian novelist and Essayist whose work combines magical realism with historical fiction. His story has many connections, disruptions, and migrations between Eastern and Western civilizations, with much of his fiction being set on the Indian subcontinent.

In the ’70s, he got a job whipping up advertising copy for an agency in London. During long weekends and days off, he labored on his first novel, Grimus. The book garnered little in the way of acclaim upon its release in 1975. But five years later, on his second try, the young author struck gold: Midnight’s Children, a staggeringly original parable exploring India’s independence and identity, won the prestigious Booker Prize for Fiction. The tome cemented what’s become one of Salman’s trademark techniques: riffing on sacred texts and religious figures and revealing their uncomfortable truths and contradictions through satire.

Today, he occupies a rare space in modern society, a legitimate canon author whose expansive social circle includes celebrity friends, from Courtney Love to Diane von Furstenberg. He lives in New York, where he continues to teach and write, and is now Sir Salman Rushdie, knighted by Queen Elizabeth II in 2007 for his services to literature

Some stories are not true, but by being untrue, they can make you feel and know truths that the truth could not.

As Catch-22 author Joseph Heller told Salman: Most books grow from a single sentence. When writing your first line, think: What type of novel is this? A comedy? An epic? A thriller? The opening can be grand, simple, contradictory, assertive. But it should propose a contract to the reader: If you keep going, I’ll tell you a certain kind of story.

“The novel is a prose narrative of some length that has something wrong with it.” –  Randall Jarrell

KEEP YOUR INFLUENCES, KILL YOUR DARLINGS

Every author, from Jane Austen to Jhumpa Lahiri, must devise a personal process for self-editing.  The finer points aren’t so important as the approach: An open mind and honest perspective are key. You may need to eliminate a character, discard a whole subplot, even change the major storyline. Don’t feel bad; it’s all part of the writer’s journey. And, more often than not, it’s an indicator of progress.

Write your self a letter

Write yourself a letter about the book you are writing, pretend the letter is written to a friend who is then asking you what the book is about, who are the character. Imagine you are telling it to someone orally. See if you have got something people would be willing to listen to.

Build a Skeleton through a Plot

The plot and structure are the skeleton and the characters and events are the flesh you put into the skin.

The plot and structure are the skeleton and the characters and events are the flesh you put into the skin.

Allow your story to Unfold

The act of a story : the beginning, middle and end is not necessary. It should not be used rigidly, you can let the story unfold, you can start from anywhere from the end and build it up to the beginning.

Reveal your Characters through:

‘The most essential gift for a good writer is a built-in, shockproof, shit detector.’ – Ernest Hemingway,

Magical realism, a literary genre in which fantastical characters and events are set against a realistic backdrop. This contrast can supply potent narrative tension or, when used expertly, point at larger ideas: escapism and survival, humor and horror, isolation and connection, the relative nature of absurdity, and the multiplicity of contradictions therein.

In the magical realist novel, inanimate objects speak, people fly, ghosts consort with the living. But this isn’t fantasy or science fiction. Elements of magic are situated in a setting that feels familiar and natural to the reader— within a place, culture, or historical moment that actually existed—so the fantastical feels almost plausible.

Listen to the Rhytm of the speech

A modern masterpiece that charts the trials, tribulations, and magical powers of a group of children born in 1947, at the precise moment India became independent from Britain

An allegorical commentary on Pakistani society that chronicles two families and their patriarchs—one infatuated with war, the other obsessed with pleasure.

Dedicated to Salman’s son, this is in many ways a children’s version of his fictionalized critiques of religious intolerance

The story of a spice trader, who ages twice as fast as normal humans, and his relationships with the women in his life

A Brit of Indian descent abandons his family and flees to New York in a darkly comedic plot that probes the corrupting effects of anger, wealth, and globalization

This collection of essays, speeches, and opinion pieces, written between 1992 and 2002, focuses on Salman’s period of hiding in the wake of The Satanic Verses and the world events that transpired around it

The Enchantress of Florence -2008

The full story of the fallout from The Satanic Verses controversy, this memoir chronicles Salman’s time spent writing and navigating romance and fatherhood while under police protection

This contemporary realist parable chronicles a wealthy and exceedingly strange Manhattan family, and nods at the real-life drama unfolding in America as Donald Trump rises to power

Inspired by Don Quixote, the metafictional plot of Salman’s most recent book involves an Indian American man and a celebrity television host 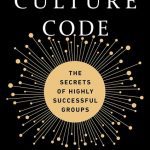 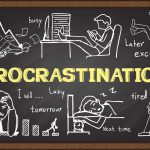