Ted Turner (born November 19, 1938) is an American Media Entrepreneur, sailor, and philanthropist. As a businessman, he is the founder of the Cable News Network (CNN), the first 24-hour cable news channel. In addition, he founded WTBS, which pioneered the superstation concept in cable television, which later became TBS.

Ted started his entrepreneurial journey when he took over his father’s billboard business, Turner Outdoor Advertising, he took over in 1963 after his father’s suicide. He later purchased the Atlanta UHF station in 1970, which was the start of Turner Broadcasting System, Inc. an American television and media conglomerate. Among TBS’s main properties were its namesake TBS, TNT, CNN, Turner Classic Movies (TCM), Cartoon Network and Adult Swim, and TruTV.

In his Autobiography, Call Me Ted, Ted shares his strategy for time management:

“There probably are some ways that I work and live that might be a little different from other people you come across. For one thing, I go to great lengths to be efficient with my time and try to make the most of every minute of every day. When I run meetings, they start on time. A lot of that came from my father and punctuality was stressed at McCallie and the Coast Guard. For much of my career, I didn’t even waste time getting to and from work. ”

“There were long stretches when I spent most of my weeknights sleeping in my office, and later, when I could afford to, I built an apartment on the top floor of CNN. So when millions of Atlanta drivers were wasting their time sitting in traffic, my commute was nothing more than walking up a flight of stairs, and I had that much more productive time to work every day.”

“My desire to use time wisely has even extended to what I wear on my feet. For most of my adult life, I’ve never worn lace-up shoes. Most of my shoes are slip-ons, so instead of spending time stooping over tying my shoes, I do something else that’s productive.”

In 1986, Turner founded the Goodwill Games with the goal of easing tensions between capitalist and communist countries. Broadcasting the events of these games also provided his superstation the ability to provide Olympic-style sports programming.

In 1979, Turner sold his North Carolina station, WRET, to fund the transaction and established its headquarters in lower-cost, non-union Atlanta.

Through Turner Enterprises, he owns 15 ranches in Kansas, Montana, Nebraska, New Mexico, Oklahoma, and South Dakota. Totaling 1,910,585 acres (7,731.86 km2), his land-holdings across America make Turner one of the largest individual landowners in North America (by acreage). In January 2016, the Osage Nation bought Turner’s 43,000 acres (170 km2) Bluestem Ranch in Osage County, Oklahoma. Turner had purchased the property in 2001 primarily to raise bison. Other important wildlife species on the property include whitetail deer, wild turkey and bobwhite quail. Turner’s biggest ranch is Vermejo Park Ranch in New Mexico. At 920 square miles (2,400 km2), it is the largest privately owned, contiguous tract of land in the United States.

Marriage
Ted has been married and divorced 3 times, he has five children. 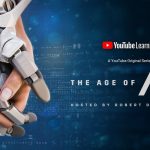 The Age of A.I. Web Series. 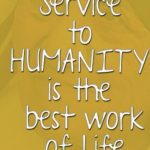 Top 30 Quotes on Service to others.