“History Doesn’t Repeat Itself, but It Often Rhymes” – Mark Twain

The Great Depression was a severe worldwide economic depression that took place mostly during the 1930s, beginning in the United States. It was the longest, deepest, and most widespread depression of the 20th century. The stock market crash of 1929 led to the Great Depression and was a prelude to World War II.

The Great Depression started in the United States after a major fall in stock prices that began around September 4, 1929, and became worldwide news with the stock market crash of October 29, 1929, (known as Black Tuesday). Between 1929 and 1932, worldwide gross domestic product (GDP) fell by an estimated 15%. By comparison, worldwide GDP fell by less than 1% from 2008 to 2009 during the Great Recession.

The Great Depression had devastating effects on both rich and poor countries. Personal income, tax revenue, profits, and prices dropped, while international trade fell by more than 50%. Unemployment in the U.S. rose to 23% and in some countries rose as high as 33%.

In his Great Courses Class, Capitalism vs. Socialism: Comparing Economic Systems, Edward F. Stuart Professor Emeritus of Economics at Northeastern Illinois University, shares some great insights on the cause and effect of the great depression:

The Paradox of Thrift

At the beginning of a recession or economic downturn, it’s wise for individuals and households to cut back on spending and build up some cash reserves to prepare for the potential bad times. Businesses might cut back on new equipment orders or cancel some expansion plans if they think there will be a decrease in demand for their products.

However, if the behavior is widespread, the macroeconomy will suffer. Total spending will fall, total incomes will fall, production will fall, and unemployment will rise. Keynes labeled this phenomenon the paradox of thrift: In periods of recession or depression, saving—or being thrifty—actually causes more economic hardship throughout the macroeconomy. This was especially true during the Great Depression.

Mass unemployment is a breeding ground for political instability and extremist political parties. Many historians blame the rise of Nazi Germany on the effects of the Great Depression.

In his book The Great Crash, 1929, John Kenneth Galbraith listed five principle causes of the Great Depression. For each cause, subsequent policies and institutions were developed to prevent, or at least reduce, the probability of another Great Depression

To improve the banking structure and provide more security for depositors, Congress passed the federal Banking Act of 1933, better known as the Glass-Steagall Act, which separated commercial and investment banking and created the Federal Deposit Insurance Corporation (FDIC).

Galbraith maintains that the creation of the FDIC did the most to restore stability and confidence to the American banking system. There have been no systemic bank runs in the United States since. American depositors know that their deposits—up to an insured limit—are safe.

The Glass-Steagall Act was repealed late in the Clinton administration in 1999, and some believe this repeal is responsible for the financial markets crisis of 2007 and 2008.

We have been here before, rising mass unemployment, a global pandemic, collective amnesia, high mental health crisis, and a host of unintended consequences of the capitalist system. Are we on the verge of another global recession circa 1929 or 2008? 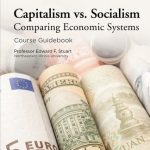 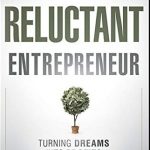