Book Summary -The One Sentence Persuasion Course by Blair Warren.

The most magical things in life, on and off the stage, are often the result of the correct application of the most basic principles imaginable.

In the One Sentence Persuasion Course, Persuasion expert Blair Warren shares insights he garnered studying persuasion, human relation, and influence. Waren shares various examples to convey his point, such as The Secret, Scapegoating as used in the Depression, Weight Loss and Landscaping Industry, Validate and Fascinate, Correct and Convince, etc. According to Blair Warren, the 27 words that could allow us to persuade almost anyone :

People will do anything for those who encourage their dreams, justify their failures, allay their fears, confirm their suspicions, and help them throw rocks at their enemies.

The Five Components of the One Sentence Persuasion Course

Hitler used them and nearly took over the world. Cult leaders Jim Jones, David Koresh, a Marshall Applewhite used them and commanded such loyalty that many of their followers willingly – even eagerly – died for them.

And yet, these five insights are not only tools for mad men, but for marketers, salesmen, seducers, evangelists, entertainers, etc. In short, they are the tools for anyone who must connect with others and, more importantly, make these connections pay off.

Parents often discourage their children’s dreams for “their own good” and attempt to steer them toward more “reasonable” goals. And children often accept this as normal, until others come along who believe in them and encourage their dreams. When this happens, who do you think has more power? Parents? Or strangers?

When we are afraid, it is almost impossible to concentrate on anything else. And while everyone “knows” this, what do we do when someone else is afraid and we need to get his or her attention? That’s right. We “tell” them not to be afraid and expect that to do the trick. Does it work? Hardly. And yet, we don’t seem to notice. We go on as if we’d solved the problem and the person before us fades further, and further, away. But there are those who do realize this and pay special attention to our fears. They do not tell us not to be afraid. Instead, they work with us until our fear subsides. They present evidence, they offer support, they tell us stories, but they do not tell us how to feel and expect us to feel that way. When you are afraid, which type of person do you prefer to be with?

There’s just nothing quite like having our suspicions confirmed. When another person confirms something that we suspect, we not only feel a surge of superiority, we feel attracted to the one who helped us make that surge come about. Hitler “confirmed” the suspicions of many Germans about the cause of their troubles and drew them further into his power by doing so. Cults often “confirm” the suspicions of perspective members by telling them that their families are out to sabotage them. It is a simple thing to confirm the suspicions of those who are desperate to believe them.

Help them throw rocks at their enemies

No matter what you may think of this, rest assured that people have enemies. All people. It has been said that everyone you meet is engaged in a great struggle. The thing they are struggling with is their enemy. Whether it is another individual, a group, an illness, a setback, a rival philosophy or religion, or what have you, when one is engaged in a struggle, one is looking for others to join him. Those who do become more than friends; they become partners.

When you focus on what you want, people will resist. That’s what people do. Politicians lie. The sun rises in the east, and people resist pressure. But one thing people rarely resist is someone trying to meet their needs. And when ones needs have been met, a bond is often forged and a natural desire to reciprocate has been created.

The Power of Persuasion

People willingly leave their families for cults that fulfill these needs for them. People pick up arms and kill others for those who meet their deepest needs. People leave long-term marriages and relationships for people they just met and their spouses are often left stunned. They wouldn’t be if they understood the power of these needs. Like it or not, the duration of our relationships is nothing compared to the depth of our relationships. And depth is based on the fulfillment of our deepest needs, not on the duration of dialog.

“All men are tempted. There is no man that lives that can’t be broken down, provided it is the right temptation put in the right spot.” – Henry Ward Beecher

The point is, our need for validation is no joke. And it is not something we’re going to outgrow. It is something we must accept and adjust for. Or, pay an awful price for not doing so.

This need to be right often overtakes our desire to be well thought of, and even our desire to be treated well. This may help explain why some people are seemingly inexplicably drawn to people who treat them like crap. If we secretly feel unworthy, we will unconsciously be drawn to those who will confirm this “fact” for us, even though we will outwardly complain about it. We will dismiss people who try to praise us while fawning over those who denigrate us.

Every moment of every day, we want to be engaged in something. It often doesn’t matter what it is as long as it can gain and maintain our attention. We seek entertainment, conversation, confrontation. We do crossword puzzles, work in the garden, listen to music. We cook, we clean, we rearrange. Even when we’re exhausted and want to relax, we simply engage in something else. We swim, we go to amusement parks and we meditate. All this in an effort to alleviate the one thing few people can endure: boredom.

The need for mental engagement is so fundamental that few give it much thought. But it’s always there, lurking just behind our awareness, looking for something to “lock onto.” This is why many of us are so easily distracted. Unless our current thoughts or activities are sufficiently engaging, the next best thing that comes along will pull us away. And since it’s through engagement that we experience and through experience that we are changed, those who engage us hold the keys to our hearts and minds, and from there, our actions. We do not see these people as manipulators. We see them as saviors.

No matter how unskilled or unpolished you may be, if you can capture and hold another person’s attention long enough, they will eventually fold to your command.

If we insist on correcting people before we convince them, we might as well accept the fact that we’re never likely to convince them of anything. In fact, the attempt to correct other people often makes their current ways of thinking even more entrenched.

Within a context of correction, nothing we say will be very convincing.

Sometimes, we may not be able to bring ourselves to encourage another’s dreams. Especially if we feel the dreams are particularly harmful to them. Or, are very unlikely to happen for them.

Sometimes we may need to encourage others to accept full responsibility for their actions. To do otherwise might promote irresponsible behavior.

Sometimes we cannot allay another’s fears because that person might be, in fact, justifiably afraid.

Sometimes we may not be able to confirm another’s suspicions because their suspicions are just plain wrong.

And finally, we may not be able to help them throw rocks at their enemies because they have misidentified the enemy.

Instead of validating the specific needs they’re trying to fulfill, we can address and validate the more universal needs and motives underlying them. For example, if we can’t encourage a specific dream a person may have, we can certainly acknowledge the importance of having such dreams, and then attempt to move them in a more positive direction.

If we can’t justify their failures, we can at least acknowledge that there are many contributing factors to any situation and then suggest that, right or wrong, sometimes the most effective way to get out of a situation is to act as if one is completely responsible for it.

If we can’t allay their fears, we can at least assure them that it is okay to be afraid. To tell someone who is already afraid that they shouldn’t be afraid only compounds the problem.

If we can’t confirm their suspicions, we can at least acknowledge the possibility of their suspicions being correct and let them know that we understand how they could have come to such a conclusion. Even if we don’t share that conclusion ourselves.

If we can’t help them throw rocks at their enemies, we can at least acknowledge the universal desire to seek revenge before we try to talk them out of it. 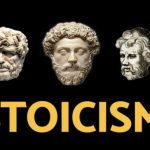 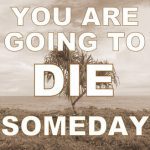 7 ways of reminding yourself of your Mortality.

Book Summary -Running Lean: Iterate from Plan A to a Plan That Works by Ash Maurya.

The Courage to be Happy by Ichiro Kishimi.