Book Summary – 5 Types of People Who Can Ruin Your Life by Bill Eddy.

Title: 5 Types of People Who Can Ruin Your Life: Identifying and Dealing with Narcissists, Sociopaths, and Other High-Conflict Personalities

Bill Eddy is a psychotherapist, lawyer, mediator, and the co-founder and president of High Conflict Institute (HCI) in San Diego. Bill has been studying high-conflict personalities from many perspectives for the past thirty years.

Learning to recognize warning signs that most people ignore or don’t see—and then overriding your natural responses with actions based on your newfound wisdom about High-Conflict Personality (HCPs).

Never tell someone they are a high-conflict person, or that they have a personality disorder, no matter how obvious this may seem. They will see this as a life-threatening attack—and a valid reason to make you their central Target of Blame, perhaps for years to come. From their viewpoint, it will be as if you’d said, “Please do everything you can to ruin my life.

“For the same reason, never use your belief that someone is an HCP as a weapon against them.”

The Good and Bad News with People

You can trust 80 to 90 percent of people to be who they say they are; to do what they say they’ll do; and to follow most of the social rules that help us live together.

There are five types of people who can ruin your life. They can ruin your reputation, your self-esteem, or your career. They can destroy your finances, your physical health, or your sanity. Some of them will kill you, if you give them the opportunity.

These folks make up about 10 percent of humanity—one person in ten. In North America, that’s more than thirty-five million people. Eventually it’s very likely that one will decide to target you.

Unlike most of us, who normally try to resolve or defuse conflicts, people with high-conflict personalities (HCPs) respond to conflicts by compulsively increasing them. They usually do this by focusing on Targets of Blame, whom they mercilessly attack—verbally, emotionally, financially, reputationally, litigiously, and sometimes violently—often for months or years, even if the initial conflict was minor.

Their Targets of Blame are usually someone close (a coworker, neighbor, friend, partner, or family member) or someone in a position of authority (boss, department head, police, government agent). Sometimes, though, the Target of Blame can be completely random.

The five types of people who can ruin your life:

They often seem very charming at first but believe they are hugely superior to others. They insult, humiliate, mislead, and lack empathy for their Targets of Blame. They also demand constant undeserved respect and attention from everyone.

They often start out extremely friendly—but they can suddenly and unpredictably shift into being extremely angry. When this shift occurs, they may seek revenge for minor or nonexistent slights. They may launch vicious attacks against their Targets of Blame that involve physical violence, verbal abuse, legal action, or attempts to destroy their Targets’ reputations.

They can be extremely charismatic—but their charm is a cover for their drive to dominate others through lying, stealing, publicly humiliating people, physically injuring them, and—in extreme cases—murdering them. Antisocial HCPs are remorseless and are said to have no conscience.

They are deeply suspicious and constantly fear betrayal. Because they imagine conspiracies against them, they will launch preemptive attacks against their Targets of Blame, hoping to harm them first.

They can have very dramatic and exciting personalities. They often tell wild and extreme stories (which are sometimes totally false). Over time, they can be very harmful and emotionally draining to those around them, especially their Targets of Blame.

Not everyone with a personality disorder is a high-conflict person, because not all of them attack Targets of Blame. Many just feel helpless, like a victim in life, and don’t blame anyone in particular.

Personality disorders are a category of mental disorder described in the mental health field’s Diagnostic and Statistical Manual, Fifth Edition, known as the DSM-5. The DSM-5 lists ten different personality disorders, all of which seem to share three key characteristics.

The person causes repeated problems in their relationships, usually by attacking others, withdrawing from others, exacting revenge, or expressing extreme anger.

The person rarely changes what they do, no matter how much trouble it causes others or themselves. They sabotage themselves all the time. They’re stuck. Instead, they defend their actions and get angry at those who want them to change.

PEOPLE WITH HIGH-CONFLICT personalities are surprisingly predictable, once you know the warning signs. Since they can become so dangerous, this basic knowledge is becoming more and more essential for everyone, and it’s not complicated. It’s all about recognizing patterns.

HCPs have a narrower pattern of thinking, feeling, and behaving than most people. This means that HCPs act the same way, over and over again, in many different situations with many different people. This high-conflict pattern makes their behavior more predictable than that of the average person, and makes it easier to identify someone as a possible HCP.

HCPs tend to see conflicts in terms of one simple solution (i.e., everyone doing exactly what the HCP wants). They don’t—and perhaps can’t—analyze the situation, hear different points of view, and consider several possible solutions. Compromise and flexibility seem impossible for them.

HCPs tend to become very emotional about their points of view. They often catch everyone else by surprise with their sudden and intense fear, sadness, yelling, or disrespect. Their responses can be way out of proportion to whatever is happening or being discussed, and they often seem unable to control their own emotions. Later, they may regret their outburst—or, sometimes, defend it as totally appropriate, and demand that you feel the same way.

HCPs frequently engage in extreme negative behavior. This might include shoving or hitting someone; spreading rumors and outright lies about them; trying to have obsessive contact with them and tracking their every move; or refusing to have any contact with them at all, even though the person may be depending on the HCP for a response.

A preoccupation with blaming others—their Targets of Blame

The single most common—and most obvious—HCP trait is how frequently and intensely they blame other people, especially people close to them and people who seem to be in positions of authority over them. The HCP attacks, blames, and finds fault with everything their Target of Blame does. At the same time, HCPs see themselves as blameless and free of all responsibility for the problem.

Many high-conflict people do things that 90 percent of people would never do.

When you see something extremely negative, ask yourself: Would 90 percent of people ever do this? If the answer is no, you are almost always watching a high-conflict personality in action.

Avoiding and deflecting high-conflict behavior is like avoiding illness. You can protect yourself from becoming someone’s Target of Blame by vaccinating yourself with knowledge of the personality patterns of high-conflict people.

“You need to have personality awareness to protect yourself from and deal with potentially high-conflict people on a regular basis without getting hooked by them.“

There’s an easy way to remember how to evaluate someone for HCP traits –  WEB MethodSM.

Words: Do the person’s words fit the high-conflict pattern?
Emotions: What do you feel around this person? When you’re around them, or think about being around them.
Behavior: Has the person behaved in an extreme way?

Beware of excuses that justify extreme behavior or words because of stress or tiredness or unusual circumstances. Set aside any excuses and apply the 90 Percent Rule.

Don’t naively get into a relationship with them because you believe you can change their personality or that you will “set them straight.” Forget about it!

“I can see this is a frustrating situation. [Empathy] Tell me more—I want to understand what’s happening from your point of view. [Attention] I have a lot of respect for your efforts to resolve this problem. [Respect]”

“Staying in the relationship, no matter how much you try to manage it and set limits, may ultimately be incredibly draining for you. Often the best thing to do is end the relationship quickly and move on.”

Negative advocates are often family members, close friends, or professionals (such as counselors, clergy, lawyers, etc.), who think they’re just being supportive of the HCP.

In many ways, negative advocates are like enablers or codependents of an alcoholic or drug addict. By siding with the HCP and attempting to help with their perceived struggles, they enable the HCP to remain stuck in his or her dysfunctional behavior, emotions, and thoughts by reinforcing them. This reinforcement of their extreme feelings often encourages the HCP to become more aggressive in their negative behavior, which often ends up hurting the HCP in the long run, as more people become involved and eventually turn against the HCP.

Who should you talk to? Who will understand what you’re talking about? People who understand bullies (counselors, lawyers, police, and others), both in the workplace or in domestic violence situations, are often great sources of support because the same kind of aggression is a common pattern of many high-conflict personalities. While these people may not be familiar with the concept of high-conflict personalities or personality disorders, they usually are familiar with some of the things to do when facing an abuser or constant liar, and may be able to offer advice.

In general, don’t waste your time and emotional energy in trying to convince those who don’t want to understand your situation or who blame you for your circumstances. It’s not your fault, and it can quickly become exhausting and detrimental to you to attempt to bring them around. Many people lack personality awareness, may find it hard to understand your side, or may have a high-conflict personality of their own. Try not to take their lack of support personally. Instead, put your energy into finding people who do listen and understand.

Our culture is teaching the behaviors of personality disorders through the intensive media exposure of the past twenty years. Since the 1990s, cable TV and the Internet (and the loss of print media) have escalated the emotional aspect of 24/7 news and increasingly extreme dramas, which emphasize bad behavior rather than good in order to get your attention. While this is entertaining for adults, it’s social training for children. If you were to suddenly land on Earth and watch our 24/7 programming, you would believe that the world was at war everywhere—even though it is more at peace than at any other time in recorded history.

The Five Types of Patterns

What happens to the different HCPs because of their lack of self-awareness.

Their pattern of mood swings, intensity, sudden anger, and manipulation causes people to become angry with them and want to abandon them.

Narcissistic HCPs’ worst fear: being disrespected and seen as inferior.

Their pattern of arrogance, insults, entitlement, and demanding admiration causes people to see them as inferior and want to insult them back.

Antisocial HCPs’ worst fear: being dominated by others.

Their pattern of dominating others emotionally, financially, physically and by any other means necessary causes people to want them locked up and dominated by the authorities.

Paranoid HCPs’ worst fear: being betrayed by those close to them.

Their pattern of acting suspiciously, holding grudges and accusing others of being involved in conspiracies against them causes people to whisper about them to others and to turn away from them (“betray” them) after a build-up of frustration with them.

Their pattern of endless dramatic intensity burns out those around them, who soon try to ignore their stories and eventually can’t wait to get away from them. 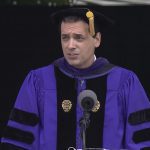 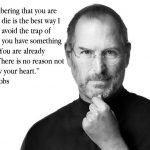