“Starting a company is like throwing yourself off the cliff and assembling an airplane on the way down.” – Reid Hoffman

One of my favorite podcasts on Entrepreneurship is NPR’s How I Built This with Guy Raz. I have been a fan and ardent listener of the show since 2016. Guy Raz dives into the stories behind some of the world’s best-known companies. The Podcast weaves a narrative journey about innovators, entrepreneurs, and idealists—and the movements they built Through the interviews,

Guy asks the entrepreneurs about their journey, the peaks and valleys, and their entrepreneurial journey’s ups and downs. My favorite part of every podcast episode is the way he can humanize these great entrepreneurs.

Award-winning journalist and NPR host Guy Raz has interviewed more than 200 highly successful entrepreneurs to uncover amazing true stories like these. In How I Built This, he shares tips for every entrepreneur’s journey: from the early days of formulating your idea, to raising money and recruiting employees, to fending off competitors, to finally paying yourself a real salary.

Here are my favourite takeaways from reading, How I Built This: The Unexpected Paths to Success from the World’s Most Inspiring Entrepreneurs by Guy Raz.

How I Built This began as an idea, Guy had back in 2008 when he took a class at Harvard Business School during a sabbatical year as a Nieman journalism fellow after nearly eight years as a foreign correspondent. He spent the next seven years hosting Weekend All Things Considered and then TED Radio Hour.

“I still remember my very first interview for How I Built This, which we released in September 2016. Sara Blakely. The inimitable, indefatigable billionaire founder of Spanx. She was a huge get for us. And she was placing a tremendous amount of trust in me. I believed in the concept of the show and in my abilities as an interviewer and a host, but this was still my first foray into a show exclusively about entrepreneurship, and it was still very much an experiment. Sara had graciously agreed to be the guinea pig, and I didn’t want to blow it.”

“Starting a business—starting anything creative, for that matter—is difficult. It is a twisting road with hours, days, weeks, and months filled with struggle and failure and self-doubt and even tears. When you add a sense of isolation to the mix, it’s “Hello, anxiety!”

According to studies out of Duke University, the Kauffman Foundation, the Founder Institute, and Northwestern:

The average entrepreneur is actually 40 years old when launching his or her first startup–and the average age of leaders of high-growth startups is 45 years old.

Most of Guy Raz interviews are themed around the “hero’s journey,” the concept—identified by the author and philosopher Joseph Campbell—that most great epic stories follow a similar narrative arc: a hero has a crazy idea; people doubt her; she leaves the village to pursue her vision, faces untold obstacles, falls into an abyss, barely escapes death, but manages to come out the other side with whatever she was looking for and continues on her journey to an eventual triumphant return.

It defies many of our most human instincts. Our desire for security. Our fear of crazy risks. Our tendency to go with the flow and not make too many waves. As much as we think of ourselves as unique individuals, we also like to fit in and to be chosen—by those who fit in and were chosen before us.

And yet, there is always that one person we know who goes the other way.

Who embraces a different set of instincts. The kind that have driven humans for millennia to leave home, to push boundaries, and to build. For most of history, we have called that kind of person an explorer. But in the twenty-first century, with the frontiers that are still open for exploration no longer physical, but technological, social, intellectual, and economic, we have given that person a new name: entrepreneur.

“Entrepreneurs aren’t chosen, they are made. Self-made. You could be an entrepreneur.”

“Why is it that so many of us are so bad at differentiating between things that terrify us and things that present a real hazard?

Failing is scary. Wasting your life is dangerous.

Having a fall back Plan

Acknowledging privilege and recognizing advantage are essential to understanding the nature of success—both yours and others.

“In the military there is a saying: “Proper preparation prevents poor performance”—the five Ps. In business, you might say, “Product plane crashes produce partnership problems”

Guy ends every interview on How I Built This by asking the guests to what extent they feel luck played a part in their success, compared with things like hard work and skill and intelligence.

“Not because I think there is a right answer, or even that there is an answer at all, but because in attempting to answer this question, they must take a moment to reflect. After spending many hours walking me through every little detail of their entrepreneurial journey—from the call of their idea for a business to the all-is-lost moments they were able to overcome, all the way to their present-day involvement in the company they have worked tirelessly to shape—founders have a chance to think one more time about everything we’ve just talked about, everything they thought about before coming into the studio, and to reevaluate how all the pieces of their story fit together. Almost without fail, this question has produced some of the most revealing parts of the interviews.

Luck, when it comes right down to it, is really just an opportunity waiting to be taken advantage of, and they took advantage of it.

Some Profiled Entrepreneurs in the Book 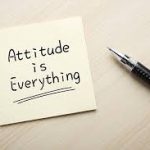 Top 30 Quotes on having a Positive Attitude. 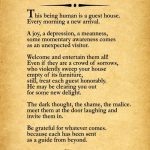 The Guest House by Rumi.

The Science of Fear: How the Culture of Fear Manipulates Your Brain by Daniel Gardner.

Career Rehab: Rebuild Your Personal Brand and Rethink the Way You Work by Kanika Tolver.

The Motivation Manifesto: 9 Declarations to Claim Your Personal Power by Brendon Burchard.