“Most history is guessing, and the rest is prejudice.”

The Lesson of History is a great book that distills the themes and lessons observed from 5,000 years of world history. The book is by the Husband and Wife pair of  William and Ariel Durant, historians and winners of the 1968 Pulitzer Prize for General Nonfiction for their 11-volume book, The Story of Civilization.

The major lesson of history, according to the Durants: Human Nature has not really changed, but Human behavior has evolved. The Lessons learned from history were examined from 12 perspectives:

Here are my favourite takeaways from reading, The Lessons of History by Will and Ariel Durant.

“The present is the past rolled up for action, and the past is the present unrolled for understanding”

Democracy is the most difficult of all forms of government, since it requires the widest spread of intelligence, and we forgot to make ourselves intelligent when we made ourselves sovereign. Education has spread, but intelligence is perpetually retarded by the fertility of the simple. A cynic remarked that “you mustn’t enthrone ignorance just because there is so much of it.” However, ignorance is not long enthroned, for it lends itself to manipulation by the forces that mold public opinion. It may be true, as Lincoln supposed, that “you can’t fool all the people all the time,” but you can fool enough of them to rule a large country.

War is one of the constants of history, and has not diminished with civilization or democracy. In the last 3,421 years of recorded history only 268 have seen no war. We have acknowledged war as at present the ultimate form of competition and natural selection in the human species.

The causes of war are the same as the causes of competition among individuals: acquisitiveness, pugnacity, and pride; the desire for food, land, materials, fuels, mastery. The state has our instincts without our restraints. The individual submits to restraints laid upon him by morals and laws, and agrees to replace combat with conference, because the state guarantees him basic protection in his life, property, and legal rights. The state itself acknowledges no substantial restraints, either because it is strong enough to defy any interference with its will or because there is no superstate to offer it basic protection, and no international law or moral code wielding effective force.

The Ten Commandments must be silent when self-preservation is at stake.

History repeats itself in the large because human nature changes with geological leisureliness, and man is equipped to respond in stereotyped ways to frequently occurring situations and stimuli like hunger, danger, and sex. But in a developed and complex civilization individuals are more differentiated and unique than in a primitive society, and many situations contain novel circumstances requiring modifications of instinctive response; custom recedes, reasoning spreads; the results are less predictable. There is no certainty that the future will repeat the past. Every year is an adventure.

Nations die. Old regions grow arid, or suffer other change. Resilient man picks up his tools and his arts, and moves on, taking his memories with him. If education has deepened and broadened those memories, civilization migrates with him, and builds somewhere another home. In the new land he need not begin entirely anew, nor make his way without friendly aid; communication and transport bind him, as in a nourishing placenta, with his mother country. Rome imported Greek civilization and transmitted it to Western Europe; America profited from European civilization and prepares to pass it on, with a technique of transmission never equaled before. 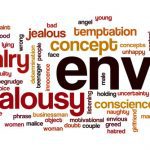 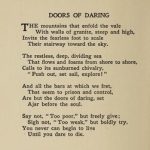