Commitment is the Key.

Motivation is what gets you started. Commitment is what keeps you going.

Commitment is the ability to stick with something long after the initial excitement is gone. Anyone can set a goal but until you decide and commit to getting things done, it would not happen. As Aristotle, once quipped: “We are what we repeatedly do, excellence then is not an act but a habit.

Commitment is a power we all posess but we do not explore it because greatness has a cost. You can either commit to medicority or excellence, productivity or non productivity, happiness or sadness. The moment you commit providence and the universe get the things you need around you.

The price of greatness is hardwork but the challenge for most of us is that we want to have the joy of winning without the commitment to succeed. The Principle of life is pretty straightforward what you see is what you get gabage in gabage out.

“The moment one definitely commits oneself, then Providence moves too. All sorts of things occur to help one that would never otherwise have occurred. A whole stream of events issue from the decision, raising in one’s favor all manner of unforeseen incidents and meetings and material assistance which no man could have dreamed would come his way. —William H. Murray”

The chicken was involved but the Pig was Committed

There is a business fable about the chicken and the pig which is a metaphor for commitment to a project or cause.:

When producing a dish made of eggs with ham or bacon, the pig provides the ham or bacon which requires his or her sacrifice and the chicken provides the eggs which are not difficult to produce. Thus the pig is really committed to that dish while the chicken is only involved, yet both are needed to produce the dish.

In his Book, Today Matters Author John C.Maxwell writes: YOUR COMMITMENT WILL BE TESTED EVERY DAY”

Many people see commitment as an event, something that is done in a moment. They say “I do” in a wedding ceremony. They shake hands to close a business deal. They buy a treadmill in order to exercise. But the commitment doesn’t end with that decision; it’s just getting started. And you better believe that any time you make a commitment to something, it will be tested. That happens in any number of ways:

Perhaps the greatest challenge to commitment is failure. Olympic gold medalist Mary Lou Retton says, “Achieving that goal is a good feeling, but to get there you have to also get through the failures. You’ve got to be able to pick yourself up and continue.

Having to Stand Alone:

When you want to accomplish something, people will try to distract you. They will challenge you. They may even try to get you to compromise your values. It may be unintentional. It may be because they’re worried that if you grow, they will feel left behind. In those moments, you need to ask yourself, “Who am I trying to please?” If you desire to please yourself by following through on your commitments to yourself, there will be times you need to stand alone.

Let’s be honest, a lot of things can go wrong in life. How are you going to react in the face of those disappointments? Sportscaster Harry Kalas once introduced Philadelphia Phillies outfielder Garry Maddox by saying, “Garry has turned his life around. He used to be depressed and miserable. Now he’s miserable and depressed.” That’s not how you want to end up.

When things go wrong, when life gets rough, when the pain becomes great, will you be able to keep going? If you determine to make and keep proper commitments daily, you greatly improve your chances of being able to carry on. As Abraham Lincoln said, “Always bear in mind that your own resolution to success is more important than any other thing.”

[Winner, Most Outstanding Actor in a Motion Picture]

Thanks writers of Fences

So, keep working, keep striving, never give up, fall down seven times, get up eight.

Ease is a greater threat to progress than hardship.

Ease is a greater threat to progress than hardship.

See you at work.

You think greatness goes on sale

Write this down, you cannot have relationship without reciprocity. You cannot have true relationship without reciprocity. You cannot get into a relationship to get and not give. And, I want you to ask yourselves do you give as good as you get? Add up what you’re getting and weigh it against what you’re giving. And, then you will know whether you’re really joined to anything. Yeah, people ‘ll to come to work. They take a job. They’re not committed to the job. They want the check. They want the check. Well, everybody want some money, baby. I’m gonna say it again. Everybody want some money, baby. I’m just here for the check. That’s why it’s not gonna work for you. You don’t understand the reciprocity. Anybody want some money. But, if you’re not willing to give at least as good as you get, it will not last. 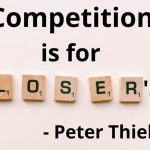 Competition is for Losers by Peter Thiel 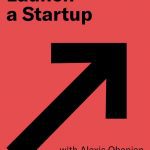