In 2014, Elon Musk delivered a great commencement speech to the Undergraduate graduating students of the USC Marshall School of Business. He delivered his great speech in five minutes and it was very insightful. Elon Musk is the CEO and product architect of Tesla, Inc.; founder of The Boring Company; co-founder of Neuralink; and co-founder and initial co-chairman of OpenAI.

Well, when my brother and I were starting our first company instead of getting an apartment we just rented a small office and we slept on the couch; We showered at the YMCA, and we were so hard up we had just one computer, so the website was up during the day and I was coding at night, seven days a week, all the time. I briefly had a girlfriend during that period and in order to be with me she had to sleep in the office. So work hard, like, every waking hour.

That’s the thing I would say – particularly if you’re starting a company. If you do the simple math, say that someone else is working 50 hours and you’re working 100, you’ll get twice as much done in the course of a year as the other company.”

Work with a great Team

All a company is, is a group of people that are gathered together to create a product or service. So depending upon how talented and hardworking that group is, and the degree to which they’re focused cohesively in a good direction, that will determine the success of the company. So do everything you can to gather great people if you’re creating a company.

Focus on your Business

Focus on signal over noise. A lot of companies get confused, they spend money on things that don’t actually make the product better. So for example, at Tesla, we’ve never spent any money on advertising. We put all the money into Research and Development, and manufacturing, and design to try to make the car as good as possible. And I think that’s the way to go.

For any given company, just keep thinking are the efforts that people are expending resulting in a better product or service?’ If they’re not – stop those efforts.

Focus on signal over noise.

Don’t just follow the trends. You may have heard me say that it’s good to think in terms of the physics approach of first principles. Which is, rather than reasoning by analogy, you boil things down to the most fundamental truths you can imagine and you reason up from there.

This is a good way to figure out if something really makes sense or if it’s just what everybody else is doing. And it’s hard to think that way, we can’t think that way about everything, it takes a lot of effort, but if you’re trying to do something new, it’s the best way to think. And that framework was developed by physicists to figure out counterintuitive things like quantum mechanics, so it’s really a powerful, powerful method.

So I would encourage you to take risks now, do something bold, you won’t regret it. 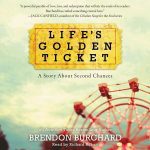 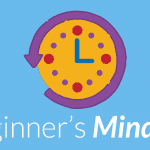