“With the possible exception of Henry Ford, Sam Walton is the entrepreneur of the century.”- TOM PETERS, co-author of In Search of Excellence

Henry Ford was a man of vision who revolutionalized the automobile industry with Model T and, in the process becoming one of the richest men in America.

Henry Ford was an American industrialist and business magnate, founder of the Ford Motor Company, and chief developer of the assembly line technique of mass production. By creating the first automobile that middle-class Americans could afford, he converted the automobile from an expensive curiosity into an accessible conveyance that profoundly impacted the landscape of the 20th century.

His introduction of the Model T automobile revolutionized transportation and American industry. As the Ford Motor Company owner, he became one of the richest and best-known people in the world. He is credited with “Fordism”: mass production of inexpensive goods coupled with high wages for workers.

In his great seminal book, Think and Grow Rich, Napoleon Hill writes on some of the qualities that made Henry Ford one of the most influential entrepreneurs of the 20th century.

A few years back, Ford decided to produce his now famous V-8 motor. He chose to build an engine with the entire eight cylinders cast in one block and instructed his engineers to produce a design for the engine. The design was placed on paper, but the engineers agreed, to a man, that it was simply impossible to cast an eight-cylinder gas engine block in one piece.

“Go ahead,” Ford commanded, “and stay on the job until you succeed no matter how much time is required.”

At the end of the year Ford checked with his engineers, and again they informed him they had found no way to carry out his orders.

They went ahead, and then, as if by a stroke of magic, the secret was discovered.

During the world war, a Chicago newspaper published certain editorials in which, among other statements, Henry Ford was called “an ignorant pacifist.” Mr. Ford objected to the statements and brought suit against the paper for libeling him. When the suit was tried in the Courts, the attorneys for the paper pleaded justification, and placed Mr. Ford, himself, on the witness stand, for the purpose of proving to the jury that he was ignorant. The attorneys asked Mr. Ford a great variety of questions, all of them intended to prove, by his own evidence, that, while he might possess considerable specialized knowledge pertaining to the manufacture of automobiles, he was, in the main, ignorant.

Mr. Ford was plied with such questions as the following: “Who was Benedict Arnold?” and “How many soldiers did the British send over to America to put down the Rebellion of 1776?” In answer to the last question, Mr. Ford replied, “I do not know the exact number of soldiers the British sent over, but I have heard that it was a considerably larger number than ever went back.”

Finally, Mr. Ford became tired of this line of questioning, and in reply to a particularly offensive question, he leaned over, pointed his finger at the lawyer who had asked the question, and said,

“If I should really WANT to answer the foolish question you have just asked, or any of the other questions you have been asking me, let me remind you that I have a row of electric push-buttons on my desk, and by pushing the right button, I can summon to my aid men who can answer ANY question I desire to ask concerning the business to which I am devoting most of my efforts. Now, will you kindly tell me, WHY I should clutter up my mind with general knowledge, for the purpose of being able to answer questions, when I have men around me who can supply any knowledge I require?”

There certainly was good logic to that reply.

That answer floored the lawyer. Every person in the courtroom realized it was the answer, not of an ignorant man, but of a man of EDUCATION. Any man is educated who knows where to get knowledge when he needs it, and how to organize that knowledge into definite plans of action. Through the assistance of his “Master Mind” group, Henry Ford had at his command all the specialized knowledge he needed to enable him to become one of the wealthiest men in America. It was not essential that he have this knowledge in his own mind. Surely no person who has sufficient inclination and intelligence to read a book of this nature can possibly miss the significance of this illustration.

Before you can be sure of your ability to transmute DESIRE into its monetary equivalent, you will require SPECIALIZED KNOWLEDGE of the service, merchandise, or profession which you intend to offer in return for fortune. Perhaps you may need much more specialized knowledge than you have the ability or the inclination to acquire, and if this should be true, you may bridge your weakness through the aid of your “Master Mind” group.”

One of Henry Ford’s most outstanding qualities is his habit of reaching decisions quickly and definitely, and changing them slowly. This quality is so pronounced in Mr. Ford, that it has given him the reputation of being obstinate. It was this quality which prompted Mr. Ford to continue to manufacture his famous Model “T” (the world’s ugliest car), when all of his advisors, and many of the purchasers of the car, were urging him to change it.

Perhaps, Mr. Ford delayed too long in making the change, but the other side of the story is, that Mr. Ford’s firmness of decision yielded a huge fortune, before the change in model became necessary. There is but little doubt that Mr. Ford’s habit of definiteness of decision assumes the proportion of obstinacy, “but this quality is preferable to slowness in reaching decisions and quickness in changing them.

The Model T debuted on October 1, 1908. It had the steering wheel on the left, which every other company soon copied. The entire engine and transmission were enclosed; the four cylinders were cast in a solid block; the suspension used two semi-elliptic springs. The car was very simple to drive and easy and cheap to repair

By 1918, half of all cars in the United States were Model Ts. All new cars were black; as Ford wrote in his autobiography, “Any customer can have a car painted any color that he wants so long as it is black.” 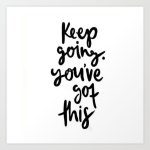