How to Do Nothing: Resisting the Attention Economy by Jenny Odell.

In How to Do Nothing: Resisting the Attention Economy, American artist Jenny Odell writes about the commercialization of our attention and the need to reclaim our time. In a world where addictive technology is designed to buy and sell our attention and our value is determined by our 24/7 data productivity, it can seem impossible to escape. Odell shares strategies for winning back our attention through solitude, redirecting our priorities, and becoming more self-aware.

Nothing is harder to do than nothing. In a world where our value is determined by our productivity, many of us find our every last minute captured, optimized, or appropriated as a financial resource by the technologies we use daily. We submit our free time to numerical evaluation, interact with algorithmic versions of each other, and build and maintain personal brands.

For some, there may be a kind of engineer’s satisfaction in the streamlining and networking of our entire lived experience. And yet a certain nervous feeling, of being overstimulated and unable to sustain a train of thought, lingers. Though it can be hard to grasp before it disappears behind the screen of distraction, this feeling is in fact urgent. We still recognize that much of what gives one’s life meaning stems from accidents, interruptions, and serendipitous encounters: the “off-time” that a mechanistic view of experience seeks to eliminate.

It is a field guide to doing nothing as an act of political resistance to the attention economy, with all the stubbornness of a Chinese “nail house” blocking a major highway.

Platforms such as Facebook and Instagram act like dams that capitalize on our natural interest in others and an ageless need for community, hijacking and frustrating our most innate desires, and profiting from them. Solitude, observation, and simple conviviality should be recognized not only as ends in and of themselves, but inalienable rights belonging to anyone lucky enough to be alive.

Unless we are vigilant, the current design of much of our technology will block us every step of the way, deliberately creating false targets for self-reflection, curiosity, and a desire to belong to a community.

Effects of Social Media on Expression

The invasive logic of commercial social media and its financial incentive to keep us in a profitable state of anxiety, envy, and distraction. It is furthermore the cult of individuality and personal branding that grow out of such platforms and affect the way we think about our offline selves and the places where we actually live.

Many of us are caught up not just in notifications but in the mythology of productivity and progress, unable not only to rest but simply to see where they are.

The first half of “doing nothing” is about disengaging from the attention economy; the other half is about re-engaging with something else. That “something else” is nothing less than time and space, a possibility only once we meet each other there on the level of attention.

Tools for Do Nothing

The first tool has to do with repair. In such times as these, having recourse to periods of and spaces for “doing nothing” is of utmost importance, because without them we have no way to think, reflect, heal, and sustain ourselves—individually or collectively. There is a kind of nothing that’s necessary for, at the end of the day, doing something. When overstimulation has become a fact of life, I suggest that we reimagine #FOMO as #NOMO, the necessity of missing out, or if that bothers you, #NOSMO, the necessity of sometimes missing out.

To do nothing is to hold yourself still so that you can perceive what is actually there.

Unfortunately, our constant engagement with the attention economy means that this is something many of us may have to relearn. Even with the problem of the filter bubble aside, the platforms that we use to communicate with each other do not encourage listening. Instead they reward shouting and oversimple reaction: of having a “take” after having read a single headline.

To stand apart is to take the view of the outsider without leaving, always oriented toward what it is you would have left. It means not fleeing your enemy, but knowing your enemy, which turns out not to be the world—contemptus mundi—but the channels through which you encounter it day to day. It also means giving yourself the critical break that media cycles and narratives will not, allowing yourself to believe in another world while living in this one. Unlike the libertarian blank slate that appeals to outer space, or even the communes that sought to break with historical time, this “other world” is not a rejection of the one we live in.

To stand apart is to look at the world (now) from the point of view of the world as it could be (the future), with all of the hope and sorrowful contemplation that this entails.

Standing Apart represents the moment in which the desperate desire to leave (forever!) matures into a commitment to live in permanent refusal, where one already is, and to meet others in the common space of that refusal. This kind of resistance still manifests as participating,but participating in the “wrong way”: a way that undermines the authority of the hegemonic game and creates possibilities outside of it.”

IF WE THINK about what it means to “concentrate” or “pay attention” at an individual level, it implies alignment: different parts of the mind and even the body acting in concert and oriented toward the same thing.

Through attention and curiosity, we can suspend our tendency toward instrumental understanding—seeing things or people one-dimensionally as the products of their functions—and instead sit with the unfathomable fact of their existence, which opens up toward us but can never be fully grasped or known.

The natural tendency of attention when left to itself is to wander to ever new things; and so soon as the interest of its object is over, so soon as nothing new is to be soon as nothing new is to be noticed there, it passes, in spite of our will, to something else. If we wish to keep it upon one and the same object, we must seek constantly to find out something new about the latter, especially if other powerful impressions are attracting us away.

Spatial and temporal context both have to do with the neighboring entities around something that help define it. Context also helps establish the order of events. Obviously, the bits of information we’re assailed with on Twitter and Facebook feeds are missing both of these kinds of context.

“This new lack of context can be felt most acutely in the waves of hating, shaming, and vindictive public opinion that roll unchecked through platforms like Facebook and Twitter.” 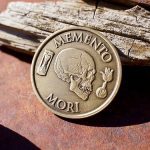 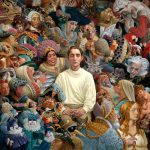