“Smart people are a dime a dozen and often don’t amount to much. What counts is being creative and imaginative. That’s what makes someone a true innovator.” – Walter Isaacson

In Jeff Bezos’s own words, Invent and wander highlights the core principles and philosophy that have guided him in creating, building, and leading Amazon and Blue Origin. Jeff Bezos is one of my favorite entrepreneurs not only because he is the richest man in the world, but because of his long-term view of business and life.

In this collection of Jeff Bezos’s writings—his unique and strikingly original annual shareholder letters, plus numerous speeches and interviews that provide insight into his background, his work, and the evolution of his ideas. Spanning a range of topics across business and public policy, from innovation and customer obsession to climate change and outer space, this book provides a rare glimpse into how Bezos thinks about the world and where the future might take us.

Invent and Wander: The Collected Writings of Jeff Bezos is a very great book that shares the fascinating and inspiring story of Jeff Bezos, how he started Amazon, his obsession to create the most customer-centric company in the world, his core philosophical frameworks such as It is always day one, regret minimization, disagree and commit among others.

Here are some of my favorite takeaways from reading, Invent and Wander: The Collected Writings of Jeff Bezos:

“Smart people are a dime a dozen and often don’t amount to much. What counts is being creative and imaginative. That’s what makes someone a true innovator.” – Walter Isaacson

“So, what are the ingredients of creativity and imagination, and what makes me think that Bezos belongs in the same league as my other subjects?

According to Walter Isaacson, innovative and creative people are: Passionately Curious, they connect Art and Science, they are curious, they have a reality-distortion field, they think differently and they retain their childlike sense of wander.

“Jeff Bezos embodies these traits. He has never outgrown his wonder years. He retains an insatiable, childlike, and joyful curiosity about almost everything. His interest in narrative and storytelling not only comes from Amazon’s roots in the bookselling business; it is also a personal passion. As a kid, Bezos read dozens of science fiction novels each summer at a local library, and he now hosts an annual retreat for writers and moviemakers.

Likewise, although his interest in robotics and artificial intelligence was sparked because of Amazon, these fields have grown to become intellectual passions, and he now hosts another gathering each year that brings together experts interested in machine learning, automation, robotics, and space. He collects historical artifacts from great moments in science, exploration, and discovery. And he connects this love of the humanities and his passion for technology to his instinct for business.”

“That trifecta—humanities, technology, business—is what has made him one of our era’s most successful and influential innovators. Like Steve Jobs, Bezos has transformed multiple industries.”

He would imagine what he would feel when he turned eighty and thought back to the decision. “I want to have minimized the number of regrets I have

It is always Day One

Success and Failure: The Inseparable Twins

It’s All About the Long Term – 1997 Letter to shareholders

“When forced to choose between optimizing the appearance of our GAAP accounting and maximizing the present value of future cash flows, we’ll take the cash flows.”

“We intend to build the world’s most customer-centric company. We hold as axiomatic that customers are perceptive and smart, and that brand image follows reality and not the other way around. Our customers tell us that they choose Amazon.com and tell their friends about us because of the selection, ease-of-use, low prices, and service that we deliver.”

Long-term orientation interacts well with customer obsession. If we can identify a customer need and if we can further develop conviction that that need is meaningful and durable, our approach permits us to work patiently for multiple years to deliver a solution.

No Rest for the Weary

“But there is no rest for the weary. I constantly remind our employees to be afraid, to wake up every morning terrified. Not of our competition, but of our customers. Our customers have made our business what it is, they are the ones with whom we have a relationship, and they are the ones to whom we owe a great obligation. And we consider them to be loyal to us—right up until the second that someone else offers them a better service.”

A DREAMY BUSINESS OFFERING has at least four characteristics. Customers love it, it can grow to very large size, it has strong returns on capital, and it’s durable in time—with the potential to endure for decades. When you find one of these, don’t just swipe right, get married.

The Power of Wandering

“I believe in the power of wandering. All my best decisions in business and in life have been made with heart, intuition, and guts, not analysis. When you can make a decision with analysis, you should do so, but it turns out in life that your most important decisions are always made with instinct, intuition, taste, and heart.”

During Amazons’ hiring meetings, we ask people to consider three questions before making a decision:

Will you admire this person?

If you think about the people you’ve admired in your life, they are probably people you’ve been able to learn from or take an example from. For myself, I’ve always tried hard to work only with people I admire, and I encourage folks here to be just as demanding. Life is definitely too short to do otherwise.

Will this person raise the average level of effectiveness of the group they’re entering?

We want to fight entropy. The bar has to continuously go up. I ask people to visualize the company five years from now. At that point, each of us should look around and say, “The standards are so high now—boy, I’m glad I got in when I did!

Along what dimension might this person be a superstar? 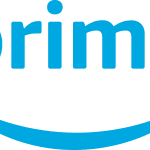