Walter Isaacson on Creativity and Innovation.

“Smart people are a dime a dozen and often don’t amount to much. What counts is being creative and imaginative. That’s what makes someone a true innovator.”

In the introduction of Jeff Bezos’ new book, Invent and Wander: The Collected Writings of Jeff Bezos, Walter Isaacson, Author and Biographer of Leonardo da Vinci, Benjamin Franklin, Ada Lovelace, Steve Jobs, and Albert Einstein. Walterson shares some great insights on some of the qualities that made these men creative and imaginative. He writes:

“Smart people are a dime a dozen and often don’t amount to much. What counts is being creative and imaginative. That’s what makes someone a true innovator.”

“So, what are the ingredients of creativity and imagination, and what makes me think that Bezos belongs in the same league as my other subjects?

The first is to be curious, passionately curious. Take Leonardo. In his delight-filled notebooks we see his mind dancing across all fields of nature with a curiosity that is exuberant and playful. He asks and tries to answer hundreds of charmingly random questions: Why is the sky blue?

What does the tongue of a woodpecker look like? Do a bird’s wings move faster when flapping up or when flapping down? How is the pattern of swirling water similar to that of curling hair? Is the muscle of the bottom lip connected to that of the top lip? Leonardo did not need to know these things to paint the Mona Lisa (though it helped);

He needed to know them because he was Leonardo, always obsessively curious.

“I have no special talent,” Einstein once said. “I am only passionately curious.”

That’s not fully true (he certainly did have special talent), but he was right when he said,

A second key trait is to love and to connect the arts and sciences. Whenever Steve Jobs launched a new product such as the iPod or iPhone, his presentation ended with street signs that showed an intersection of Liberal Arts Street and Technology Street.

“It’s in Apple’s DNA that technology alone is not enough,” he said at one of these presentations. “We believe that it’s technology married with the “humanities that yields us the result that makes our heart sing.”

Einstein, likewise, realized how important it is to interweave the arts and the sciences. When he felt stymied in his quest for the theory of general relativity, he would pull out his violin and play Mozart, saying that the music helped connect him to the harmony of the spheres.

From Leonardo da Vinci, we have the greatest symbol of this connection between the arts and sciences: Vitruvian Man, his drawing of a nude male standing in a circle and a square, a triumph of anatomy, math, beauty, and spirituality.

In fact, it helps to be excited by all disciplines. Leonardo da Vinci and Benjamin Franklin wanted to know everything you could possibly know about everything that was knowable. They studied anatomy and botany and music and art and weaponry and water engineering and everything in between.

People who love all fields of knowledge are the ones who can best spot the patterns that exist across nature. Both Franklin and Leonardo were fascinated by whirlwinds and swirling water. That helped Franklin figure out how storms move up the coast and to chart the Gulf Stream. It helped Leonardo understand how the heart valve works as well as to paint both the water rippling by the ankles of Jesus in the Baptism of Christ and the curls of the Mona Lisa.

People who love all fields of knowledge are the ones who can best spot the patterns that exist across nature.

“Another characteristic of truly innovative and creative people is that they have a reality-distortion field, a phrase that was used about Steve Jobs and comes from a Star Trek episode in which aliens create an entire new world through sheer mental force.

When his colleagues protested that one of Jobs’s ideas or proposals would be impossible to implement, he would use a trick he learned from a guru in India: he would stare at them without blinking and say, “Don’t be afraid. You can do it.” It usually worked.

Related to that is the ability to “think different,” as Jobs put it in a memorable set of Apple ads. The science community at the beginning of the twentieth century was puzzling over how the speed of light seemed to remain constant no matter how fast the observer was moving toward or away from the source.

At the time Albert Einstein was a third-class patent clerk in Switzerland who was studying devices that sent signals between different clocks in order to synchronize them. He came up with an out-of-the-box thought based on his realization that people who were in different states of motion would have different perceptions of whether the clocks were synchronized. Perhaps the speed of light is always constant, he theorized, because time itself is relative depending on one’s state of motion. It took the rest of the physics community a few years to realize that this “theory of relativity” was right.

One final trait shared by all my subjects is that they retained a childlike sense of wonder. At a certain point in life, most of us quit puzzling over everyday phenomena. Our teachers and parents, becoming impatient, tell us to stop asking so many silly questions. We might savor the beauty of a blue sky, but we no longer bother to wonder why it is that color. Leonardo did. So did Einstein, who wrote to another friend, “You and I never cease to stand like curious children before the great mystery into which we were born.” We should be careful to never outgrow our wonder years—or to let our children do so. 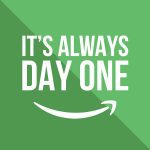 It is always Day One. 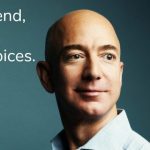 Jeff Bezos “We Are What We Choose” 2010 Princeton University Commencement Speech.

It is always Day One.

The Four Stages of Competence.