It is that time of the year again for new years resolutions, we want to exercise more, read more books, eat healthier, spend more time with family and friends, lose weight, save more money, the list is endless. The challenge with a lot of this new year resolutions is that they are mere wishes as most of us go back to our lives of quite desperation, tip toeing through live and we go back to where we started by february/march.

Gyms around the world always see a surge in the number of people in their facilities and they already know this new year gym goers would soon drop out of the fitness program. The reason a lot of us would not follow through on our new year resolutions just like the new year gym-goers is that we have not mastered the art of goal setting. The key to achieving any goal requires what I call the DCE framework: Decide, Commit and Execute.

In Lewis Carroll’s Alice in Wonderland, there is a great dialogue between Alice and the Cheshire Cat, which sums up one of the great tenets of goal setting: Sense of Direction (Clarity):

“Would you tell me, please, which way I ought to go from here?”
“That depends a good deal on where you want to get to,” said the Cat. “I don’t much care where—” said Alice.
“Then it doesn’t matter which way you go,” said the Cat. “—so long as I get somewhere,”
Alice added as an explanation. “Oh, you’re sure to do that,” said the Cat, “if you only walk long enough.”

“If you don’t know where you are going, you will probably end up somewhere else.” –Lawrence J. Peter

A goal is a dream with a deadline. There are no unrealistic goals just unrealistic timelines. To achieve your goal, you need to decide what is you really want and like Alice in the story above, you need to be clear about how you want to get to your intended destination. You decide by setting clear SMART (Specific, Measureable, Achievable, Realistic and Time-bound Goal). For Example, I decided to read 100 Books in 2021 and the goal was set as:

Motivation is what gets you started. Commitment is what keeps you going.

Commitment is the ability to stick with something long after the initial excitement is gone. A lot of the gym-goers made a decision to work on their fitness at the beginning of the year but would not follow through because they are not committed. To become more committed to your goals might involve using strategies such as writing a blog post about it, having an accountability partner, sharing it on social media, or writing it down. By exploring these strategies, you get a sense of public pressure and you might be motivated to follow through. I committed to listening to 100 Books by December 31st, 2021, and I also blogged about it.

One of the hallmarks of high achievers is that they have a bias for action, they say what they are going to do and they do it. As Wooden Allen once said “80 percent of success in life is just showing up.” You do not need to be great to start but you have to start to be great. Achieving your goals would require you execute on the plan. It is going to get tough but you have to stay motivated and remember why you set the goal in the first place.

In his Book, Goals!: How to Get Everything You Want — Faster Than You Ever Thought, Author Brain Tracy shares some great insights on “Why People Don’t Set Goals”

First, most people don’t realize the importance of goals. If you grow up in a home where no one has goals or you socialize with a group where goals are neither discussed nor valued, you can very easily reach adulthood without knowing that your ability to set and achieve goals will have more of an effect on your life than any other skill. Look around you. How many of your friends or family members are clear and committed to their goals?

They Don’t Know How

The second reason that people don’t have goals is because they don’t know how to set them in the first place. Even worse, many people think that they already have goals. Alas! What they really have is a series of wishes or dreams, like “Be happy” or “Make a lot of money” or “Have a nice family life.”

They Have a Fear of Failure

The third reason that people don’t set goals is because of the fear of failure. Failure hurts. It is emotionally and often financially painful and distressing. All of us have experienced failure from time to time. Each time, we resolve to be more careful and avoid failure in the future. Many people then make the mistake of unconsciously sabotaging themselves by not setting any goals at which they might fail. They end up going through life functioning at far lower levels than are truly possible for them.

They Have a Fear of Rejection

The fourth reason that people don’t set goals is because of the fear of rejection. People are afraid that if they set a goal and are not successful, others will criticize or ridicule them. This is one of the reasons why you should keep your goals confidential when you begin to set goals. Don’t tell anyone. Let others see what you have accomplished, but don’t tell them in advance. What they don’t know can’t hurt you.

In a 1979 Harvard Business School MBA study on goal setting, the graduating class was asked a single question about their goals in life. The question was this:

Have you set written goals and created a plan for their attainment?

Prior to graduation, it was determined that:

According to a Harvard Study: 83% of the population does not have goals, 14% have a plan in mind, but are unwritten goals and 3% have goals written down.

Everything fashioned by human beings is a result of goal setting. We reach our goals. That’s how we know that the diseases that plague us will be conquered. We have set goals to eradicate all diseases that plague us – and eradicate them we will, one by one. We have never set a goal that we have not reached – even landing on the moon – or are not now in the process of reaching.

No one has ever made a purposeful accomplishment without a clear goal toward which to work.

You will become what you think about. If your thinking is circular and chaotic, your life will reflect that chaos. But if your thinking is orderly and clear, if you have a goal that is important for you to reach, then reach it you will.

“Success is the progressive realization of a worthy goal,” or, in some cases, “. . .the pursuit of a worthy ideal.”

It means that anyone who’s on course toward the fulfillment of a goal is successful now. Success does not lie in the achievement of a goal, although that’s what the world considers success; it lies in the journey toward the goal. We’re successful as long as we’re working toward something we want to bring about in our lives. That’s when the human being is at his best. That’s what Cervantes meant when he wrote, “The road is better than the inn.”

We become what we think about. And when we’re possessed by an exciting goal, we reach it. That’s why it’s been said, “Be choosy, therefore, what you set your heart upon. For if you want it strongly enough, you’ll get it.”

In No Excuses!: The Power of Self-Discipline, Brain Tracy writes about the power of writing your goals down:

Twelve months later, they followed up on the respondents in this study, and what they found was astonishing. Of the people who had set New Year’s resolutions but had not written them down, only 4 percent had actually followed through on their resolutions. But among the group who had written down their New Year’s resolutions (an exercise requiring only a couple of minutes), 44 percent had followed through on them. This is a difference of more than 1,100 percent in success, and it was achieved by the simple act of crystallizing the resolutions or goals on paper.

“Writing is called a “psycho-neuro-motor activity.” The act of writing forces you to think and concentrate. It forces you to choose what is more important to you and your future. As a result, when you write down a goal, you impress it into your subconscious mind, which then goes to work twenty-four hours a day to bring your goal to reality.”

“Only 3 percent of adults have written goals, and everyone else works for those people.” In life, you either work to achieve your own goals or you work to achieve the goals of someone else. Which is it going to be?

“Only 3 percent of adults have written goals, and everyone else works for those people.”

Canadian clinical psychologist and author of “12 Rules for Life”, Jordan B. Peterson advised you aim small in the beginning:

You don’t want to shoulder too much to begin with, given your limited talents, tendency to deceive, burden of resentment, and ability to shirk responsibility. Thus, you set the following goal: by the end of the day, I want things in my life to be a tiny bit better than they were this morning. Then you ask yourself, “What could I do, that I would do, that would accomplish that, and what small thing would I like as a reward?” Then you do what you have decided to do, even if you do it badly. Then you give yourself that damn coffee, in triumph. Maybe you feel a bit stupid about it, but you do it anyway. And you do the same thing tomorrow, and the next day, and the next. And, with each day, your baseline of comparison gets a little higher, and that’s magic. That’s compound interest. ”

Author and Motivational Speaker Jim Rohn, had some great ideas on Goal Setting:

There are short-term goals and long-term goals. Sometimes you’re flying across the country; other times you’re just walking down to the corner grocery store. Long-term goals are the equivalent of a major journey. When you reach the point where you’ve achieved your long-term goals, your life will be fundamentally changed, and the process of getting to that point will have transformed you into a stronger, wiser, and higher-performing person.

How can you identify your long-term goals? On a sheet of paper or in a notebook, write these five questions:

Goal setting is a very important first step, but goal achievement is a continuous, lifelong process. That’s what makes it so challenging. That’s also why it’s so extremely rewarding to finally attain your long-term goals. 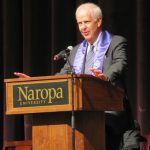 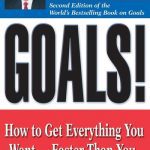 Prove them all wrong.

Your Time is Limited.