“If you want people to move away from their prior convictions, and to correct a false rumor, it is best to present them not with the opinions of their usual adversaries, whom they can dismiss, but instead with the views of people with whom they closely identify.”

In “On Rumors: How Falsehoods Spread, Why We Believe Them, What Can Be Done,” American legal scholar Cass Sunstein writes about the ever-pervasive problem – rumors.

Rumors often arise and gain traction because they fit with, and support, the prior convictions of those who accept them. Some people and some groups are predisposed to accept certain rumors because those rumors are compatible with their self-interest, or with what they think they know to be true. Some people are strongly motivated to accept certain rumors because it pleases them to do so.

Rumors are nearly as old as human history, but with the rise of the Internet, they have become ubiquitous. In fact we are now awash in them. False rumors are especially troublesome; they impose real damage on individuals and institutions, and they often resist correction. They can threaten careers, relationships, policies, public officials, democracy, and sometimes even peace itself.

Many of the most pervasive rumors involve governments—what officials are planning and why. Others involve famous people in politics, business, and entertainment, or companies, large and small. Still others involve people who are not at all in the public eye. On Facebook and on Twitter, everyone is at some risk. All of us are potentially victims of rumors, including false and vicious ones.

Many of us accept false rumors because of either our fears or our hopes. Because we fear al-Qaeda, we are more inclined to believe that its members are plotting an attack near where we live. Because we hope that our favorite company will prosper, we might believe a rumor that its new product cannot fail and that its prospects are about to soar.

In the context of war, one group’s fears are unmistakably another group’s hopes—and whenever groups compete, the fears of some are the hopes of others. Because rumors fuel some fears and alleviate others, radically different reactions to the same rumor are inevitable.

Cascades occur because each of us tends to rely on what other people think and do. If most of the people we know believe a rumor, we tend to believe it too.

Cascades occur because each of us tends to rely on what other people think and do. If most of the people we know believe a rumor, we tend to believe it too. Lacking information of our own, we accept the views of others. When the rumor involves a topic on which we know nothing, we are especially likely to believe it.

A cascade occurs when a group of early movers say or do something and other people follow their signal. In the economy, rumors can fuel speculative bubbles, greatly inflating prices, and indeed speculative bubbles help to account for the financial crisis of 2008. Rumors are also responsible for many panics, as fear spreads rapidly from one person to another, creating self-fulfilling prophecies. And if the relevant rumors trigger strong emotions, such as fear or disgust, they are far more likely to spread.

Group polarization refers to the fact that when like-minded people get together, they often end up thinking a more extreme version of what they thought before they started to talk to one another. Suppose that members of a certain group are inclined to accept a rumor about, say, the malevolent intentions of an apparently unfriendly group or nation. In all likelihood, they will become more committed to that rumor after they have spoken among themselves. Indeed, they may have moved from being tentative believers to being absolutely certain that the rumor is true, even though all they know is what other group members think.

“The simple idea is that people process information in a way that fits with their own predilections.”

Biased assimilation refers to the fact that people process new information in a biased fashion; those who have accepted false rumors may not easily give up their beliefs, especially when they have a strong emotional commitment to those beliefs. It can be exceedingly hard to dislodge what people think, even by presenting them with the facts. That presentation might cause them to become more entrenched.

Prurient, cruel, and malicious propagators will be especially effective when those who read or hear them are facing some kind of distress and when they seek to make sense out of their situation. Their actions are especially worrisome insofar as they are able to spread rumors about ordinary people who find that their reputations, their relationships, and their careers are seriously damaged. Such rumors often stick, and even if they do not, they can raise questions and doubts that haunt people for a long time.

In the aftermath of a crisis, numerous speculations will be offered. To some people, those speculations will seem plausible, perhaps because they provide a suitable outlet for outrage and blame. Terrible events produce outrage, and when people are outraged, they are all the more likely to accept rumors that justify their emotional states, and also to attribute those events to intentional action. Some rumors simultaneously relieve “a primary emotional urge” and offer an explanation, to those who accept them, of why they feel as they do; the rumor “rationalizes while it relieves.

“When conditions are bad, rumors, both true and false, tend to spread like wild-fire. It has been observed that rumors do well “in situations characterized by social unrest. Those who undergo strain over a long period of time—victims of sustained bombings, survivors of a long epidemic, a conquered populace coping with an army of occupation, civilians grown weary of a long war, prisoners in a concentration camp, residents of neighborhoods marked by interethnic tension” are likely to believe and to spread false rumors.”

Rumors are often initiated by self-conscious propagators, who may or may not believe the rumors they spread. Rumor propagators have diverse motivations.

Some propagators are narrowly self-interested. They seek to promote their own interests by harming a particular person or group. They want to make money, to win some competition, or otherwise to get ahead. They spread rumors for that reason.

Other propagators are generally self-interested. They may seek to attract readers or eyeballs by spreading rumors.

Propagators of this kind are entirely willing to publish rumors about people’s professional or personal lives, and those rumors may be false. But they have no stake in hurting anyone. However serious, the damage turns out to be collateral. On the Internet, people often publish false rumors as a way of attracting eyeballs. Those who spread baseless gossip fall into this category. Their initiation of the rumor might be based on no evidence, a little, a moderate amount, or a great deal. What matters is that their self-interest is conspicuously at stake.

Still other propagators are altruistic. They are concerned with some kind of cause. When they say that some public person has a ridiculous or dangerous belief, or has engaged in terrible misconduct, they are attempting to promote the public good as they see it. In starting or spreading a rumor about an individual or an institution, propagators often hope to help the cause they favor.

When a false rumor is spreading, of course, those who are injured by it do not want balanced information. They want the falsehood to be corrected.

“ Corrections of false impressions can actually strengthen those very impressions.”

If a false rumor is circulating, efforts at correction may not help; they might even hurt. Once a cascade has spread false information or group polarization has entrenched a false belief, those who tell the truth in order to dispel the rumor may end up defeating their own goal.

People’s tendency to work especially hard to disprove arguments that contradict their original beliefs. If our judgments are motivated, then it is easy to see why balanced information might serve only to entrench our original beliefs.

“A good way to squelch a rumor is to demonstrate that those who are apt to believe it in fact do not.”

Even if false rumors are everywhere, we are inclined to suspect that they contain a glimmer of truth, especially when they fit with, and support, what we already believe. True, a higher dose of skepticism is a likely consequence of a world with so many unreliable voices. But even in such a world, propagators of false rumors will have many successes.

Often the truth fails to catch up with a lie. 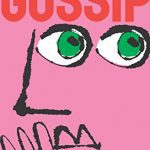 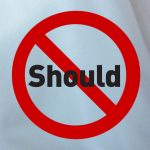 The Tyranny of Shoulds.