It might not seem so but everyone is trying to figure it out. From your favorite sports athlete, musician, politician, entrepreneur, you name it. Barrack Obama, Beyonce, Jordan, Oprah Winfrey, Bill Gates, and anyone you have come across even Donald Trump. We live in a world where showing a little vulnerability is seen as a sign of weakness, especially for men, it is recommended you numb your pain, deal with it, hence we have a society filled with people hiding their inadequacies, pretending to be perfect, we are all performing for the world through social media by sharing our well-curated perfect life and in the process making others depressed, envious, jealous and in turn everyone is striving for perfection.

One of the greatest truism of life is that: “You do not need to be great to start but you have to start to be great”. Anything worthwhile takes time, commitment and consistency to achieve your set goals and aspirations. As Earl Nightingale once said “Success is the progressive realization of a worthy goal or ideal.” My favourite Nursery rhyme is ” Good better best never let it rest until good is better and better is best.”

I recently started learning Python Programming Language and I must confess, it’s been a roller coaster ride like it is meant to be when you are trying to learn a new skill, it requires day in day out, relentless practice, and effort to get the concepts and being able to think programmatically. I commit at least one hour a day to practicing python through learning via books, video tutorials, pet projects, and constant reinforcement. I am not yet a great programmer but every day, I am getting closer to achieving the goal I set earlier in the year to become proficient in the python programming language.

Greatness lies, not in being strong, but in the right using of strength; and strength is not used rightly when it serves only to carry a man above his fellows for his own solitary glory. He is the greatest whose strength carries up the most hearts by the attraction of his own. – Henry Ward Beecher

Many of us set new years resolutions at the beginning of the year such as 100 Books Reading Challenge, 50 Audiobooks Listening Challenge, 50 Magazines Reading Challenge, Project Python 2021 among other goals but a lot of us fail to follow through on these commitments because the moment it gets tough we give up. Anyone can say they want to read more books in the year but what separates the high achievers and the low achievers is that high achievers DECIDE what they want, COMMIT to implementing various strategies and EXECUTE on the plans they set forth in achieving their goals and aspirations.

We get rewarded in public for what we relentlessly practice and refine in the dark. For a lot of us, the moment no one is watching we cut corners, we take shortcuts but the reality with shortcuts is: “If you take shortcuts, you would be cut short.” There are no shortcuts in life, there are no elevators to success, you have to take the staircase, you have to work hard, grind relentlessly day in day out because if you work hard, what is hard would eventually work. As Napoleon Hill noted in his great book, Think and Grow Rich: “Success requires no apologies. Failure permits no alibis.” Daily progress in what you are trying to achieve is more important than trying to strive for perfection as the compound effect of your effort would eventually show up, if you keep at it.

“We’re all fools,” said Clemens, “all the time. It’s just we’re a different kind each day. We think, I’m not a fool today. I’ve learned my lesson. I was a fool yesterday but not this morning. Then tomorrow we find out that, yes, we were a fool today too. I think the only way we can grow and get on in this world is to accept the fact we’re not perfect and live accordingly.”― Ray Bradbury, The Illustrated Man

Reid Hoffman, co-founder and executive chairman of LinkedIn once quipped: “If you are not embarrassed by the first version of your product, you’ve launched too late.” One of the teachings of the lean methodology has popularized by Eric Reis in his book, The Lean Startup: How Today’s Entrepreneurs Use Continuous Innovation to Create Radically Successful Businesses, is the concept of the Minimum Viable Product (MVP) which is a version of a product with just enough features to be used by early customers who can then provide feedback for product development. The key to achieving any goal or executing on an idea is to start and continuously improve, progress is more important than perfection. Just Do It.

“In every work of genius we recognize our own rejected thoughts; they come back to us with a certain alienated majesty.” – Ralph Waldo Emerson

The most important part of birthing an idea to life is starting; many of us do not start that great enterprise, write that book, volunteer for a great course, run for office, make that move because of fear of the unknown and the fear of judgment. We say to ourselves, who am I to start the idea? Who are you not to start the idea? Every great idea was conceived and executed by humans like you and me, from Steve Jobs to Walt Disney to Mark Zuckerberg. They all had an Idea; they surrounded themselves with people who would help them achieve their vision, permitted themselves to be great, and executed. It is tough to execute an idea, especially ones that would make a dent in the universe, which is why many do not follow through.

What distinguishes the successful from the unsuccessful is their relentless pursuit of excellence and a great bias for action. Anyone can have an idea, we all do, but the best executor of an idea is the winner. The biggest brands we all admire started from somewhere, most of them in their garage, dorm rooms, through an epiphany, during research of something else. Every Idea has two life forms: first, in the subconscious mind, and eventually, it gets produced through our conscious mind. Aristotle once said, “We are what we repeatedly do. Excellence, then, is not an act, but a habit.” Contrary to what you see on social media, everyone is trying to figure it out. No one has it figured out; for example, Barrack Obama might seem to have his oratory skills figured out, he might be struggling with using new media tools.

It’s estimated that 970 million people worldwide had a mental or substance use disorder in 2017. The largest number of people had an anxiety disorder, estimated at around 4 percent of the population.

One of the greatest menace in our society is the mental health pandemic we are facing as a generation. According to the Our World in Data Research titled “Mental Health” by Hannah Ritchie and Max Roser: It’s estimated that 970 million people worldwide had a mental or substance use disorder in 2017. The largest number of people had an anxiety disorder, estimated at around 4 percent of the population. Many mental health issues in the world might be traced to our addiction to our mobile phones, social media and the unintended consequences of using these platforms and gadgets such as impatience, intolerance, and striving for perfection.

“Until one is committed, there is hesitancy, the chance to draw back, always ineffectiveness. Concerning all acts of initiative and creation, there is one elementary truth the ignorance of which kills countless ideas and splendid plans: that the moment one definitely commits oneself, then providence moves too. All sorts of things occur to help one that would never otherwise have occurred. A whole stream of events issues from the decision, raising in one’s favour all manner of unforeseen incidents, meetings and material assistance which no man could have dreamed would have come his way. Whatever you can do or dream you can, begin it. Boldness has genius, power and magic in it. Begin it now.” ― William Hutchison Murray

The key to succeeding in any venture is to decide what is it you want, commit to achieve your goals, and execute relentlessly. When the going gets tough like they often do, remember why you started in the first place, who and what you are doing it for. The road to the top is filled with bumps and hurdles but that is what makes the journey worthwhile. A journey of a thousand miles begins with a single step, just do it, you would figure it out as you go on, and always remember, you do not need to be great to start but you have to start to be great. Perfection is a myth, no one is perfect, we are all work in progress. Keep pushing, grinding and executing, progress not perfection.

“We are all broken in some way. But it’s all the shattered pieces that give us depth. Like stained glass, it’s how the pieces and colors fit together that truly makes us beautiful.” ― Adriana Law, Falling for a Bentley

At the root of perfectionism is fear, the fear of making a mistake, fear of failure, fear of being judged, fear of being laughed out, fear of people finding out that you have not figured it out, but the reality is that no one has it figured out, we are all struggling at one area of our lives, we all have weaknesses and inadequacies. There are times you would give your all, and you would not achieve your goals, sometimes you prepare well for an exam and still fail, sometimes you do all the right things in a business or marriage, and it still does not work out. Every wall is a door, do not panic; this too shall pass, every wound shall eventually heal, the sun would rise tomorrow. Every mess has got an inherent message, everything that lessens you has got an inherent lesson. The key is to see the message in a mess and make a door through every wall, make every disappointment a blessing. 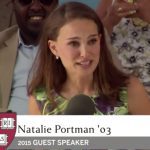 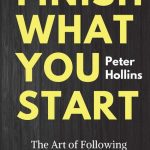 Book Summary- Finish What You Start: The Art of Following Through, Taking Action, Executing, & Self-Discipline by Peter Hollins.