Selfie: How We Became So Self-Obsessed and What It’s Doing to Us by Will Storr.

“Stopping the war of perfection that’s happening in your head is just the first step. Once you’ve quit trying to be who you’re not, you can make an assessment of the things you’re doing with your life.”

Journalist and novelist Will Storr takes the reader on a journey from the shores of Ancient Greece, through the Christian Middle Ages, to the self-esteem evangelists of 1980s California, the rise of narcissism and the “selfie” generation, and right up to the era of hyper-individualism in which we live now. Selfie tells the epic tale of the person we all know so intimately―because it’s us.

Suicide is a mystery. It seems to go against everything we know about human nature in some elemental way. We’re animals of progress. We’re doers, strivers, fighters. Whether our aims are good or ill, we push and we push, building great cities, burrowing great mines, forging great empires, destroying climates and habitats and the limits of yesterday’s fantasies, bending the forces of the universe to turn magic into the everyday. We want things and we get them; we’re greedy, ambitious, canny, relentless. Self-destruction has no place in this schema. It doesn’t fit. Except it does. It must do.

“Today, over a twelve-month period, between 8 and 10 per cent of the entire adult population of the US and UK uses antidepressants.“

If you’re prone to social perfectionism, your self-esteem will be dangerously dependent on keeping the roles and responsibilities you believe you have. You’ll tend to agree with statements such as, ‘People expect nothing less than perfection from me’ and ‘Success means that I must work harder to please others.’ It’s not about what you expect of yourself. ‘It’s what you think other people expect, You’ve let others down because you’ve failed to be a good father or a good brother – whatever it is.’

‘Men compare themselves against a masculine “gold ” standard” which prizes power, control and invincibility. When men believe they are not meeting this standard, they feel a sense of shame and defeat.”

In Britain, needle exchanges in some cities have reported a 600 per cent increase in their use in the decade to 2015. Spending on gym membership in 2015 alone rose by 44 per cent. A government enquiry into the problem concluded, ‘body image dissatisfaction is high and on the increase’. All of us, male and female, are apparently feeling increasing pressure to be perfect.

Of course, perfectionism isn’t something we either have or don’t have: it’s not a virus or a broken bone. It’s a pattern of thinking. Everyone sits somewhere on the perfectionist scale. We’re all more or less perfectionist, with those in the upper levels being more sensitive to signals of failure in the environment. Even if you don’t consider yourself a perfectionist, it’s likely you have an idea of the person you feel you ought to be and experience at least a pang when you don’t measure up to it. That resonant moment of longing sorrow when you realize you’ve failed – that’s what we’re talking about.

Self-oriented perfectionism’ is the one that isn’t social – the demands for perfection come from within the self. There’s ‘narcissistic perfectionism’, in which people believe they’re absolutely capable of reaching the highest heights but become vulnerable when they finally realize that, actually, they’re not.

“These people suffer from low self-esteem and ‘just feel like they never measure up’. They’re worried and anxious people who have a ‘massive discrepancy’ between who they are and who they want to be. They make sweeping generalizations about themselves, so if they’re ‘not efficient’ at a particular thing, they experience it as a failure of the entire self. ‘It’s this all or nothing thinking,’ he says. ‘With that comes a lot of self-loathing.’ Often, it begins with a simple belief that they don’t matter, ‘but if they just achieve at a certain level, they will matter. Being perfect will either compensate for these defects or fool others into thinking they don’t have them.”

That’s the tendency to put on a false front of seeming perfect, where you cover up mistakes and shortcomings,’ he said. ‘You’ll see this especially among younger people, who portray their lives on social media. For the person who feels they need to keep up with others, that seems to be an added pressure. It’s like, “Here’s my perfect life, take a look at it”.’ Everybody judges their own worth by comparing themselves to others. That’s simply how minds work.

When people feel like failures, they’re comparing their own self to an ideal of what a self should be like and then concluding they somehow come up short. It’s our culture that largely (although not entirely) defines who this ideal self is and what it looks like. It assails us with this perfect self that we’re all supposed to want to be like, in films, books, shop windows, newspapers, advertising, on the television and the internet – everywhere it can. Most of us feel pressured, in some way, into living up to this cultural model of perfection.

“Of course, everyone has a slightly different version of the ideal self that they’re aiming to be, depending on their gender, their spiritual beliefs, their age, their family and peer background, their job and so on”

It’s not difficult, though, to detect the general model of ideal selfhood that the culture of today has come up with. It’s usually depicted as an extroverted, slim, beautiful, individualistic, optimistic, hardworking, socially aware yet high-self-esteeming global citizen with entrepreneurial guile and a selfie camera. It enjoys thinking it’s in some way unique, that it’s trying to ‘make the world a better place’, and one of the traits it’ll value highly is that of personal authenticity, or ‘being real’. It’ll preach that in order to find happiness and success, you must be ‘true to yourself’ and ‘follow your dreams’.

It’s thought that the stories our parents tell us, and their characteristic shape, begin to play a part in building our understanding of self and life no earlier than the age of two. Between five and seven, the content of those stories – including ideas about cultural roles, institutions and values – starts to merge with our sense of who we are and who we should be in society. We now have a model of our ‘cultural self.

Life is change that yearns for stability. – Professor Roy Baumeister

What all this work suggests is that a foundational idea of the Humanistic Psychologists is simply wrong – there is no authentic core to us, no essential, happy and perfect version of the self that can be exposed by stripping back the repressing expectations of society. In fact, the self is modular. We’re made up of many competing selves, all of which are equally ‘us’, and which fight for dominance. Different versions of us emerge depending on where we are, what we’re doing, who we’re with and how aroused we happen to be. Our sense of who we actually are turns out to be critically dependent on what we believe others think of us.

Our sense of who we actually are turns out to be critically dependent on what we believe others think of us.

The Age of Perfectionism

In December 2006, in honour of this development, Time Magazine awarded their famous annual Person of the Year cover to ‘You’.

Two weeks later, Steve Jobs introduced the world to the iPhone. Between 2006 and 2008, Facebook’s user base grew from 12 million to 150 million. Between 2007 and 2008, Twitter went from hosting 400,000 tweets per quarter to 100 million. ‘You’ had arrived. And to get along and get ahead in this new you-saturated arena, you had to be a better you than all the other yous that were suddenly surrounding you.

You had to be more entertaining, more original, more beautiful, with more friends, have wittier lines and more righteous opinions, and you’d best be doing it looking stylish in interesting places with your breakfast healthy, delicious and beautifully lit.

“In 2008, this already intensely competitive, status-obsessed neoliberal realm collided with a global economic catastrophe. In the fallout of the financial crisis, even greater pressure was placed on the ordinary Western individual. The age of perfectionism was here.”

Every day, millions of us are needled and outraged by the hysterically stated views of those with whom we don’t agree. Our irritation pushes us into a place of fiercer opposition. The more emotional we become, the less rational we become, the less able to properly reason. In an attempt to quieten the stress, we begin muting, blocking, de-friending and unfollowing. And we’re in an echo chamber now, shielded from diverse perspectives that might otherwise have made us wiser and more empathetic and open.

Safe in the digital cocoon we’ve constructed, surrounded by voices who flatter us with agreement, we become yet more convinced of our essential rightness, and so pushed even further away from our opponents, who by now seem practically evil in their bloody-minded wrongness.

Not only does the fact that our mobile phones are always with us exacerbate this problem, so does the structure of social media platforms that place us on the same stream, and afford us the same space, as world-famous celebrities. It invites us to feel a kind of equivalence with them and to compare ourselves to them. What’s more, because the new famous are partly comprised of reality TV and social media stars, they seem much more like us than the old-fashioned species.

‘The problem with selfie-taking and this constant focus on appearance is that you’re retraining yourself to think, “What do I look like right now? Do I look fat? Why is that guy looking at my hair? Where’s the mirror?” We all know teenagers are horrible to each other. They’re in this constant state of heightened awareness about their appearance and about what people might be saying about them.’

And what we see is studies that show social media is associated with diminished well-being and lower life satisfaction, because people are always looking at other people with better lives.’ And awareness of the artifice that’s inherent in social media is, apparently, no protection. ‘In that minute, we accept all the fake stuff as real. We don’t question it. And all sorts of bad things can come out of us fixating particularly on our appearance, really nasty effects: eating disorders, diminished cognitive performance, depression, suicidal thoughts.

Story of our Life

If the self is a story, then the story the Western self wants to tell is one of progress. Reality is chaos, chance and injustice, our future is illness, bereavement and death. All about us there is terrifying change, and there’s little we can do to manage it. But our sense of self hides this disturbing fact from us. It leads us to believe we’re heroes, captaining the plots of our lives.

All we ever wanted was the illusion of control. But we have none, not really. And neither do the people around us who seem so intimidating in all their radiant perfection. Ultimately, we can all take comfort in the understanding that they’re not actually perfect, and that none of us ever will be. We’re not, as we’ve been promised, ‘as gods’. On the contrary, we’re animals but we think we’re not animals. We’re products of the mud. 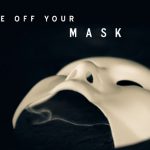 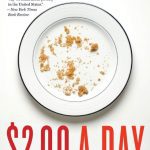