Someday – The legendary place where your hopes, dreams, goals, and aspirations all magically come to fruition.

Someday is dangerous and paralyzing. It traps you in the land of Nowheresville.

What do you want to become when you grow up? It is one of the silly questions you get asked by adults who are also yet to figure out their lives; what they don’t tell you is that they live a script you might follow someday. The Script was handed to them by the society, their parents, their caregivers, and their indoctrination by the school system. We get domesticated to stop listening to our inner voice, and we become fixated on the future, someday. A lot of us live on a deferred life plan, always looking to do everything in the future.

The script goes thus: Go to school, get good grades, graduate, get a good job, get married, have kids, and DIE. If you deviate from that script, you get called a rebel, maverick, a black sheep for going against the herd or the groupthink. The “what you want to become question” makes a lot of us to be more interested in the Event (future) than the Process (Routine, Habits). We go to jobs we don’t like, share one-third of our lives with colleagues we can’t stand, to get the money to impress people who don’t give a sh*t about us.

“Happiness is a journey, not a destination. For a long time it seemed to me that life was about to begin—real life. But there was always some obstacle in the way, something to be gotten through first, some unfinished business, time still to be served, a debt to be paid. At last it dawned on me that these obstacles were my life. This perspective has helped me to see there is no way to happiness. Happiness is the way. So treasure every moment you have and remember that time waits for no one.” – Alfred D. Souza

In his book, No Excuses!: The Power of Self-Discipline, Brain Tracy writes about the Someday Isle:

“Not only do we all want the same things, but we all know what we have to do to achieve them. And we all intend to do those things, sometime. But before we get started, we decide that we need to take a little vacation to a wonderful fantasy place called ‘Someday Isle.’

“We say that ‘Someday I’ll read that book. Someday I’ll start that exercise program. Someday I’ll upgrade my skills and earn more money. Someday I’ll get my finances under control and get out of debt. Someday I’ll do all those things that I know I need to do to achieve all my goals. Someday.’”

Probably 80 percent of the population lives on Someday Isle most of the time. They think and dream and fantasize about all the things they are going to do “someday.”

“What is the chief topic of conversation on Someday Isle? Excuses! They all sit around and swap excuses for being on the island.“Why are you here?” they ask each other.

Not surprising, their excuses are largely the same: “I didn’t have a happy childhood,” “I didn’t get a good education,” “I don’t have any money,” “My boss is really critical,” “My marriage is no good,” “No one appreciates me,” or “The economy is terrible.”

They have come down with the disease of “excusitis,” which is invariable fatal to success. They all have good intentions, but as everyone knows, “The road to hell is paved with good intentions.”

“The road to hell is paved with good intentions.”

The first rule of success is simple: Vote yourself off the island!

No more excuses! Do it or don’t do it—but don’t make excuses. Stop using your incredible brain to think up elaborate rationalizations and justifications for not taking action. Do something. Do anything. Get on with it! Repeat to yourself: “If it’s to be, it’s up to me!”

In his book, “A Complaint Free World” Will Bowen writes:

From the moment we first draw breath, we are moving toward the grave. When we’ll get there, none of us knows. The tragedy is not to die but to have never lived. To never have enjoyed where we are.

We tend to relegate happiness to “someday.” When all of our problems are resolved, we will be happy. Well, the only day you will no longer have problems is the day when you exhale for the final time. Until then, there will be challenges and struggles, so you might as well make the decision—yes, the decision—to be happy.

From the moment we first draw breath, we are moving toward the grave.

Author John C. Maxwell, in his very insightful book, “Put Your Dream to the Test: 10 Questions to Help You See It and Seize It” he called the someday trap: “The Destination Disease.”:

If you’re convinced that someday is going to be your best day, you won’t put enough into today—or get enough out of it.

People think that arriving at a certain place in life will bring them happiness. What a shame. Because the reality is that many times, when we arrive where we hoped we would, we discover that it wasn’t what we expected. If you become fixated on a destination—even a dream destination—you can miss all the great things that happen along the way. And you miss the joy of today. If you’re convinced that someday is going to be your best day, you won’t put enough into today—or get enough out of it.

The process is everything. Who you become in the process makes a difference.

Entrepreneur and Author MJ DeMarco, in his great book “The Millionaire Fastlane”, he shares some great thoughts on the Someday Trap:

And yet, someday never comes.

Someday is a distant horizon in the theater of your mind.

Someday is dangerous and paralyzing. It traps you in land of Nowheresville. Someday is here, now, pristine and clean and begging no allegiance for tomorrow. The Fastlane petitions you for this simple transformation: Make someday today.

Ever drive somewhere and all the traffic lights are green? Unfortunately, when it comes to opportunity and risk minimization, people wait for perfect timing-they wait for all lights to go green, which summons the “somedays.” Ask anyone seeking Slowlane escape … why haven’t you made the leap? What are you waiting for? It’s always some excuse…

“I’m waiting for a promotion.”

“I’m waiting for my kids to be older.”

“I’m waiting to be debt-free.”

“I’m waiting until I inherit money.”

“I’m waiting for the new year.”

“I’m waiting for the economy turn around.”

“I’m waiting until I fix the hot-water heater.”

The common thread is always the same … “I’m waiting.”

But waiting for what? Someday!

Someday for something, some event, or some precondition. Sadly, these mentally constructed provisions come and go, leaving the opportunity seeker stuck in the same rut for years. Waiting for all green lights is waiting for the skies to turn purple on the third Wednesday in November.

Let me be clear if I haven’t been:

“There is never a perfect time. Someday is today. Today is now. A week is 7 todays strung together while a year is 365. Today is all you’ve got! And if you wait, opportunity passes. Your Fastlane journey never starts and year after year passes with new preconditions being added while the old ones are satisfied. While opportunity passes, guess what else passes? Time. Ring up the cheesy soap opera music. Yes, as time passes, so do the sands of your life . . . and these are the days of our lives.”

The Key to leaving the someday island and getting yourself out of the “someday trap” is to DECIDE to stop giving excuses and to COMMIT to following your bliss. It is going to be tough, but that is the price you pay for greatness.

All the best in your quest to get better. Don’t settle: Live with Passion. 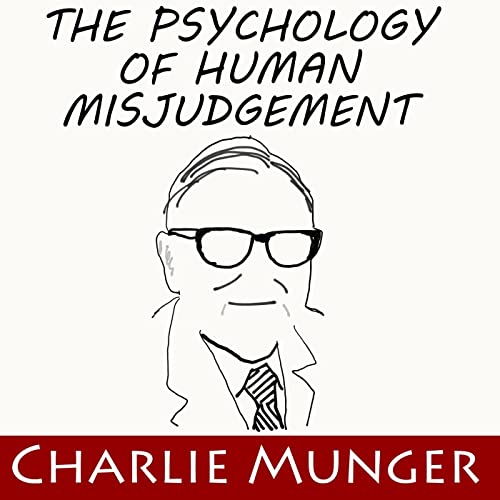 The Psychology of Human Misjudgement by Charlie Munger.