Book Summary -The Age of Surveillance Capitalism by Shoshana Zuboff.

“The new toolmakers do not intend to rob you of your inner life, only to surveil and exploit it. All they ask is to know more about you than you know about yourself.”

In The Age of Surveillance Capitalism: The Fight for a Human Future at the New Frontier of Power, American Harvard professor, and social psychologist, Shoshana Zuboff argue that the biggest technology companies such as Google, Facebook, Twitter, and Amazon are exploiting our attention, modifying our behavior, and selling our data to the highest bidding advertisers.  Surveillance Capitalism is an economic system centered around the commodification of personal data with the core purpose of profit-making.

“Forget the cliché that if it’s free, “You are the product.” You are not the product; you are the abandoned carcass. The “product” derives from the surplus that is ripped from your life.”

Surveillance Capitalists unilaterally claims human experience as free raw material for translation into behavioural data which] are declared as a proprietary behavioural surplus, fed into advanced manufacturing processes known as ‘machine intelligence’, and fabricated into prediction products that anticipate what you will do now, soon, and later.

How they got away with it

No single element is likely to have done the job, but together a convergence of political circumstances and proactive strategies helped enrich the habitat in which this mutation could root and flourish. These include

(1) the relentless pursuit and defense of the founders’ “freedom” through corporate control and an insistence on the right to lawless space;

(2) the shelter of specific historical circumstances, including the policies and juridical orientation of the neoliberal paradigm and the state’s urgent interest in the emerging capabilities of behavioral surplus analysis and prediction in the aftermath of the September 2001 terror attacks; and

(3) the intentional construction of fortifications in the worlds of politics and culture, designed to protect the kingdom and deflect any close scrutiny of its practices.

Today’s owners of surveillance capital have declared a fourth fictional commodity expropriated from the experiential realities of human beings whose bodies, thoughts, and feelings are as virgin and blameless as nature’s once-plentiful meadows and forests before they fell to the market dynamic. In this new logic, human experience is subjugated to surveillance capitalism’s market mechanisms and reborn as “behavior.” These behaviors are rendered into data, ready to take their place in a numberless queue that feeds the machines for fabrication into predictions and eventual exchange in the new behavioral futures markets.

The commodification of behavior under surveillance capitalism pivots us toward a societal future in which market power is protected by moats of secrecy, indecipherability, and expertise. Even when knowledge derived from our behavior is fed back to us as a quid pro quo for participation, as in the case of so-called “personalization,” parallel secret operations pursue the conversion of surplus into sales that point far beyond our interests. We have no formal control because we are not essential to this market action.

In this future we are exiles from our own behavior, denied access to or control over knowledge derived from its dispossession by others for others. Knowledge, authority, and power rest with surveillance capital, for which we are merely “human natural resources.” We are the native peoples now whose tacit claims to self-determination have vanished from the maps of our own experience.

The elective affinity between public intelligence agencies and the fledgling surveillance capitalist Google blossomed in the heat of emergency to produce a unique historical deformity: surveillance exceptionalism. The 9/11 attacks transformed the government’s interest in Google, as practices that just hours earlier were careening toward legislative action were quickly recast as mission-critical necessities. Both institutions craved certainty and were determined to fulfill that craving in their respective domains at any price. These elective affinities sustained surveillance exceptionalism and contributed to the fertile habitat in which the surveillance capitalism mutation would be nurtured to prosperity.

If Facebook is a social network, why is it developing drones and augmented reality? This diversity sometimes confounds observers but is generally applauded as visionary investment: far-out bets on the future. In fact, activities that appear to be varied and even scattershot across a random selection of industries and projects are actually all the same activity guided by the same aim: behavioral surplus capture. Each is a slightly different configuration of hardware, software, algorithms, sensors, and connectivity designed to mimic a car, shirt, cell phone, book, video, robot, chip, drone, camera, cornea, tree, television, watch, nanobot, intestinal flora, or any online service, but they all share the same purpose: behavioral surplus capture.

More than six hundred years ago, the printing press put the written word into the hands of ordinary people, rescuing the prayers, bypassing the priesthood, and delivering the opportunity for spiritual communion directly into the hands of the prayerful. We have come to take for granted that the internet enables an unparalleled diffusion of information, promising more knowledge for more people: a mighty democratizing force that exponentially realizes Gutenberg’s revolution in the lives of billions of individuals.

But this grand achievement has blinded us to a different historical development, one that moves out of range and out of sight, designed to exclude, confuse, and obscure. In this hidden movement the competitive struggle over surveillance revenues reverts to the pre-Gutenberg order as the division of learning in society shades toward the pathological, captured by a narrow priesthood of privately employed computational specialists, their privately owned machines, and the economic interests for whose sake they learn.

Surveillance capitalists’ acts of digital dispossession impose a new kind of control upon individuals, populations, and whole societies. Individual privacy is a casualty of this control, and its defense requires a reframing of privacy discourse, law, and judicial reasoning. The “invasion of privacy” is now a predictable dimension of social inequality, but it does not stand alone. It is the systematic result of a “pathological” division of learning in society in which surveillance capitalism knows, decides, and decides who decides.

Demanding privacy from surveillance capitalists or lobbying for an end to commercial surveillance on the internet is like asking Henry Ford to make each Model T by hand or asking a giraffe to shorten its neck. Such demands are existential threats. They violate the basic mechanisms and laws of motion that produce this market leviathan’s concentrations of knowledge, power, and wealth.

Under the regime of surveillance capitalism, individuals do not render their experience out of choice or obligation but rather out of ignorance and the dictatorship of no alternatives. The ubiquitous apparatus operates through coercion and stealth. Our advance into life necessarily takes us through the digital, where involuntary rendition has become an inescapable fact. We are left with few rights to know, or to decide who knows, or to decide who decides. This abnormal division of learning is created and sustained by secret fiat, implemented by invisible methods, and directed by companies bent to the economic imperatives of a strange new market form. Surveillance capitalists impose their will backstage, while the actors perform the stylized lullabies of disclosure and agreement for the public.

The prediction imperative transforms the things that we have into things that have us in order that it might render the range and richness of our world, our homes, and our bodies as behaving objects for its calculations and fabrications on the path to profit. The chronicles of rendition do not end here, however. Act II requires a journey from our living rooms and streets to another world below the surface, where inner life unfolds.

“The new toolmakers do not intend to rob you of your inner life, only to surveil and exploit it. All they ask is to know more about you than you know about yourself.”

Today’s means of behavioral modification are aimed unabashedly at “us.” Everyone is swept up in this new market dragnet, including the psychodramas of ordinary, unsuspecting fourteen-year-olds approaching the weekend with anxiety. Every avenue of connectivity serves to bolster private power’s need to seize behavior for profit. Where is the hammer of democracy now, when the threat comes from your phone, your digital assistant, your Facebook login?

“Surveillance capitalists’ interests have shifted from using automated machine processes to know about your behavior to using machine processes to shape your behavior according to their interests. In other words, this decade-and-a-half trajectory has taken us from automating information flows about you to automating you. Given the conditions of increasing ubiquity, it has become difficult if not impossible to escape this audacious, implacable web.”

Instrumentarianism, defined as the instrumentation and instrumentalization of behavior for the purposes of modification, prediction, monetization, and control. In this formulation, “instrumentation” refers to the puppet: the ubiquitous connected material architecture of sensate computation that renders, interprets, and actuates human experience. “Instrumentalization” denotes the social relations that orient the puppet masters to human experience as surveillance capital wields the machines to transform us into means to others’ market ends. Surveillance capitalism forced us to reckon with an unprecedented form of capitalism. Now the instrumentarian power that sustains and enlarges the surveillance capitalist project compels a second confrontation with the unprecedented.

Surveillance capitalism is the puppet master that imposes its will through the medium of the ubiquitous digital apparatus. It is the sensate, computational, connected puppet that renders, monitors, computes, and modifies human behavior. Big Other combines these functions of knowing and doing to achieve a pervasive and unprecedented means of behavioral modification. Surveillance capitalism’s economic logic is directed through Big Other’s vast capabilities to produce instrumentarian power, replacing the engineering of souls with the engineering of behavior. 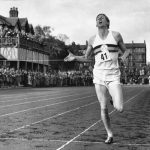 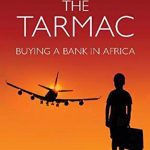 Book Summary – Leaving the Tarmac: Buying a Bank in Africa by Aigboje Aig-Imoukhuede.