Book Summary – The Four: The Hidden DNA of Amazon, Apple, Facebook, and Google by Scott Galloway.

Adjunct Professor of marketing at the New York University Stern School of Business, Scott Galloway writes about the four most influential technology companies: Amazon, Apple, Facebook, and Google.  Scott analyzes the four companies’ peculiar strengths and strategies, their novel economic models, their inherent capacity, their ambition, and the drastic consequences of their rise that people face in both social and individual terms.

The Four are responsible for an array of products and services that are entwined into the daily lives of billions of people. They’ve put a supercomputer in your pocket, are bringing the internet into developing countries, and are mapping the Earth’s land mass and oceans. The Four have generated unprecedented wealth ($2.3 trillion) that, via stock ownership, has helped millions of families across the planet build economic security. In sum, they make the world a better place.

“The Four are engaged in an epic race to become the operating system for our lives. The prize? A trillion-dollar plus valuation, and power and influence greater than any entity in history.”

FORTY-FOUR PERCENT OF U.S. HOUSEHOLDS have a gun, and 52 percent have Amazon Prime. Wealthy households are more likely to have Amazon Prime than a landline phone. Half of all online growth and 21 percent of retail growth in the United States in 2016 could be attributed to Amazon. When in a brick-and-mortar store, one in four consumers check user reviews on Amazon before purchasing.

Amazon Marketplace now accounts for $40 billion, or 40 percent, of Amazon’s sales. Sellers, content with the massive customer flow, feel no compulsion to invest in retail channels of their own. Meanwhile, Amazon gets the data and can enter any business (begin selling products themselves) the moment a category becomes attractive.

The need for stuff is real: stuff keeps us warm and safe. It allows us to store and prepare food. It helps us attract mates and care for our offspring. And easy stuff is the best stuff because it consumes less energy and gives you time to do other important things.

Amazon now offers everything you need, before you need it, delivered in an hour to the 500 million wealthiest households on the planet. Every consumer firm can pay a toll to access an infrastructure less expensive to rent from Amazon than to build itself. Nobody has the scale, trust, cheap capital, or robots to compete. This is all supported by an annual payment that includes all sorts of fun stuff: movies, music, and livestreams of NFL games. My bet is Amazon buys the rights to broadcast March Madness or the Super Bowl to juice their Prime membership . . . as they can.

Race to a Trillion

The circle is now complete. Amazon now has all the pieces in place for zero-click ordering—AI, purchase history, warehouses within twenty miles of 45 percent of the U.S. population, millions of SKUs, voice receptors in the wealthiest American households (Alexa), ownership of the largest cloud/big data service, 460 (soon thousands) brick-and-mortar stores, and the world’s most trusted consumer brand.

“That is why Amazon will be the first $1 trillion market cap company.”

In the first decade of the twenty-first century, following Jobs’s return to Apple, the company embarked on the greatest run of innovation in business history. In those ten years, Apple introduced one earth-shaking, 100-billion-dollar, category-creating new product or service after another. The iPod, iTunes/Apple Store, iPhone, and iPad . . . there has never been anything like it.

“In the first quarter of 2015, the iPhone accounted for only 18.3 percent of the smartphones shipped globally, but 92 percent of the industry’s profits.”

Steve Jobs’s decision to transition from a tech to a luxury brand is one of the most consequential—and value-creating—insights in business history. Technology firms can scale, but they are rarely timeless. On the other hand, Chanel will outlive Cisco, and Gucci will witness the meteor that sets Google on a path to extinction. Of the Four Horsemen, Apple has by far the best genetics and, I believe, the greatest chance of seeing the twenty-second century. Keep in mind, Apple is the only firm among the Four Horsemen, at least for now, that has thrived post the original founder and management team.

“The cocktail of low-cost product and premium prices has landed Apple with a cash pile greater than the GDP of Denmark, the Russian stock market, and the market cap of Boeing, Airbus, and Nike combined.”

The success of single companies like Apple can hollow out entire markets, even regions. The iPhone debuted in 2007, and devastated Motorola and Nokia. Together they have shed 100,000 jobs. Nokia, at its peak, represented 30 percent of Finland’s GDP and paid almost a quarter of all of that country’s corporate taxes. Russia may have rolled tanks into Finland in 1939, but Apple’s 2007 commercial invasion also levied substantial economic damage. Nokia’s fall pummeled the entire economy of Finland.

If you look to the history of Apple and the rest of the Four, each started in a separate business. Apple was a machine, Amazon a store, Google a search engine, and Facebook a social network.

The four giants have moved inexorably into each other’s turf. At least two or three of them now compete in each other’s markets, whether it’s advertising, music, books, movies, social networks, cell phones—or lately, autonomous vehicles. But Apple stands alone as a luxury brand.

There are 1.4 billion Chinese, 1.3 billion Catholics, and 17 million people who endure Disney World each year. Facebook, Inc., on the other hand, has a meaningful relationship with 2 billion people. Granted, there are 3.5 billion soccer fans, but that beautiful game has taken more than 150 years to get half the planet engaged.

The company owns three of the five platforms that rocketed to 100 million users the fastest: Facebook, WhatsApp, and Instagram.

You dedicate thirty-five minutes of each of your days to Facebook. Combined with its other properties, Instagram and WhatsApp, that number jumps to fifty minutes. People spend more time on the platform than any behavior outside of family, work, or sleep.

Powered by its mobile app, Facebook is now the world’s biggest seller of display advertising—an extraordinary achievement, given Google’s brilliant theft of advertising revenues from traditional media just a few years ago.

News feed visibility is based on four basic variables—creator, popularity, type of post, and date—plus its own ad algorithm.

Your Facebook self is an airbrushed image of you and your life, with soft lighting and a layer of Vaseline smeared across the lens. Facebook is a platform for strutting and preening. Users post about peak experiences, moments they want to remember, and be remembered by—their weekend in Paris or great seats at Hamilton. Few people post pictures of their divorce papers or how tired they look on a Thursday. Users are curators.

However, the camera operator, Facebook, isn’t fooled. It sees the truth—as do its advertisers. This is what makes the company so powerful. The side that faces us, Facebook’s users, is the bait to get us to surrender our real selves.

In 2017, one in six people on the planet are on Facebook each day.14 Users indicate who they are (gender, location, age, education, friends), what they are doing, what they like, and what they are planning to do today and in the near future.

Google has become the nerve center of our shared prosthetic brain. It dominates the knowledge industry the way Walmart and Amazon, respectively, rule offline and online retail. And it certainly doesn’t hurt that when Google reaches into our pockets, it’s mostly for pennies, nickels, and dimes. It’s the antithesis of a luxury company—it’s available to everyone, anywhere, whether they are rich or poor, genius or slow. We don’t care how big and dominant Google has become, because our experience of it is small, intimate, and personal.

“Google not only sees you coming, but sees where you’re going. ”

And if it turns those pennies into tens of billions of revenue, and hundreds of billions in shareholder value, we aren’t resentful—as long as it gives us answers and makes our brains seem smarter. It is the winner, and its shareholder benefit stems from the brain’s winner-take-all economy. Google gives the consumer the best answer, for less, more quickly than any organization in history. The brain can’t help but love Google.

“If Google represents the brain, Amazon is a link between the brain and our acquisitive fingers—our hunter-gatherer instinct to acquire more stuff.”

Business and the Body

From the perspective of evolutionary psychology, all successful businesses appeal to one of three areas of the body—the brain, the heart, or the genitals. Each is tasked with a different aspect of survival. For anyone leading a company, knowing which realm you play in—that is, which organ you inspire—dictates business strategy and outcomes.

While history may not repeat itself, it does rhyme, as Mark Twain purportedly said. Among the Four, these eight factors are prevalent: product differentiation, visionary capital, global reach, likability, vertical integration, AI, accelerant, and geography.

“People who tell you to follow your passion are already rich.“

Don’t follow your passion, follow your talent. Determine what you are good at (early), and commit to becoming great at it. You don’t have to love it, just don’t hate it. If practice takes you from good to great, the recognition and compensation you will command will make you start to love it. And, ultimately, you will be able to shape your career and your specialty to focus on the aspects you enjoy the most. And if not—make good money and then go follow your passion. No kid dreams of being a tax accountant. However, the best tax accountants on the planet fly first class and marry people better looking than themselves—both things they are likely to be passionate about.

From Learned Helplessness to Learned Optimism. 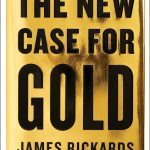 Book Summary – The New Case for Gold by James Rickards.