Not Yet is a concept popularized by American Psychology Professor and Researcher Carol S. Dweck Ph.D. in her TED talk titled: The Power of believing that you can improve. Carol Dweck researches “growth mindset” — the idea that we can grow our brain’s capacity to learn and to solve problems. In her TED talk, she describes two ways to think about a problem that’s slightly too hard for you to solve. Are you not smart enough to solve it … or have you just not solved it yet?

In her book, Mindset: The New Psychology of Success, she argues that there are two types of mindset: Fixed and Growth Mindset. She writes:

A growth mindset is based on the belief that your basic qualities are things you can cultivate through your efforts, your strategies, and help from others. The passion for stretching yourself and sticking to it, even (or especially) when it’s not going well, is the hallmark of the growth mindset. This is the mindset that allows people to thrive during some of the most challenging times in their lives. People with a fixed mindset believe that their qualities are carved in stone. It creates an urgency to prove yourself over and over again.

In her TED talk, Dweck begins the speech by referring to a Chicago high school where students get a grade of “Not Yet” if they hadn’t passed all the necessary number of courses to graduate. She remarked, “When you get a grade of “Not Yet”, you understand that you’re on a learning curve. it gives you a path into the future”. Not Yet makes students understand that their abilities could be developed. They had a growth mindset. But other students felt it was tragic, catastrophic. From their fixed mindset perspective, their intelligence had been up for judgment and they failed. Instead of luxuriating in the power of yet, they were gripped in the tyranny of now.

if you get the grade “Not Yet”  you understand that you’re on a learning curve. It gives you a path into the future.

Just the words “yet” or “not yet,” we’re finding, give kids greater confidence, give them a path into the future that creates greater persistence. And we can actually change students’ mindsets. In one study, we taught them that every time they push out of their comfort zone to learn something new and difficult, the neurons in their brain can form new, stronger connections, and over time they can get smarter.

“Not Yet” implies that you are on a learning curve and you can figure almost anything out. You can and will get a hang of it at some point if you persist, deliberately practice, focus, commit and persevere, you will figure it out. It is not a matter of if, it is a matter of when.

Ancient Greek philosopher, Aristotle once said “We are what we repeatedly do. Excellence, then, is not an act, but a habit.” My favorite nursery rhyme is Good better best, never let it rest until Good is better, and better is Best. Anything worthwhile takes time, whether it is writing a book, starting and running a business, nurturing a relationship, learning a programming language, foreign language, or cracking this thing called life.

According to K. Anders Ericsson, Ph.D., Professor of Psychology at Florida State University whose research is the inspiration for the 10,000 hours rule as cited in books such as Malcolm Gladwell’s Outliers: The Story of Success, Geoff Colvin’s Talent Is Overrated, and Daniel Coyle’s The Talent Code. In his research, Ericsson, argues that it takes 10,000 hours of deliberate practice (20 hours for 50 weeks a year for ten years = 10,000) to become an expert in almost anything. He writes:

In most domains of expertise, individuals begin in their childhood a regimen of effortful activities (deliberate practice) designed to optimize improvement. Individual differences, even among elite performers, are closely related to assessed amounts of deliberate practice. Many characteristics once believed to reflect innate talent are actually the result of intense practice extended for a minimum of 10 years. Analysis of expert performance provides unique evidence on the potential and limits of extreme environmental adaptation and learning

At the core of the 10,000 hours rule is that it takes time and patience to get really good at anything. To become as great as Lebron James in Basketball, Serena Williams in Tennis, Tom Brady in American Football, J.K.Rowlings in Writing. You name any field and you would realize that the people at the top sacrificed a lot to get there, they honed their skills for a long time: 10,000+ hours. We get rewarded in public for what we diligently and consistently practice in private. Nobody started great, all the greats started from a place of weakness and with time, practice and diligence, it was turned to strength.

The power of Not Yet is a great tool to remember when trying to learn new concepts, leaving your comfort zone et al. It is not a matter of if, it is a matter of when you figure it out. As author, Marie Forleo said in her book of the same title: Everything is figureoutable. She noted:

No matter what you’re facing, you have what it takes to figure anything out and become the person you’re meant to be.

For Leo described three rules of play for figuring things out:

If a problem is not figureoutable, it’s not really a problem—it’s a fact of life or law of nature (e.g., death or gravity).

Author and Entrepreneur Seth Godin in his book, The Practice: Shipping Creative Work, advised starting from where you are:

Identity fuels action and action create habits, and habits are part of a practice, and a practice is the single best way to get to where you seek to go. Before you are a “bestselling author,” you’re an author, and authors write. Before you are an “acclaimed entrepreneur,” you’re simply someone who is building something.

So Far and Not Yet

This is fabulous news. It’s been going on since you were a kid. Something isn’t there when you want it (or need it) but then it is. Persistent and consistent effort over time can yield results.

“So far” and “not yet” are the foundation of every successful journey. – Seth Godin, The Practice

Anytime you are aiming to grow or learn a new skill, it is usually hard at the beginning. Whether it is learning a foreign language, programming, or writing. I tried learning French for a whole year in 2011/2012 at the Nigerian French Language Village in Lagos, Nigeria. The first 4 weeks were extremely tough and some students had to drop out because they did not get it yet. Every new language has its syntax, rules, and mannerism. It takes patience, deliberate practice, and understanding the power of not yet to crack anything. It took a while but with time I began to speak the language and I even passed the Diplôme d’études en langue française (DELF), (the French-language certification for non-native speakers of the language) to B1 level. Can I speak proficiently now, not really but I can communicate. It’s been 10 years.

I have also tried to learn various programming languages such as HTML, Javascript, Python, Java, etc at some point and it can be extremely tough getting the concept at the beginning. Programming requires understanding logic and thinking programmatically to solve a complex problems. Like any language, every programming language has its different rule, syntax, and logic. It can be very overwhelming at first but with consistent deliberate practice, it is figureotable just like anything in life.

The power of not yet is a great concept to remember when you are going through trying times. Whether it is learning a new skill, starting a business, anything that would stretch you and make you grow, is going to be hard in the beginning. You just have to keep pushing, set realistic goals, and execute relentlessly. If you work hard, what is hard will work but if you take shortcuts, you would be cut short. As Canadian-American motivational speaker and author, Brian Tracy once quipped: “There are no unrealistic goals, there are just unrealistic deadlines.”. The key is to be realistic with your goal, trying to learn to speak french in a week or mastering the Java language in one week is unrealistic.

Great things take time to build, it requires showing up daily, trusting the process, having a no matter what attitude, betting on yourself, and executing relentlessly. As former American football player Ray Lewis once quipped “Greatness is a lot of small things done well. Day after day, workout after workout, obedience after obedience, day after day.” You do not have to be great to start but you have to start to be great. One of the hardest things to do is start in spite of the opposition, obstacles, challenges, trials, and tribulations. As author and motivation speaker, Jim Rohn often said “What is easy to do is also easy not to do.” Take it one step at a time, you don’t understand it yet but with consistency, focus and commitment; you would figure it out.

Knowing trees, I understand the meaning of patience. Knowing grass, I can appreciate persistence. – Hal Borland 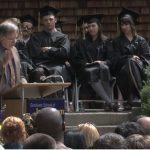 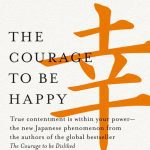 Book Summary – The Courage to be Happy by Ichiro Kishimi.