Book Summary – The Science of Fear: How the Culture of Fear Manipulates Your Brain by Daniel Gardner.

The past always appears more certain than it was, and that makes the future feel more uncertain—and therefore frightening—than ever.

From terror attacks to collapsing economies, from painkiller epidemics to mass gun violence and poisonous toys from China, our list of fears seems to be exploding. Yet we are the safest and healthiest humans in history. Why are we so worried?

The Science of Fear is an introduction to the new brain science of risk, dissecting the fears that misguide and manipulate us every day. Award-winning journalist Dan Gardner demonstrates how irrational fear springs from the ways humans miscalculate risks based on our hunter-gatherer brains

Here are my favourite take-aways from reading, The Science of Fear: How the Culture of Fear Manipulates Your Brain by Daniel Gardner.

Simply put, history is an optical illusion: The past always appears more certain than it was, and that makes the future feel more uncertain—and therefore frightening—than ever. The roots of this illusion lie in what psychologists call “hindsight bias.

The effect of hindsight bias is to drain the uncertainty out of history. Not only do we know what happened in the past, we feel that what happened was likely to happen. What’s more, we think it was predictable. In fact, we knew it all along.

So here we are, standing in the present, peering into the frighteningly uncertain future and imagining all the awful things that could possibly happen. And when we look back? It looks so much more settled, so much more predictable. It doesn’t look anything like this. Oh yes, these are very scary times. This is all an illusion.

The easier it is to recall examples of something happening, Gut believes, the more likely it is to happen. ”

Most important, we have brains that use the Example Rule to conclude that being able to easily recall examples of something happening proves that it is likely to happen again. For ancient hunters stalking wildebeest on the savanna, that wasn’t a bad rule. In an era when tourists can e-mail video of a tsunami to the entire planet in less time than it takes the wreckage to dry, it has the potential to drive us mad. Should we fear exotic viruses? Terrorists? Pedophiles stalking kids on the Internet? Any of the other items on the long and growing list of worries that consume us?

The population of humans on the planet is approaching seven billion. On any given day, by sheer force of numbers, there’s a good chance that some or all of these risks will result in people being hurt or killed. Occasionally, there will be particularly horrible incidents in which many people will die. And thanks to the torrent of instantaneous communications, we will all know about it. So, should we fear these things? Inevitably, Gut will attempt to answer that question using the Example Rule. The answer will be clear: Yes. Be afraid.

One of the most consistent findings of risk-perception research is that we overestimate the likelihood of being killed by the things that make the evening news and underestimate those that don’t. What makes the evening news? The rare, vivid, and catastrophic killers. Murder, terrorism, fire, and flood. What doesn’t make the news is the routine cause of death that kills one person at a time and doesn’t lend itself to strong emotions and pictures. Diabetes, asthma, heart disease.

“Terrorists have never detonated a nuclear weapon in a major city, but the mere thought of that happening chills most people, and governments around the world are working very hard to see that what has never happened never does. Risk analysts call these low-probability /high-consequence events. ”

People in the business of public opinion are only too aware of the influence that seemingly minor linguistic changes can have. Magnetic resonance imaging (MRI), for example, was originally called “nuclear magnetic resonance imaging” but the “nuclear” was dropped to avoid tainting a promising new technology with a stigmatized word. In politics, a whole industry of consultants has arisen to work on language cues like these—the Republican Party’s switch from “tax cuts” and “estate tax” to “tax relief” and “death tax” being two of its more famous fruits.

“Our failure to spot biased samples is a product of an even more fundamental failure: We have no intuitive feel for the concept of randomness.”

We are social animals and what others think matters deeply to us. The group’s opinion isn’t everything; we can buck the trend. But even when the other people involved are strangers, even when we are anonymous, even when dissenting will cost us nothing, we want to agree with the group.

Along with truth, cynicism endangers trust. And that can be dangerous. Researchers have found that when the people or institutions handling a risk are trusted, public concern declines: It matters a great deal whether the person telling you not to worry is your family physician or a tobacco company spokesman. Researchers have also shown, as wise people have always known, that trust is difficult to build and easily lost. So trust is vital.

Once we have formed a view, we embrace information that supports that view while ignoring, rejecting, or harshly scrutinizing information that casts doubt on it. Any belief will do. It makes no difference whether the thought is about trivia or something important. It doesn’t matter if the belief is the product of long and careful consideration or something I believe simply because everybody else in the Internet chat room said so. Once a belief is established, our brains will seek to confirm it.

“So we form social networks that tend to be more like than unlike, and we trust the people in our networks. We value their opinions and we talk to them when some new threat appears in the newspaper headlines. Individually, each of these people is influenced by culture just as we are, and when culture leads them to form a group opinion, we naturally want to conform to it.”

Decades of research has proved that groups usually come to conclusions that are more extreme than the average view of the individuals who make up the group. When opponents of a hazardous waste site gather to talk about it, they will become convinced the site is more dangerous than they originally believed.

“When like-minded people get together and talk, their existing views tend to become more extreme.”

“Many others find it handy, too. Politicians promote fear to win elections. Police departments and militaries do it to expand budgets and obtain new powers. And although we tend to think of public-service agencies and nongovernmental organizations as working entirely for the public good, they have vested interests just like every other organization—and many realize that fear is an excellent way to promote their issue, boost memberships and donations, and enhance political clout.”

“Nagging worry may be tormenting to those who experience it, but it is a marvelous marketing tool for companies selling security.“

“Lighting manufacturers talk up crime before revealing the good news that lighting is an effective way to defeat the dangers lurking in shadows. Companies that sell water filters like to mention the risk of getting cancer from chlorinated drinking water. The opportunities for finding a fear, promoting it, and leveraging it to increase sales are limited only by imagination. And corporate marketers are very imaginative.”

It is not in the economic interests of a corporation selling pills to unhealthy people for people to be healthy, or rather—to be more precise—for them to perceive themselves to be healthy. Their actual physical state is irrelevant. What matters is whether someone believes there is something wrong that can be cured with a pill. If so, the corporation has a potential customer. If not, no sale. It doesn’t take an MBA to figure out what pharmaceutical companies need to do to expand their markets and boost sales.

Erectile dysfunction, female sexual dysfunction, hair loss, osteoporosis, restless leg syndrome, shyness: These are just a few of the conditions whose seriousness and prevalence have been systematically inflated by drug companies seeking bigger markets. Language is one of the most basic means of medicalizing a problem, the critical first step in getting people to ask their doctors for a pill.

So “impotence” becomes “erectile dysfunction,” an impressively medical-y phrase that pushes away consideration of factors like stress and anxiety as causes of impotence that can be cured without a pill. Numbers are also key. People will be more likely to conclude they have a condition if they think it’s common, and so drug companies push statistics like “more than half of all men over forty have difficulties getting or maintaining an erection—a number that is grossly misleading because it comes from a study not taken seriously by experts in the field.

Disease mongering exploits the deepest atavistic fears of suffering and death,” writes Iona Heath. It also exploits the desire for happiness and social acceptance. The result is a neat emotional symmetry. Without our product, you will experience fear, disease, rejection, death; with it, you will have joy, vitality, acceptance, life. It’s hard to imagine a better way to rouse Gut and open a customer’s wallet.

“The whole aim of practical politics is to keep the populace alarmed (and hence clamorous to be led to safety) by menacing it with an endless series of hobgoblins, all of them imaginary.”

You have to try something new to get through, an ad exec said in defense of his workplace-safety campaign, which featured graphic deaths and corpses. It’s a never-ending arms race in the advertising business.

The skewed images of mortality presented by the media have two effects.

Risks can be described in either of two ways.

One is “relative risk,” which is simply how much bigger or smaller a risk is relative to something else.

Absolute Risk, which is simply the probability of something happening.

Why do journalists so often provide information about risks that is misleading and unduly frightening? The standard explanation for media hype is plain old self-interest. Like corporations, politicians, and activists, the media profit from fear. Fear means more newspapers sold and higher ratings, so the dramatic, the frightening, the emotional, and the worst case are brought to the fore while anything that would suggest the truth is not so exciting and alarming is played down or ignored entirely.

All the best in your quest to get better. Don’t Settle: Live with Psssion. 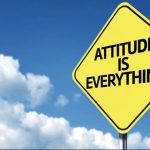 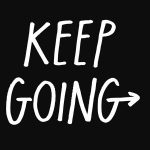 Book Summary – The Book You Were Born to Write by Kelly Notaras.