Book Summary: There Are No Grown-ups: A Midlife Coming-of-Age Story by Pamela Druckerman.

There are no grown-ups. Everyone is winging it; some just do it more confidently.

Part frank memoir, part hilarious investigation of daily life, In There Are No Grown-Ups, author and New York Times contributor Pamela Druckerman writes about midlife, the quest to figuring out the world, and finding out your path.

Childhood and adolescence are nothing but milestones: You grow taller, advance to new grades, get your period, your driver’s license and your diploma. Then in your twenties and thirties you romance potential partners, find jobs and learn to support yourself. There may be promotions, babies and weddings. The pings of adrenaline from all these carry you forward and reassure you that you’re building an adult life.

“Studies show that people in their forties are at a lifetime peak in “conscientiousness.”

New brain research documents the downsides of the forties: on average we’re more easily distracted than younger people, we digest information more slowly and we’re worse at remembering specific facts. (The ability to remember names peaks, on average, in your early twenties.)”

And yet, science also shows the many upsides of the forties. What we lack in processing power we make up for in maturity, insight and experience. We’re better than younger people at grasping the essence of situations, and at controlling our emotions, resolving conflicts and understanding other people. We’re more skilled at managing money and at explaining why things happen. We’re more considerate than younger people. And, crucially for our happiness, we’re less neurotic.

You know you’re in your early forties when . . .

“If you don’t have something nice to say, don’t say anything.”

You know you have a fortysomething body when . . .

You select restaurants because they’re quiet.
Sleep no longer means just flopping into bed. You have elaborate rituals involving medication, eyeshades, earplugs and a particular type and quantity of pillows.
When reading a document online, you increase its magnification to at least 200 percent.
You’ve bought a scale with a bigger digital display so you won’t have to weigh yourself wearing glasses.
You have gained and lost the same ten pounds so many times you feel a certain affection for them.

Getting ill is a crash course in other minds.

When we are ascending the hill of life, death is not visible: it lies down at the bottom of the other side. But once we have crossed the top of the hill, death comes in view—death, which, until then, was known to us only by hearsay.

Despite some biological claims, the midlife crisis was mainly viewed as a middle- and upper-class affliction. Classic sufferers were white, professional and male, with the leisure time to ruminate on their personal development and the means to afford sports cars and mistress es. People who were working-class or black weren’t supposed to self-actualize. Women were assumed to be on a separate schedule set by marriage, menopause and when their children left home.

Carl Jung on Growing Up

Jung essentially came up with a theory of how people become grown-ups. He decided that from puberty until about age thirty-five, we’re ruled by our egos. This is a volatile part of ourselves that seeks social status and approval from others. During this phase, we observe conventions and build our families and careers.”

But something changes around age thirty-five or forty. Like Jung did, people at this age begin to confront a part of themselves that they’ve kept hidden and that they’re ashamed of. They may have organized their lives around trying to hide it. Jung called this hidden aspect of the personality der Schatten—“the shadow.” The shadow, he wrote, is “the thing a person has no wish to be.

Jung believed that once you acknowledge your shadow and bring it into the open, it loses some of its power. Your ego recedes, and another part of your personality can emerge: the self. Unlike the ego, the self is unchanging. It’s a fixed, core part of a person. He calls this process “individuation.”

You know you’re a fortysomething woman when . . .

Those in midlife also have more of what researchers call “crystallized intelligence,” such as the ability to draw conclusions, make judgments based on their experiences and apply their knowledge to new situations.

“The first forty years provide the text, the next thirty provide the commentary.” – Arthur Schopenhauer

You know you have a fortysomething mind when . . .

The Ten Commandments of the Forties

People in their forties are also more “agreeable,” on average, than those in younger age groups. And having made it this far together—through the same songs, hairstyles, new technologies and national tragedies—there’s a feeling of kinship that didn’t exist in our twenties and thirties.

If the early forties have a slightly panicky now-or-never mood, the later forties feel more resolved. People who were anxious about not having children, or the right job, or a suitable partner, have either come up with solutions that satisfy them or they’ve reoriented. They might not have the life they planned for. But they’ve found one that they can live with or that they’ve grown to like.

And becoming less neurotic lets us see how much we have in common. We can join the group mood, confident that we’re having a shared experience. After years of feeling exceptional, suspicious and out of sync, we realize we’re quite a lot like other people. Knowing this is a bit of a disappointment, and a bit of a relief.

“ Just as busyness is the signature predicament of the forties, saying no is its signature defensive move.” 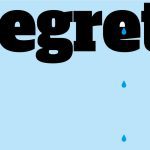 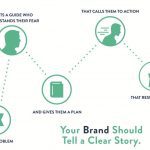