Former New York Times columnist Anand Giridharadas writes about the charade of changing the world pushed by a lot of the elites from antipoverty consulting firms (Technoserve, Dalberg), billionaires turned philanthropist who want to solve poverty but not economic inequality, young people trying to solve problems they don’t understand, who get flown around the world to elite networking forums such as the Aspen Ideas Festival, Clinton Global Initiative, Davos World Economic Forum. And in the process, abandoning the reason they started their initiatives in the first place.

The book offers a series of portraits of this elite-led, market-friendly, winner-safe social change.

It is difficult to get a man to understand something when his salary depends on not understanding it.—UPTON SINCLAIR

Here are my favorite takeaways from reading, Winners Take All: The Elite Charade of Changing the World by Anand Giridharadas:

Anand started asking questions about the elites approach to solving the world’s greatest problem with smoke screens like conferences, speeches, the consultants and the not for profit industrial complex. He was selected for the Henry Crown Fellow of the Aspen Institute – four one-week sessions with a group of twenty or so classmates, spread over two years, in which they would read important texts and debate them and discuss our lives and woes in secrecy, while pondering how to “make a difference.

“A successful society is a progress machine. It takes in the raw material of innovations and produces broad human advancement. America’s machine is broken.”

Thought leaders can find themselves becoming like poets speaking a tax collector’s language, saying what they might not say or believe on their own. And the danger isn’t only in what they say in this new language, but also in the possibility that they might somewhere down the line stop thinking in their native one. 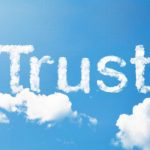 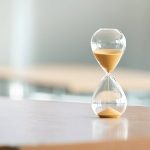 The Value of Time.