In Breaking the Social Media Prism, Duke Professor, Author, and Director of the Polarization Lab  Chris Bail challenges common myths about echo chambers, foreign misinformation campaigns, and radicalizing algorithms, revealing that the solution to political tribalism lies deep inside ourselves. Drawing on innovative online experiments and in-depth interviews with social media users from across the political spectrum, bail explains why stepping outside of our echo chambers can make us more polarized, not less.

Echo chambers result from the coordinated behavior of millions of people across sprawling social networks that evolve in complex patterns overtime.

Social Media and the Quest for Status

We, humans, are unusual creatures because we care so deeply about what other people Think of us. Consciously or unconsciously, we expend unreasonable amounts of energy—from a dog’s perspective, at least—presenting different versions of ourselves in varied social settings to figure out which ones “work.”

We care so much about our identities because they give us something that we all strive for: a sense of self-worth.

According to Cooley, we develop our concept of self by watching how other people react to the different versions of ourselves that we present in social settings. This idea recasts identity not as a jersey we wear, but as the outcome of a complex process of social experimentation.

We constantly present different versions of ourselves, observe which ones elicit positive reactions from others, and proceed accordingly.

Our news feeds also offer built-in tools for monitoring our social environments. Most social media sites provide instant metrics we can use to learn whether our presentation of self is working. In this way, status is deeply embedded in the architecture of social media sites. We can monitor whether people respond positively or negatively to the content we share by tracking likes, retweets, or shares. Sometimes we post content that people react to so negatively that they go out of their way to comment negatively on our posts.

We even have a name for making posts that get more negative comments than positive endorsements: getting “ratioed.” Social media platforms also communicate our status by prominently displaying the number of followers or friends that each user has. The Twitter and Instagram elite are even distinguished by a shiny blue checkmark that verifies their identity as VIPs, while the rest of us have to wade through these Platforms like a bunch of savages.

We perform different identities, observe how other people react, and update our presentation of self to make us feel like we belong.

Many people believe that social media platforms are addictive because they provide us with an endless stream of visual stimuli, carefully designed by marketing experts in Silicon Valley to make it impossible for us to put down our smartphones and tablets. The deeper source of our addiction to social media concluded, is that it makes it so much easier for us to do what is all too human: perform different identities, observe how other people react, and update our presentation of self to make us feel like we belong.

The great tragedy of social media, which has critical implications for political polarization, is that it makes our tendency to misread our social environment even worse. We use social media platforms as if they were a giant mirror that can help us understand our place within society. But they are more like prisms that bend and refract our social environment—distorting our sense of ourselves, and each other. The social media prism exerts its most profound influence when people are not aware that it exists.

The fallacy of unanimity

Over time, this type of repeated exposure creates what the sociologist Robert Merton once called “the fallacy of unanimity”: extremists begin to think that most people share their unusual views. But in addition to distorting extremists’ understanding of themselves, the prism bends the identities of people on the other side too. When extremists go on the attack, they often do battle with the most extreme members of the other side. Just as the prism normalizes extremism on one’s own side, it also thus exaggerates the extremism of the other side.

Perhaps the most daunting challenge in hacking the social media prism is that it is usually invisible. To become aware of the gap between perception and reality, we usually need to have an experience that reveals it to us—for example, meeting someone who does not conform to a stereotype we have about people like them.

Seeing Yourself through the Prism

The second important strategy for hacking the social media prism is to learn how it refracts you.If your behavior reflects your views perfectly then you are in the minority. Most of us present very different versions of ourselves online and offline. Consider whether the version of you that is projected through the prism is what you want other people to see. If it isn’t, don’t despair. More than a century of social science suggests that we are very bad at seeing what we look like through the eyes of others. We believe we know what other people think of us, but we are often very wrong. 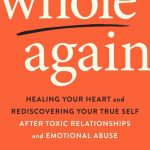 Book Summary -Whole Again: Healing Your Heart and Rediscovering Your True Self After Toxic Relationships and Emotional Abuse by Jackson MacKenzie. 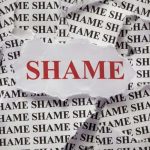