Book Summary -Whole Again: Healing Your Heart and Rediscovering Your True Self After Toxic Relationships and Emotional Abuse by Jackson MacKenzie.

Whole Again offers hope and multiple strategies to anyone who has survived a toxic relationship, as well as anyone suffering the effects of a breakup involving lying, cheating and other forms of abuse–to release old wounds and safely let the love back inside where it belongs.

Human wholeness is often defined as the unity of mind, body, and spirit. Emotional abuse, rejection, and trauma fracture this union, because a false shame message gets stored in our body that disconnects us from the sense of being unconditionally loved.

Here’s how it happens:

Step 1: You start out joyful and whole, able to freely love (and receive love). This is how we all start out. Some people don’t ever recall feeling like this, and that’s okay.

Step 2: You experience betrayal, trauma, abandonment, judgment, or rejection from a trusted loved one. There is considerable emotional chaos, a loss of control.

Step 3: A false internal shame conclusion is formed from the external experience of Step 2. “I am defective and somehow caused this to occur, because I am ___________ [inadequate, worthless, crazy, et cetera].” This belief of inner defectiveness blocks you from your true self—your inner source of life and joy, the sense of being unconditionally loved. This separation is extremely painful. (This is also called the Core Wound, the False Core, the Narcissistic Wound, or Toxic Shame.)

Step 4: In order to protect you from being consumed by this pain, your body numbs it away (in the heart, stomach, throat, pelvis, and the like). This can manifest as emptiness, boredom, numbness, tightness, voids, aching, and more.

Step 5: A protective self takes over to disprove and distract from the pain. Its primary purpose is control and avoidance: to keep you numb and prevent the same pain from occurring again. Unable to generate joy from the true self, the protective self relies heavily upon external measures of worth to keep itself alive. It is “who you are”—how you view the world, even the lens through which you approach healing. (This is also called the False Self or the Ego.)

The root of so much emotional trauma and resulting behavior is this unresolved message living in the body, numbed from consciousness, and subsequently blocking our ability to attach and to experience genuine love.

What usually happens with a wound is that it’s given to you, your body accidentally believes its message, you hate this person, and spend the rest of your life proving you’re not what they said you are. Basically you become the opposite of your wound.

“The foundation of all mental illness is the unwillingness to experience legitimate suffering.” – Carl Jung

The protective self convinces us there is nothing wrong with us, that we’ve figured it all out. It says: “The problem was caused by external events, and the solution will be found in external things.” It is often disguised in an innocent, childlike, confident, cheerful, victimized, or heroic way. This illusion keeps us stuck in the same patterns. While it’s true that there’s nothing inherently “wrong” with us, the protective self is blocking us from experiencing the wounded feelings that actually need to hear that message.

“There is really only one way to diminish the protective self: stop feeding it. Instead we need to feel what’s there when we don’t indulge it.”

As your buried feelings come out, they’re likely to be pretty unpleasant: inadequacy, anger, jealousy, rejection, self-doubt, shame. Instead of turning away from these difficult feelings, we need to welcome them with open arms. This won’t be easy at first because your brain is used to thinking in a certain way, but you can rewire it with new habits and daily practice. Every time you try non-judgmentally to allow a feeling to exist (instead of analyzing it to death), it will melt a bit more, like an ice cube, and eventually wash away.

“Stop playing therapist with others. Imagine what you would feel without the approval and appreciation of others. Notice your fantasies about saving people and direct your thoughts inward. Sit instead with the feeling of “blocked up.”

Mindfulness is not about clearing your thoughts, but simply noticing what’s going on in a non-judgmental way. Identifying our own behaviors and habits is one of the most difficult things to do, because our behaviors are so familiar to us that they seem normal.

Mindfulness helps us become aware of our default thinking patterns, so we can start to realize how we think. The goal is not to try to stop thoughts or feelings we don’t like, but instead to allow them to be there—without judging, changing, or avoiding them. This lets you build a friendly, curious relationship with the stuff going on inside your body and mind, even the stuff that feels awful.

It’s not your job to manage the emotions of others. It’s an exhausting role that may offer temporary bursts of self-worth, but ultimately will drain the life out of you.

The mind’s default protective reaction is to focus on the story. Many people dealing with trauma can repeat their story a million times in crystal-clear detail. With mindfulness, we want to shift away from the story and start focusing on the sensations in our body. As we do this, we may try to create stories around the sensation (“I must feel this sensation because of X happening in my childhood or because of Y relationship”). Again, just use your mindfulness to become aware of that storytelling, and begin making the slow move toward body awareness.

“Stop focusing so much on your partner and begin expending some of that same energy on your own feelings. Don’t spend so much time analyzing the behaviors of someone whose behavior has nothing to do with you. Instead, explore the ball of dread and numbness in your own body.”

Al-Anon is a program for partners of addicts and alcoholics, but many of their resources apply to manipulative relationships as well. If you go to an Al-Anon meeting, you’ll probably hear someone say “Don’t JADE!” The term “JADE” stands for “justify, argue, defend, explain.” When you try to defend yourself against a false accusation, you legitimize it by even acknowledging it. The only way to respond to these tactics is to stand up and walk away.

R.A.I.N., which stands for “recognize, allow, investigate, and nonidentification.”

Tara Brach and many other Buddhists teach a great mindfulness method called R.A.I.N., which stands for “recognize, allow, investigate, and nonidentification.” These steps allow you to recognize when a new uncomfortable emotion is experienced, and allow that emotion to be experienced (rather than trying to make it go away). The more time you spend investigating it with kindness, the more in tune you become with your body, rather than constantly splitting onto a different wavelength. It doesn’t feel good, but that is okay, because you are able to start un-identifying with it. Yes, it is real, but it is not necessarily true.

Resentment is the natural reaction to betrayal and pain, so please do not judge yourself for carrying it. The key is discovering what lives behind the resentment. We don’t resent people unless there was a great deal of pain involved. If a random stranger insults you on the sidewalk, you don“t spend months or years ruminating about it. You only do that when you feel hurt or betrayed by someone you love, trust, and care for.

“Don’t focus on their hurtful behavior, but instead the feelings it brought out in you. You cannot release resentment with your mind. You cannot think your way out of this problem. Instead, you need to gain the tool you don’t have: Soothing. Love.”

Toxic shame is the feeling that we are somehow inherently defective, that something is wrong with our being. Guilt is “I made a mistake, I did something wrong.” Shame is “I’m a mistake, something is wrong with me.” At the core of our wounding is the unbearable emotional pain resulting from having internalized the false message that we are not loved because we are personally defective and shameful.—ROBERT BURNEY

Shame itself is not inherently a bad emotion. Shame can be helpful to identify when you’ve done something wrong and motivate you to reconcile it (and avoid doing it again in the future). The problem is when shame goes from an emotion to an identity. Instead of “you’ve done something bad,” the message becomes “you are bad.” This is toxic shame, and this is how we end up rejecting our true selves.

This doesn’t happen on purpose, it’s just a coping mechanism when a trusted loved one rejects or harms us in a very confusing way. Even if we point our fingers and say, “No, you’re bad!” the damage is already done. The core belief lives inside of us, and no matter how many people tell us we’re good, we don’t believe it.

The problem with shame is that we have absorbed incorrect conclusions about ourselves, based on the past actions or reactions of a trusted loved one. These conclusions tend to be quite intense and persistent, with a nagging voice that they are the ultimate truth, and anything else we tell ourselves is just a lie to make ourselves feel better.

Even if you do everything “right,” it will still never be enough. Because no matter what you do, the disordered person still has their inner agitation (which you have no control over). And they blame their inner discomfort on external factors, because that’s how the disorder works.”

These behaviors, on behalf of the disordered person you were in a relationship with, are indicative of serious psychological damage, and they can only be resolved through long-term intensive self work. You cannot reason with or help another person out of this mind-set. Please do not allow them to erode your self-worth with these games, worsening your inner belief of “never enough.” They want you to doubt yourself, because people who doubt themselves are the only people who would ever stick around for their behavior.

“Abusers gaslight with such confidence and conviction that it can actually become your own inner voice. It will greatly hinder any progress you make, because you will second-guess your own emotions and instincts. This leads to needing constant external validation, repeating your story to anyone who will listen, but it’s still not enough. Deep down you don’t believe yourself.”

Gaslighting implants a constant self-doubting voice inside survivors, causing them to question their every move, interaction, and thought. This is an extremely exhausting way to exist and will eventually lead to anxiety and depression. It also makes them vulnerable to more gaslighting, because their defenses have weakened, and the best gaslighting victims are those who doubt themselves.

Forgiveness as a manipulation tool

Predators, abusers, and cults love to use “forgiveness” as a tool to guilt-trip you into giving them another chance. To manipulate you into taking the blame for their own wrongdoings. To prove that you’re both “equally as bad.” To shame you for legitimate anger you may carry over mistreatment. To wag their fingers at you and patronize you for not being able to “let go” of the past (as opposed to them taking responsibility for their inappropriate behavior). 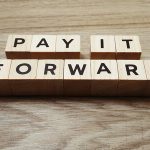 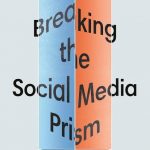