American Journalist Annie Lowrey examines the Universal Basic Income (UBI) movement, the challenges the movement faces: contradictory aims, uncomfortable cost, and the belief that no one should get something for nothing. She delves into the history of welfare programs, the coming of the machines, and the inherent technological unemployment, the need for policies that would prepare us for a world with mass unemployment.

As Lowrey notes – a UBI—giving people money—is not just a solution to our problems, but a better foundation for our society in this age of marvels.

It is universal, in the sense that every resident of a given community or country receives it. It is basic, in that it is just enough to live on and not more. And it is income.

In the past few years—with the middle class being squeezed, trust in government eroding, technological change hastening, the economy getting Uberized, and a growing body of research on the power of cash as an antipoverty measure being produced—it has vaulted to a surprising prominence, even pitching from airy hypothetical to near-reality in some places.

Mark Zuckerberg, Hillary Clinton, the Black Lives Matter movement, Bill Gates, Elon Musk—these are just a few of the policy proposal’s flirts, converts, and supporters. UBI pilots are starting or ongoing in Germany, the Netherlands, Finland, Canada, and Kenya, with India contemplating one as well. Some politicians are trying to get it adopted in California, and it has already been the subject of a Swiss referendum, where its reception exceeded activists’ expectations despite its defeat.

“Perhaps the most prominent argument for a UBI has to do with technological unemployment—the prospect that robots will soon take all of our jobs.”

Economists at Oxford University estimate that about half of American jobs, including millions and millions of white-collar ones, are susceptible to imminent elimination due to technological advances. Analysts are warning that Armageddon is coming for truck drivers, warehouse box packers, pharmacists, accountants, legal assistants, cashiers, translators, medical diagnosticians, stockbrokers, home appraisers.

Economic research shows this effect is common, with poverty acting as a kind of tax on mental bandwidth, along with its many other health, wealth, and wellness effects. “The poor must manage sporadic income, juggle expenses, and make difficult trade-offs,” argues one seminal study of the kind of fog and fatigue poverty inculcates.

“Even when not actually making a financial decision, these preoccupations can be present and distracting. The human cognitive system has limited capacity. Preoccupations with pressing budgetary concerns leave fewer cognitive resources available to guide choice and action. Just as an air traffic controller focusing on a potential collision course is prone to neglect other planes in the air, the poor, when attending to monetary concerns, lose their capacity to give other problems their full consideration.”

“Pressing financial concerns, it found, have the same cognitive effect as pulling an all-nighter, or losing 13 IQ points.“

Hayek pushed for a “certain minimum income for everyone,” as a “floor below ” which nobody need fall even when he is unable to provide for himself.

Friedman advocated for a negative income tax, the proposal later taken up by Nixon. “Let us place a floor under the income of every family with children in America,” Nixon said in his 1971 State of the Union address, “and without those demeaning, soul-stifling affronts to human dignity that so blight the lives of welfare children today.”

For more than two decades, Murray has called for eliminating the existing welfare state—Medicare, Medicaid, Social Security, welfare, Section 8, all of it, as well as corporate giveaways and subsidies for agriculture—and replacing it with an $833-a-month credit. It is “our only hope to deal with a coming labor market unlike any in human history,” he argues. “It represents our best hope to revitalize American civil society,” by making people more responsible for their own thriving, without government interference. And it would push people to rely more on one another and less on the government teat.

Andy Stern’s suggestion to give $1,000 a month to all adults, plus a bonus for seniors. He specifies that he would end “many of the current 126 welfare programs” and cut Social Security to pay for such an initiative, along with hiking some unnamed taxes.

Polities build political systems, political systems build redistributive mechanisms, homogeneity affects how much countries spend on social programs. Countries with greater racial diversity tend to put only a small fraction of their GDP to social spending, while nations with a more uniform population spend much more.

Finland, for instance, has about as close to a UBI as might be achieved with means-tested policies, and it has just 6 million people, nine out of ten of whom speak Finnish at home.

Norway has just 5 million, all of whom save for a rounding error have roots in Norway or a nearby country. These small, white nations tend to have strong, centralized governments that are proportionally representative and consensus based.

The United States, on the other hand, has a polarizing two-party system and an upper chamber where low-population rural states get equal footing with high-population urban ones. It also has a powerful states’ rights tradition that has repeatedly suppressed the development of universal benefit programs.

Belgium, Luxembourg, Sweden, the Netherlands, and France—all fairly to highly homogeneous in terms of race and language—spend close to or more than 20 percent, Alesina, Glaeser, and Sacerdoote found. The United States, on the other hand, spends half of that amount.

Government around the world – Welfare Programs/UBI

Brazil’s Bolsa Família now grants millions of people transfers in exchange for keeping their children in school and making visits to local health clinics. Bolsa Família provides financial aid to poor Brazilian families; and if they have children, families must ensure that the children attend school and are vaccinated.

In Mexico, Prospera benefits one in four families, asking for similar commitments to education and public health. It is designed to target poverty by providing cash payments to families in exchange for regular school attendance, health clinic visits, and nutrition support.

Each fall, the Alaska Permanent Fund writes a check to every man, woman, and child in the state, save for people in prison and those convicted of felonies. As of 2019, the fund was worth approximately $64 billion that has been funded by oil revenues and has paid out an average of approximately $1,600 annually per resident (adjusted to 2019 dollars)

Using donated funds, the industrial city on the edge of the Bay Area tech economy launched a small demonstration program, sending payments of $500 a month to 125 randomly selected individuals living in neighborhoods with average incomes lower than the city median of $46,000 a year.

Providing a $1,000-a-month UBI to every American citizen would mean spending something like an additional $3.9 trillion a year. That is equivalent to a fifth of the American economy—and equal to every penny the federal government currently spends, on everything from building bridges to fighting wars to caring for the elderly to prosecuting crimes to protecting wetlands.

“The top 1 percent of earners pay about 40 percent of all income taxes, which comes out to about $540 billion a year.“ 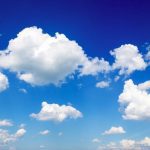 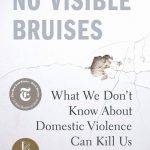 Book Summary – No Visible Bruises: What We Don’t Know About Domestic Violence Can Kill Us by Rachel Louise Snyder.