‘Until you make the unconscious conscious, it will direct your life and you will call it fate.’ – C.G. Jung

I have often been fascinated about why we act the way we do, why we comply or settle for less than we can become, and how people influence us consciously or unconsciously. In my research, I have found that the 3 major tools used for influencing people or emotional blackmail include Fear, Obligation, and Guilt. The people that easily influence us and know the buttons to press are the people closest to us, our family members, parents, siblings, spouse, and friends.

They use Fear, Obligation, and Guilt to influence, emotionally blackmail, gaslight, project, split, triangulate and get their way with us. It all started in childhood, we get domesticated the same way cats, and dogs get domesticated. We are handed scripts that influence our worldview about almost anything from finance, health, religion, marriage, etc. Our caregivers were masters at using FOG to cover up, mentally/socially condition and program us. We do question these belief systems. Hence they continuously direct our lives.

“They fuck you up, your mum and dad. They may not mean to, but they do. They fill you with the faults they had And add some extra, just for you. But they were fucked up in their turn By fools in old-style hats and coats, Who half the time were soppy-stern And half at one another’s throats. Man hands on misery to man. It deepens like a coastal shelf.” –  Philip Larkin, High Windows

Fear is False Emotions Appearing Real. We are born with only two innate fears: The fear of falling and loud sound. All other fears are fears we picked up growing up during our domestication, conditioning, and programming by our parents and caregivers. The fear of judgment, criticism, speaking, all these fears we learned as a result of not getting it right the first time. Fear is a natural human emotion that we all have at one point or the other. On the other hand, Irrational Fear is an unwarranted fear linked to an object, event, or situation. As former United States President Franklin D. Roosevelt once quipped:  ‘Courage is not the absence of fear, but rather the assessment that something else is more important than fear.’

“The only thing we have to fear is fear itself—nameless, unreasoning, unjustified terror which paralyzes needed efforts to convert retreat into advance.” – Franklin D. Roosevelt

An obligation is a course of action that someone is required to take, whether legal or moral. An obligation is one of the strongest forces in our lives, as we convince ourselves that we “have to,” “should,” “must do,” so so and so. But the reality and one of the best ways of living a fulfilled life is to drop your shoulds, must, and have to.

“Think for yourself, or others will think for you without thinking of you.” — Henry David Thoreau

The key to happiness is that you do not have to do anything. Although we have been socially, mentally, and morally conditioned with a load of scripts growing up, such as you have to:

Guilt is a moral emotion that occurs when a person believes or realizes -accurately or not that they have compromised their own standard or have violated universal moral standards and bear significant responsibility for that violation. Swiss Psychoanalyst Carl Jung once noted Guilt is a cheap substitute for legitimate suffering; it can either be healthy or unhealthy (Neuroses). The closest people to us use guilt as a tool to manipulate, influence, and emotionally blackmail us.

In her book,  Emotional Blackmail: When the People in Your Life Use Fear, Obligation, and Guilt to Manipulate You,  Therapist and Best Selling Author Susan Forward, Ph.D. writes extensively on the emotional blackmailer favorite tools: Fear, Obligation and Guilt. She writes:

Generally, it’s one particular person—a partner, a parent, a sibling, a friend—who manipulates us so consistently that we seem to forget everything we know about being effective adults. Though we may be skilled and successful in other parts of our lives, with these people we feel bewildered, powerless. They’ve got us wrapped around their little fingers.

Emotional blackmailers know how much we value our relationship with them. They know our vulnerabilities. Often they know our deepest secrets. And no matter how much they care about us, when they fear they won’t get their way, they use this intimate knowledge to shape the threats that give them the payoff they want: our compliance.

FOG is a shorthand way of referring to Fear, Obligation and Guilt, the tools of the blackmailer’s trade. Blackmailers pump an engulfing FOG into their relationships, ensuring that we will feel afraid to cross them, obligated to give them their way and terribly guilty if we don’t.

Blackmailers build their conscious and unconscious strategies on the information we give them about what we fear. They notice what we run away from, see what makes us nervous, observe when our bodies go rigid in response to something we’re experiencing. It’s not that they’re taking notes and actively filing them away for later use against us—we all absorb this knowledge about the people we’re close to. In emotional blackmail, fear works a transformation on the blackmailer, too

We all come into our adult lives with well-established rules and values regarding how much of ourselves we owe to other people and how much of our behavior ought to be determined by such ideals as duty, obedience, loyalty, altruism and self-sacrifice. We all have deeply ingrained ideas about these values, and often we think they’re our own ideas, but actually they were shaped by the influence of our parents, our religious backgrounds, the prevailing beliefs of society, the media and the people we’re close to.

Most of us have a terrible time defining our boundaries, where our obligations to others begin and end. And when our sense of obligation is stronger than our sense of self-respect and self-caring, blackmailers quickly learn how to take advantage.

Guilt is an essential part of being a feeling, responsible person. It’s a tool of the conscience that, in its undistorted form, registers discomfort and self-reproach if we’ve done something to violate our personal or social code of ethics. Guilt helps to keep our moral compass working, and because it feels so painful, it dominates our attention until we do something to relieve it. To avoid guilt, we try to avoid doing harm to someone else.

Emotional blackmailers encourage us to take global responsibility for their complaints and unhappiness, doing all they can to reprogram the basic and necessary mechanisms of appropriate guilt into an undeserved-guilt production line where the lights continually flash guilty, guilty, guilty.

Make Your Bed: Little Things That Can Change Your Life…And Maybe the World by Admiral William H. McRaven. 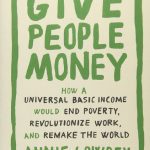