Trillion Dollar Coach is the Leadership Playbook of Silicon Valley’s Bill Campbell. The book reveals that to be a great manager, you have to be a great coach. After all, the higher you climb, the more your success depends on making other people successful. By definition, that’s what coaches do.

Based on interviews with over eighty people who knew and loved Bill Campbell, Trillion Dollar Coach explains the Coach’s principles and illustrates them with stories from the many great people and companies with which he worked. The result is a blueprint for forward-thinking business leaders and managers that will help them create higher performing and faster moving cultures, teams, and companies.

By that measure, Bill was the greatest executive coach the world has ever seen. And not an executive coach in the traditional mold, working solely to maximize the performance of individuals; Bill coached teams.”

“Bill’s approach to coaching, both what he coached and how he coached it, was unique and incredibly—a trillion dollars!—successful. It is also something needed in today’s business world, when success lies in moving quickly and continually creating innovative new features, products, and services.”

Your Title Makes You a Manager. Your People Make You a Leader.

Eric did one thing different from the norm, though: when everyone had come into the room and gotten settled, he’d start by asking what people did for the weekend, or, if they had just come back from a trip, he’d ask for an informal trip report.

The objectives were twofold. First, for team members to get to know each other as people, with families and interesting lives outside of work. And second, to get everyone involved in the meeting from the outset in a fun way, as Googlers and human beings, and not just as experts and owners of their particular roles.

Later in the meeting, when business decisions were being discussed, Eric wanted everyone to weigh in, regardless of whether the issue touched on their functional area or not. The simple communications practice—getting people to share stories, to be personal with each other—was in fact a tactic to ensure better decision making and camaraderie.

LEAD BASED ON FIRST PRINCIPLES

“In any situation there are certain immutable truths upon which everyone can agree. These are the “first principles a popular phrase and concept around Silicon Valley. Every company and every situation has its set of them. You can argue opinions, but you generally can’t argue principles, since everyone has already agreed upon them. As Bill would point out, it’s the leader’s job, when faced with a tough decision, to describe and remind everyone of those first principles. As a result, the decision often becomes much easier to make.”

Only Coach The Coachable

To be coachable, you need to be brutally honest, starting with yourself. As Hennessy says, “People who generate a lot of BS aren’t coachable. They start to believe what they are saying. They shade the truth to conform to their BS, which makes the BS even more dangerous.

DON’T STICK IT IN THEIR EAR

Don’t tell people what to do; offer stories and help guide them to the best decisions for them.

Bill’s guiding principle was that the team is paramount, and the most important thing he looked for and expected in people was a “team-first” attitude.

5 WORDS ON A WHITEBOARD

Have a structure for 1:1s, and take the time to prepare for them, as they are the best way to help people be more effective and to grow.

THE THRONE BEHIND THE ROUND TABLE

The manager’s job is to run a decision-making process that ensures all perspectives get heard and considered, and, if necessary, to break ties and make the decision.

LEAD BASED ON FIRST PRINCIPLES

Define the “first principles” for the situation, the immutable truths that are the foundation for the company or product, ny or product, and help guide the decision from those principles.

Aberrant geniuses—high-performing but difficult team members—should be tolerated and even protected, as long as their behavior isn’t unethical or abusive and their value outweighs the toll their behavior takes on management, colleagues, and teams.

MONEY’S NOT ABOUT MONEY

Compensating people well demonstrates love and respect and ties them strongly to the goals of the company.

INNOVATION IS WHERE THE CRAZY PEOPLE HAVE STATURE

The purpose of a company is to bring a product vision to life. All the other components are in service to product.

If you have to let people go, be generous, treat them well, and celebrate their accomplishments.

It’s the ceo’s job to manage boards, not the other way around.

ONLY COACH THE COACHABLE

The traits that make a person coachable include honesty and humility, the willingness to persevere and work hard, and a constant openness to learning.

Listen to people with your full and undivided attention—don’t think ahead to what you’re going to say next—and ask questions to get to the real issue.

NO GAP BETWEEN STATEMENTS AND FACT

Be relentlessly honest and candid, couple negative feedback with caring, give feedback as soon as possible, and if the feedback is negative, deliver it privately.

DON’T STICK IT IN THEIR EAR

Don’t tell people what to do; offer stories and help guide them to the best decisions for them.

BE THE EVANGELIST FOR COURAGE

Believe in people more than they believe in themselves, and push them to be more courageous.

WORK THE TEAM, THEN THE PROBLEM

When faced with a problem or opportunity, the first step is to ensure the right team is in place and working on it.

The top characteristics to look for are smarts and hearts: the ability to learn fast, a willingness to work hard, integrity, grit, empathy, and a team-first attitude.

Peer relationships are critical and often overlooked, so seek opportunities to pair people up on projects or decisions.

GET TO THE TABLE

Identify the biggest problem, the “elephant in the room,” bring it front and center, and tackle it first.

Strive to win, but always win right, with commitment, teamwork, and integrity.

When things are going bad, teams are looking for even more loyalty, commitment, and decisiveness from their leaders

FILL THE GAPS BETWEEN PEOPLE

Listen, observe, and fill the communication and understanding gaps between people.

PERMISSION TO BE EMPATHETIC

Leading teams becomes a lot more joyful, and the teams more effective, when you know and care about the people.

Cheer demonstrably for people and their successes.

Build communities inside and outside of work. A place is much stronger when people are connected.

Be generous with your time, connections, and other resources.

Hold a special reverence for—and protect—the people with the most vision and passion for the company.

Loving colleagues in the workplace may be challenging, so practice it until it becomes more natural. 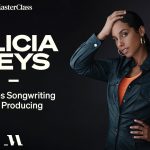