“If you disagree with an idea, you should work especially hard to implement it well because that way when it fails you’ll know it was a bad idea. Not bad execution.” — Andy Grove.

One of Amazons’ leadership principles is Have Backbone; Disagree and Commit:

“Leaders are obligated to respectfully challenge decisions when they disagree, even when doing so is uncomfortable or exhausting. Leaders have conviction and are tenacious. They do not compromise for the sake of social cohesion. Once a decision is determined, they commit wholly.”

In his 2016 Letter to Shareholders, Jeff Bezos writes about “High-Velocity Decision Making”

First, never use a one-size-fits-all decision-making process. Many decisions are reversible, two-way doors. Those decisions can use a light-weight process. For those, so what if you’re wrong? I wrote about this in more detail in last year’s letter.

Second, most decisions should probably be made with somewhere around 70% of the information you wish you had. If you wait for 90%, in most cases, you’re probably being slow. Plus, either way, you need to be good at quickly recognizing and correcting bad decisions. If you’re good at course correcting, being wrong may be less costly than you think, whereas being slow is going to be expensive for sure.

Third, use the phrase “disagree and commit.” This phrase will save a lot of time. If you have conviction on a particular direction even though there’s no consensus, it’s helpful to say, “Look, I know we disagree on this but will you gamble with me on it? Disagree and commit?” By the time you’re at this point, no one can know the answer for sure, and you’ll probably get a quick yes.

In his book, Product Management in Practice, Matt LeMay writes:

“Far too many meetings adjourn without critical conversations taking place because nobody wants to publicly offer a dissenting opinion. Thankfully, the good folks at Intel pioneered a technique called “disagree and commit” that is designed to solve for this very set of problems. The idea behind disagree and commit is simple: the goal of a meeting should not be to get consensus, but rather to get commitment. How are these things different?”

The decision being made was so important that nobody wanted to speak up and be held accountable for it.

Everybody grew tired and just wanted the meeting to be over, so they agreed to…whatever it was the meeting was about. (What was that meeting about, again?)”

By contrast, commitment means that everybody in the room is explicitly taking responsibility for any decision that is made in the meeting. Prompting people to affirmatively commit to a path forward rather than letting them slink out of the meeting with no sense of accountability naturally encourages people to share dissenting and complicating information. After all, nobody wants to be held accountable for a plan that they know is going to fail.

At its heart, disagree and commit is about achieving the following goals:

In his book, The Advantage: Why Organizational Health Trumps Everything Else In Business, Author and Business Management writer, Patrick M. Lencioni writes:

“Great teams avoid the consensus trap by embracing a concept that Intel, the legendary microchip manufacturer, calls “disagree and commit.” Basically, they believe that even when people can’t come to an agreement around an issue, they must still leave the room unambiguously committed to a common course of action. Most executives who hear about this disagree-and-commit philosophy are immediately convinced that it is something they want. But they need to remember that it requires a willingness on the part of the leader to invite the discomfort of conflict. After all, the principle of disagree and commit can’t happen without the disagree part.”

“See, it’s only when colleagues speak up and put their opinions on the table, without holding back, that the leader can confidently fulfill one of his most important responsibilities: breaking ties. When a leader knows that everyone on the team has weighed in and provided every possible perspective needed for a fully informed decision, he can then bring a discussion to a clear and unambiguous close and expect team members to rally around the final decision even if they initially disagreed with it.”

Basically, they believe that even when people can’t come to an agreement around an issue, they must still leave the room unambiguously committed to a common course of action.

One of my favorite takeaways from reading Jeff Bezo’s 2020 Book, Invent and Wander, is Jeffs’ take and insights on making decisions. He writes:

THERE ARE WAYS to increase the speed of decision making, and it’s super important. If I were to be so bold as to advise other senior leaders, I would say one of the things to watch out for—I see it at Amazon—is junior executives modeling senior executives in their decision making. And that’s normal. But you’re always looking up at the senior people and modeling. And a lot of it is even subconscious. The problem with that modeling is that it may not take into account the fact that there are different types of decisions.

You can make the decision, and you step through. It turns out to have been the wrong decision; you can back up. And what happens in large organizations—not in start-up companies but in large organizations—is that all decisions end up using the heavyweight process that is really intended only for irreversible, highly consequential decisions. And that’s a disaster. When there’s a decision that needs to be made, you need to ask, “Is it a one-way door or a two-way door?” If it’s a two-way door, make the decision with a small team or even one high-judgment individual. Make the decision. If it’s wrong, it’s wrong. You’ll change it. But if it’s a one-way door, analyze it five different ways. Be careful, because that is where slow is smooth and smooth is fast.

You do not want to make one-way-door decisions quickly. You want to get consensus or at least drive a lot of thought and debate.

What can also really speed up decision making, in addition to asking whether a decision involves a one-way or two-way door, is teaching the principle of disagreeing and committing. So you’ve got passionate missionaries, which you need to have. Everybody cares, and if you’re not careful, the decision process can basically become a war of attrition. Whoever has the most stamina will win; eventually the other party, with the opposite opinion, will just capitulate: “Okay, I’m exhausted. We’ll do it your way.”

That is the worst decision-making process in the world. It leaves everybody demoralized, and you also get a kind of random result. A much better approach is for the more senior person to escalate to even more senior leaders. Controversial decisions need to be escalated quickly. You can’t let two junior people argue for a year and exhaust themselves. You have to teach those junior people.

“I disagree and commit all the time. I’ll debate something for an hour or a day or a week. And I’ll say, “You know what? I really disagree with this, but you have more ground truth than I do. We’re going to do it your way. And I promise I will never tell you I told you so.”

And here’s the important part: Sometimes this disagreement happens between the more senior person and a subordinate. The subordinate really wants to do it one way, and the senior person really thinks it should be done a different way. And it’s often the case that the more senior person should disagree and commit. I disagree and commit all the time. I’ll debate something for an hour or a day or a week. And I’ll say, “You know what? I really disagree with this, but you have more ground truth than I do. We’re going to do it your way. And I promise I will never tell you I told you so.”

It’s actually very calming really because it’s acknowledging the reality that the senior person has a lot of judgment. That judgment is super valuable, and that’s why sometimes you should overrule subordinates even when they have better ground truth. But that’s your judgment. And sometimes you’re, like, “I know this person, or I’ve worked with them for years. They have great judgment. They really disagree with me, and they have way better ground truth. I’m going to disagree and commit.”

Organizations that have used the Disagree and Commit Principle 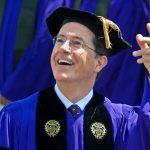 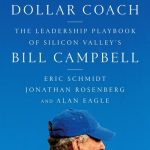