I first stumbled on the sentence “Don’t worry be crappy” in one of Guy Kawasaki’s book and the concept really helped me with my perfectionist tendencies. Anytime I want to get into the analysis paralysis mode, I remind myself that you do not need to be great to start but you have to start to be great.

One of the favourite concepts have learnt from reading Guy Kawasaki Books is Don’t Worry be Crappy, it was an aha moment for me when I was first  exposed to the concept around 2012 while trying to startup some projects. This singular idea changed my perspective on starting anything as I discovered most big brands did not  start as fortune 100 companies they worked their way up the value chain.

Anytime I have the resistance when trying to start something new and I over tweak or try to over analyse, I go to Archive.org to view how top brands I personally admired looked like when they were starting out. Do this little experiment and check out brands like Apple, Microsoft, Coca Cola to name but a few to view how they looked like when they were starting out.

An innovator doesn’t worry about shipping an innovative product with elements of crappiness if it’s truly innovative. The first permutation of a innovation is seldom perfect–Macintosh, for example, didn’t have software (thanks to me), a hard disk (it wouldn’t matter with no software anyway), slots, and color. If a company waits–for example, the engineers convince management to add more features–until everything is perfect, it will never ship, and the market will pass it by.

The key to the concept of don’t worry be crappy was very paradigm shifting for me when I first discovered it and it has always been a framework for shipping creative projects for me. One exercise I always experiment with whenever I am over analysing with executing is that I remind myself that every project started from somewhere an acorn before becoming an oak tree.

I get it been perfect is very desirable especially in our filter perfect social media world, it is hard not been perfect not having figured it out. You are not supposed to be perfect as it is the constant struggle that makes life worth living, we listen more to others than to our own internal voice. We constantly compare ourselves to others, it is ok to be imperfect in your life, with your product, your project, your blog, your book just do it because life is short and it could be over before you even start living.

It is extremely tough been vulnerable and admitting your insecurities, life becomes worth living. The fear of failure, disappointment and making a mistake stop a lot of us from following our bliss: we ask ourselves what would so and so think but the key is that no one is really thinking about you.

kintsukuroi (金繕い, “golden repair”), is the Japanese art of repairing broken pottery by mending the areas of breakage with lacquer dusted or mixed with powdered gold, silver, or platinum, a method similar to the maki-e technique. As a philosophy, it treats breakage and repair as part of the history of an object, rather than something to disguise.

This ancestral technique, developed in Japan during the fifteenth century, consists of repairing a broken object by accentuating its cracks with gold—instead of hiding them. But the philosophy behind it goes much deeper than a simple artistic practice. It has to do with the symbolism of healing and resilience. First taken care of and then honored, the broken object accepts its past and paradoxically becomes more robust, more beautiful, and more precious than before it was broken. This metaphor can provide insight into all stages of healing, whether the ailment is physical or emotional.”

In his Book, Art of the Start 2.0, Guy Kawasaki shares some more insight on the concept of Don’t Worry be Crappy:

The first step in launching a company is not to fire up Word, PowerPoint, or Excel. There’s a time for using these applications, but it’s not now. Instead, your next step is to build a prototype of your product and get it to customers.

“I call this, “Don’t worry, be crappy”—inspired by Bobby McFerrin’s song “Don’t Worry, Be Happy.” Eric Ries, author of The Lean Startup, calls this the minimum viable product (MVP). Ries explains the MVP concept in this way:

It is not necessarily the smallest product imaginable, though; it is simply the fastest way to get through the Build-Measure-Learn feedback loop with the minimum amount of effort. . . . The goal of the MVP is to begin the process, not end it.

I’d add two words to MVP and transform it to MVVVP: minimum viable valuable validating product. First, the product can be viable—able to get through the feedback loop and make money—but that’s not enough. It should also be valuable in that it jumps curves, makes meaning, and changes the world. Let’s aim high!

Second, your product should also validate the vision of your startup. Otherwise, you may have a viable and valuable product (which is good) but not necessarily one that validates the big picture of what you’re trying to achieve.

For example, the first iPod was not only a viable product (early to market and profitable); it was also valuable (the first way to legally your kids ride in it? If you don’t have kids, then your golden retriever.”

The Wayback Machine is a digital archive of the World Wide Web, founded by the Internet Archive, a nonprofit library based in San Francisco. It allows the user to go “back in time” and see what websites looked like in the past.

Anytime the perfection tendency and procrastination creeps in, my favourite website to visit is the wayback machine that allow users to go back in time and see what any website looked like in the beginning. I check my favourite brands and see how they started; brand such as Apple, Microsoft, Nike,

Here is a screenshot of Apple’s website from 1996 to date:

In a recent podcast episode with Tim Ferris, Seth Godin shared a very great insight on writers block, he asked “Where is your bad writing?”

And there’s no such thing as writer’s block. Writer’s block is real, but it does not exist. What it really is is misnamed. “I have a fear of bad writing. I have a fear of what the world will say when it encounters my bad writing,” and the way through is to do your bad writing. You don’t have to ship it to the world, but you have to do the bad writing and bad writing over time if you do enough of it can’t persist. Good writing will slip through, and I learned this from Isaac Asimov. He and I worked together on a project years ago.

He published 400 books back when it was hard to publish a book, 400 books, and he told me that every morning — sorry, that’s the volunteer fire department. Every morning for six hours, he would sit and type. It didn’t matter if it was good or not, he had to do six hours of typing. Now obviously, he didn’t have a typing problem. Just about anybody can do six hours of typing and then at the end of the shift, he would look throughout the bad writing, whatever was left, what was left and the subconscious understood that if he’s going to type anyway, you might as well type something good.

Asimov was a prolific writer who wrote or edited more than 500 books and an estimated 90,000 letters and postcards.

All the best in your quest to get better. Don’t Settle: live with Passion. 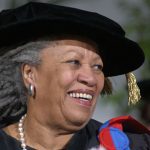 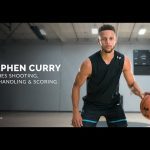