High achievers have something in common: they sweat the small stuff, are the hardest worker in the room, deliberately practice, are relentless, and have a compelling vision of what they are trying to create.

Stephen Curry was born in 1988 and raised in Charlotte, North Carolina. Stephen’s father, former NBA player Dell Curry, imbued him with a love for basketball and inspired Stephen to pursue the game professionally. After a meteoric college career with the Davidson Wildcats, Stephen went to the Golden State Warriors as the seventh overall pick in the 2009 draft.

Stephen exceeded expectations for a player of his size, shattering numerous NBA records during his first five years in the league. He scored more three-point field goals during the 2012–13 season than any individual player in league history and broke this record again during the 2014–15 season, working to become one of the most accurate and consistent shooters in the league. He won his first NBA championship in 2015, his second in 2017, his third in 2018 and earned back-to-back Most Valuable Player awards in the 2014–15 and 2015–16 seasons, the latter by unanimous vote—a first in NBA history.

Here are my favourite take-aways from viewing, Stephen Curry’s Masterclass Session on Shooting, Ball-Handling, and Scoring:

“As a shooter, it’s all about doing your work early. That’s kind of my philosophy…It all starts from the ground up.” —Stephen Curry

“You wanna be as detailed as possible on your mechanics right here in front of the basket because it takes 10 perfect makes to undo just one bad mechanic shot.”

Hand positioning is key to becoming a consistent shooter: it affects feel, proper spin, connection, and control through your release.

“Basketball is such a fast-paced game. But there’s a poetry about it and there’s a rhythm to it.”

• Rely on strong shooting mechanics. Be under control.

• Protect the ball with your opposite shoulder.

• Check the game clock—the amount of time left on the countdown will determine the pace at which you should develop the play.

MasterClass Annual Membership for only $180 USD 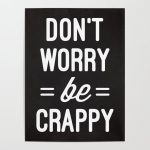 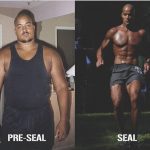