The great courses class answers a lot of these questions, with 36 Lectures in 18 hours

From the steam engine to the horseless carriage, the rise of the factory to the role of immigrant labor, the course provides insight not only into the historical period but also into the birth of modern life and work as we know it.

Professor Patrick N. Allitt was born in 1956 and raised in Mickleover, England. He attended John Port School in the Derbyshire village of Etwall and was an undergraduate at Hertford College, University of Oxford, from 1974 to 1977. He studied American History at the University of California, Berkeley, where he earned his Ph.D. in 1986. Between 1985 and 1988, he was a Henry Luce Postdoctoral Fellow at Harvard Divinity School, where he specialized in American Religious History. Since then, he has been on the history faculty of Emory University, except for one year (1992–1993) as a fellow at the Princeton University Center for the Study of Religion. He was the director of Emory’s Center for Teaching and Curriculum from 2004 to 2009 and has been the Cahoon Family Professor of American History since 2009.

In Britain, the development of political stability after 1689 made investors willing to risk their money on industrial ventures

These events of 1688–1689, known as the Glorious Revolution, created conditions of political stability that have endured right up to the present, making the constitutional monarchy of Britain one of the most durable in the world.

The Neolithic Revolution, or the (First) Agricultural Revolution, was the wide-scale transition of many human cultures during the Neolithic period from a lifestyle of hunting and gathering to one of agriculture and settlement, making an increasingly large population possible.

Industrialization depends on the idea that tradition should not always constrain us and that careful thought can enable us to do what our ancestors never even attempted. In this sense, industrialization has immense antitraditional implications.

The nature of social change is that it produces winners and losers. Each time a technology is made obsolete, some people may lose their livelihoods or drop out of the workforce altogether.

The possibility of using women and children as textile workers coincided with the Napoleonic Wars (1790s–1815), when large numbers of men were in the armed services.

He was a Promethean figure, intellectually and technologically daring, who pushed new  possibilities further than any of his contemporaries.

The “De-Skilling” of Workers

Separation of Work from Home Life

Only “friendly societies” were allowed, in which workers paid weekly sums with the promise of sick pay or a decent burial if they died in a work accident.

Mercantilism presupposed that a nation’s strength required close political regulation of economic activities—a claim that the theorists of the industrial age were about to challenge. 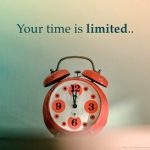 Your Time is Limited. 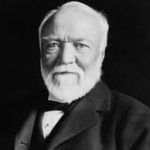