Erdal Arıkan (born 1958) is a Turkish professor in the Electrical and Electronics Engineering Department at Bilkent University, Ankara, Turkey. In 2013, Arıkan received the IEEE W.R.G. Baker Award for his contributions to information theory, particularly for his development of polar coding. In December 2017 he was honored with the 2018 Richard W. Hamming Medal. In June 2018, he received the Shannon Award.

In 2008 Arıkan invented polar codes, a system of coding that provides a mathematical basis for the solution of Shannon’s channel capacity problem. A three-session lecture on the matter given in January 2015 at Simons Institute’s Information Theory Boot Camp at the University of California, Berkeley is available on YouTube.The lecture is also featured on the Simons Institute webpage, which includes the slides used by Arıkan in his presentation.

Huawei presented Arıkan with a special award in July 2018, recognizing “his outstanding contribution to the development of communications technology.” The medal symbolizes “the importance of new communications technology in leading the world forward.”  “As engineers,” Arıkan said in his acceptance speech, “there is no greater reward than seeing our ideas turn into reality.

With 5G just on the horizon, the paper on polar codes that Professor Arikan published in 2008 defined an entirely new approach to maximizing the rate and reliability of data transmission. Polar codes are the world’s first channel coding scheme to bring us up against the threshold of Shannon’s limit, or the maximum rate that data can be sent with zero error at a particular bandwidth. Polar codes significantly improve coding performance for 5G. At the same time, they reduce the complexity of design and ensure service quality. In 2016, 3GPP (the international standards body responsible for 5G standards) adopted polar codes as the official coding scheme for the control channels of 5G New Radio (NR) eMBB interface.

At the awards ceremony, Huawei founder Mr. Ren Zhengfei presented a medal to Professor Arikan. The medal, designed and manufactured by the Monnaie de Paris (Paris Mint), features an engraving of the Goddess of Victory with a red Baccarat crystal, symbolizing the importance of new communications technology in leading the world forward.

In 2010, Huawei recognized the potential in polar codes to optimize channel coding technology, so the company invested in further research to build on Professor Arikan’s work. Through years of focused effort, the company has made multiple breakthroughs in core polar code technology, helping polar codes move beyond the realm of academic research and see the light of day.

At the awards ceremony, Huawei also honored more than 100 of its in-house scientists for their work on basic research and standards. In particular, the company wanted to recognize their successful research in 5G New Radio and their eight groundbreaking innovations, including new waveforms and new coding schemes. These scientists worked closely with industry partners to verify key technologies and drive the standardization process, making an important contribution to 3GPP’s 5G Release 15 standards.

In the December/January Wired USA Magazine profile of Erdal Arıkan by Steven Levy:

ERDAL ARIKAN WAS born in 1958 and grew up in Western Turkey, the son of a  doctor and a homemaker. He loved science. When he was a teenager, his father remarked that, in his profession, two plus two did not always equal four. This fuzziness disturbed young Erdal; he decided against a career in medicine. He found comfort in engineering and the certainty of its mathematical outcomes. “I like things that have some precision,” he says. “You do calculations and things turn out as you calculate it.”

Arıkan entered the electrical engineering program at Middle East Technical University. But in 1977, partway through his first year, the country was gripped by political violence, and students boycotted the university. Arıkan wanted to study, and because of his excellent test scores, he managed to transfer to CalTech, one of the world’s top science-oriented institutions, in Pasadena, California. He found the US to be a strange and wonderful country. Within his first few days, he was in an orientation session addressed by legendary physicist Richard Feynman. It was like being blessed by a saint.

Arkan devoured his course, especially in information theory. The field was still young, launched in 1948 by Claude Shannon, who wrote its seminal paper while he was at Bell Labs; he would later become a revered MIT professor. Shannon’s achievement was to understand how the hitherto fuzzy concept of information could be quantified, creating a discipline that expanded the view of communication and data storage. By publishing a general mathematical theory of information—almost as if Einstein had invented physics and come up with relativity in one swoop— Shannon set a foundation for the internet, mobile communications, and everything else in the digital age. The subject fascinated Arıkan, who chose MIT for graduate studies. There was one reason: “Bob Gallager was there,” he says.

Robert Gallager had written the textbook on information theory. He had also been mentored by Shannon’s successor. In the metrics of the field, that put him two steps from God. “So I said, if I am going to “The key to discoveries is to look at those places where there is still a paradox. It’s like the tip of an iceberg. If there is a point of dissatisfaction, take a closer look at it.” —ERDAL ARIKAN do information theory,” Arıkan says, “MIT is the place to go.”

Arıkan finished his doctoral thesis in 1986, and after a brief stint at the University of Illinois, he returned to Turkey to join the country’s first private, nonprofit research institution, Bilkent University, located on the outskirts of Ankara. Arıkan helped establish its engineering school. He taught classes. He published papers. But Bilkent also allowed him to pursue his potentially fruitless battle with the Shannon limit. “The best people are in the US, but why aren’t they working for 10 years, 20 years on the same problem?” he said. “Because they wouldn’t be able to get tenure; they wouldn’t be able to get research funding.” Rather than advancing his field in tiny increments, he went on a monumental quest. It would be his work for the next 20 years. 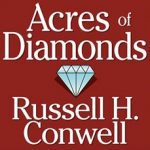 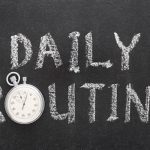