“God himself, sir, does not propose  to judge man until the end of his days.”

In his great book, How to Win Friends and Influence People, Author Dale Carnegie shared a great story about a father and son, which teaches the virtue of patience with other humans and the futility of criticism. The piece originally appeared as an editorial in the People’s Home Journal and was reprinted in the book as condensed in the Reader’s Digest:

Listen, son: I am saying this as you lie asleep, one little paw crumpled under your cheek and the blond curls stickily wet on your damp forehead. I have stolen into your room alone. Just a few minutes ago, as I sat reading my paper in the library, a stifling wave of remorse swept over me. Guiltily I came to your bedside.

There are the things I was thinking, son: I had been cross to you. I scolded you as you were dressing for school because  you gave your face merely a dab with a towel. I took you to task for not cleaning your shoes. I called out angrily when you threw some of your things on the floor.”

“At breakfast I found fault, too. You spilled things. You gulped down your food. You put your elbows on the table. You spread butter too thick on your bread. And as you started off to play and I made for my train, you turned and waved a hand and called, “Goodbye, Daddy!” and

I frowned, and said in reply, “Hold your shoulders back!”

“Then it began all over again in the late afternoon. As I came up the road I spied you, down on your knees, playing marbles. There were holes in your stockings. I humiliated you before your boyfriends by marching you ahead of me to the house. Stockings were expensive – and if you had to buy them you would be more careful! Imagine that, son, from a father!

Do you remember, later, when I was reading in the library, how you came in timidly, with a sort of hurt look in your eyes? When I glanced up over my paper, impatient at the interruption, you hesitated at the door. “What is it you want?” I snapped.”

“You said nothing, but ran across in one tempestuous plunge, and threw your arms around my neck and kissed me, and your small arms tightened with an affection that

God had set blooming in your heart and which even neglect could not wither. And then you were gone, pattering up the stairs.

Well, son, it was shortly afterwards that my paper slipped from my hands and a terrible sickening fear came over me. What has habit been doing to me? The habit of finding fault, of reprimanding – this was my reward to you for being a boy. It was not that I did not love you; it was that I expected too much of youth. I was measuring you by the yardstick of my own years.

And there was so much that was good and fine and true in your character. The little heart of you was as big as the dawn itself over the wide hills. This was shown by your spontaneous impulse to rush in and kiss me good night. Nothing else matters tonight, son. I have come to your bed-side in the darkness, and I have knelt there, ashamed!”

It is a feeble atonement; I know you would not understand these things if I told them to you during your waking hours. But tomorrow I will be a real daddy! I will chum with you, and suffer when you suffer, and laugh when you laugh. I will bite my tongue when impatient words come. I will keep saying as if it were a ritual: “He is nothing but a boy – a little boy!”

I am afraid I have visualized you as a man. Yet as I see you now, son, crumpled and weary in your cot, I see that you are still a baby. Yesterday you were in your mother’s arms, your head on her shoulder. I have asked too much, too much.

Instead of condemning people, let’s try to understand them. Let’s try to figure out why they do what they do. That’s a lot more profitable and intriguing than criticism; and it breeds sympathy, tolerance and kindness. “To know all is to forgive all.”

As Dr. Johnson said: “God himself, sir, does not propose  to judge man until the end of his days.”

Why should you and I? 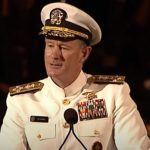 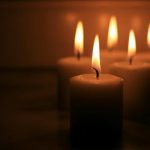