A career in the arts is like a hitchhiking trip: All you need is one person to say “Get in” and off you go. And then the confidence begins.

American filmmaker John Waters delivered the commencement address for the Rhode Island School of Design’s graduating class of 2015. The speech inspired – the Make Trouble book which contains inspiring advice for artists, graduates, and all who seek happiness and success on their own terms.

“Refuse to isolate yourself. Separatism is for losers.”

I should say right off that I am really qualified to be your commencement speaker. I was suspended from high school, then kicked out of college in the first marijuana scandal ever on a university campus. I’ve been arrested several times. I’ve been known to dress in ludicrous fashions. I’ve also built a career out of negative reviews, and have been called “the prince of puke” by the press. And most recently a title I’m really proud of: “the people’s pervert.” I am honored to be here today with my people.

OK, I’m supposed to inspire you. How’s this? Somehow I’ve been able to make a living doing what I love best for 50 years without ever having to get a real job. “But how can you be so disciplined?” friends always ask when I tell them my job is to get up every day at 6 A.M. Monday to Friday and think up insane stuff. Easy! If I didn’t work this hard for myself, I’d have to go work for somebody else. Plus I can go to my office one room away from my bedroom in my own house dressed in my underpants if I want to.

You’re lucky. When I went to school, my teachers discouraged every dream I ever had. I wanted to be the filthiest person alive, but no school would let me. I bet RISD would’ve. You could possibly even make a snuff movie here and get an A+. Hopefully, you have been taught never to fear rejection in the workplace. Remember, a no is free. Ask for the world and pay no mind if you are initially turned down. A career in the arts is like a hitchhiking trip: All you need is one person to say “Get in” and off you go. And then the confidence begins.

A career in the arts is like a hitchhiking trip: All you need is one person to say “Get in” and off you go. And then the confidence begins.

Remember: You must participate in the creative world you want to become part of.

And, as you get older, you’ll need youth spies that will keep you abreast of new music that nobody has heard of yet or body-piercing mutilations that are becoming all the rage – even budding sexually transmitted disease you should go to any length to avoid.

Never be like some of my generation who say “We had more fun in the ’60s.” No, we didn’t! The kids today who still live with their parents who haven’t seen them in months but leave food outside their bedroom doors are having just as much fun shutting down the government of foreign countries on their computer as we did banning the bomb.

Today may be the end of your juvenile delinquency, but it should also be the first day of your new adult disobedience.

Today may be the end of your juvenile delinquency, but it should also be the first day of your new adult disobedience. These days, everybody wants to be an outsider, politically correct to a fault. That’s good. I hope you are working to end racism, sexism, ageism, fatism. But is that enough? Isn’t being an outsider sooo 2014? I mean, maybe it’s time to throw caution to the wind, really shake things up, and reinvent yourself as a new version of your most dreaded enemy – the insider. Like I am.

Ha! The final irony: A creatively crazy person who finally gets power. Think about it: I didn’t change. Society did. Who would have ever thought a top college like RISD would invite a filth elder like myself to set an example to its students‽ See? There’s hope for everybody.

You need to prepare sneak attacks on society. Hairspray is the only really devious movie I ever made. The musical based on it is now being performed in practically every high school in America – and nobody seems to notice it’s a show with two men singing a love song to each other that also encourages white teen girls to date black guys. Pink Flamingos was preaching to the converted. But Hairspray is a Trojan horse: It snuck into Middle America and never got caught. You can do the same thing.

Listen to your political enemies, especially the smart ones, and then figure out a way to make them laugh. Nobody likes a bore on a soapbox. Humour is always the best defence and weapon. If you can make an idiot laugh, they’ll at least pause and listen before they do something stupid – to you.

Refuse to isolate yourself. Separatism is for losers. Gay is not enough anymore. It’s a good start, but I don’t want my memoirs to be in the gay section near true crime at the back of the bookstore next to the bathrooms. No! I want it up front with the best-sellers. And don’t heterosexual kids actually receive more prejudice in art schools today than the gay ones? Things are a-changing. It’s a confusing time.

Refuse to isolate yourself. Separatism is for losers.

This might be time for a trigger warning. Uh, the amazing concept I’ve heard about is where you’re supposed to warn students if you’re gonna talk about something that challenges their values? I thought that’s why you went to college. My whole life has been a trigger warning. But you have been warned. So the trigger warning is [in] effect, and now back to the prepared speech.

Uh, don’t hate all rich people. They’re not all awful. Believe me, I know some evil poor people, too. We need some rich people: Who else is going to back our movies or buy our art? I’m rich! I don’t mean money-wise. I mean that I have figured out how to never be around assholes at any time in my personal and professional life. That’s rich. And not being around assholes should be the goal of every graduate here today.

It’s OK to hate the poor, too, but only the poor of spirit, not wealth. A poor person to me can have a big bank balance but is stupid by choice – uncurious, judgemental, isolated, and unavailable to change.

I’m also sorry to report there’s no such thing as karma. So many of my talented great friends are dead and so many of the fools I’ve met and loathed are still alive. It’s not fair, and it never will be.

Parents, now it’s time to talk to you. God, these kids can be brats, can’t they? Entitled little bastards. Do they think you’re made of money? Can’t they give you a second to adjust to such social changes as sexual reassignment surgery, horn implants, and the political rights of the adult-baby community? And, young adults, maybe today is the day you stop blaming your parents for every problem you’ve ever had. Yes, it’s a drag you were kept locked in a cardboard box under their bed and daily whipped with a car ærial, but it’s time to move on. We’ve all been dealt a hand. Deal with it! Whining is never appealing in a college graduate.

And, parents, vice-versa: You don’t get to order up your kids, either. Maybe your daughter did tattoo her entire face. Well, work with that you got! Think positively: Maybe she’ll open a fancy tattoo parlour in Paris.

I’m touched to sometimes see distraught parents bringing their angry and defiant teenage children with them to see my spoken-word show in a last-ditch effort to bond. At least both sides are trying. The truce of maturity will come to families if every member is patient. I often look back in wonder at how understanding my parents were. Dr. Spock didn’t have a chapter in his child-rearing book on how to handle you son if all he wanted to do as a child was play Car Accident. Yet my mom took me to junkyards as a toddler and let me wander around fantasizing ghoulishly.

The truce of maturity will come to families if every member is patient.

My dad even lent me the money to make Pink Flamingos, and I paid him back in full – with interest. But, looking back, did I really expect him to be thrilled that I had made one of the “most stupid, vile, repulsive films ever made,” as Variety called it?

My parents made me feel safe, and that’s why I’m up here today. That’s what you should try to do to your children too – no matter where you get your children these days.

Contemporary art’s job is to wreck what came before. Is there a better job description than that to aspire to? Here’s another trigger warning, and pardon [me] for [swearing]: Go out in the world and fuck it up beautifully.

And finally, count your blessings. You got through college. You didn’t commit suicide, O.D., or have a nervous breakdown, and let’s remember the ones who did. It’s time to get busy. It’s your turn to cause trouble – but this time in the real world, and this time from the inside. 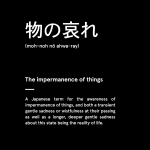 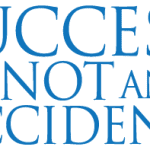 Success is Never an Accident