Success is Never an Accident

Author Earl Nightingale defined success as the progressive realization of a worthy ideal. This means that any person who knows what they are doing and where they are going is a success. Any person with a goal towards which they are working is a successful person. Success is personal and subjective hence what I think to be success might not be success to you but no matter what your definition of success is, you still need to aim for something. Woody Allen once said that 80 percent of success in life is just showing up. It is the writer who sits down every day to write, the entrepreneur who is always growing his business, the salesman who is always pitching, the artist who is always rehearsing, the sportsman who is always at the gym training, the student at the library studying, the creative who is always creating.

80 percent of success in life is just showing up. – Woody Allen

To become successful requires a relentless pursuit of your goals, long hours of training and deliberately practicing, continuously believing in yourself, and trusting the process. The reason we love pro-athletes is that they show us what is possible and what we can become. All the people we know by their first name showed up: Jordan, Serena, Alli, Lebron, Beyonce, Brady, Kobe, Messi, Bolt. They all grinded for a long time, they trained, they prepared, they were always the first in the gym and the last to leave the gym, They became so good no one can ignore them, they worked so hard their signature became an autograph.

The successful have a great work ethic, they are the hardest workers in the room. Their success was the result of the deliberate and relentless pursuit of their goals and aspirations. They got rewarded in public for what they practiced and refined in private.

Success is no accident. It is hard work, perseverance, learning, studying, sacrifice and most of all, love of what you are doing or learning to do. – Pele

As James Allen observed in his great book, As a Man Thinketh:

“The thoughtless, the ignorant, and indolent, seeing only the apparent effects of things and not the things themselves, talk of law, of fortune, and chance. Seeing a man grow rich, they say, “How lucky is!” Observing another become intellectual they exclaim, “How highly favored he is!” And noting the saintly character and wide influence of another, they remark, “How chance aids him at every turn!” They don’t see the trials and failures and the struggles which these men have voluntarily encountered in order to gain their experience; have no knowledge of the sacrifices they have made, of the undaunted efforts they have put forth, of the faith they have exercised, that they might overcome the apparently insurmountable, and realize the vision of their heart. They do not know the darkness and the heartaches; they only see the light and the Joy, and they call it “luck”; do not see the longing arduous journey, but only behold the pleasant goal, and call it “good fortune”; do not understand the process, but only perceive the result, and call it “chance”.”

“Success is all about going from failure to failure without losing enthusiasm.” – Winston Churchill

In Zero to One, German-American billionaire entrepreneur and venture capitalist Peter Thiel writes:

THE MOST CONTENTIOUS question in business is whether success comes from luck or skill. What do successful people say?

Malcolm Gladwell, a successful author who writes about successful people, declares in Outliers that success results from a “patchwork of lucky breaks and arbitrary advantages.”

Warren Buffett famously considers himself a “member of the lucky sperm club” and a winner of the “ovarian lottery.

Jeff Bezos attributes Amazon’s success to an “incredible planetary alignment” and jokes that it was “half luck, half good timing, and the rest brains.

Bill Gates even goes so far as to claim that he “was lucky to be born with certain skills,” though it’s not clear whether that’s actually possible.

In January 2013, Jack Dorsey, founder of Twitter and Square, tweeted to his 2 million followers: “Success is never accidental.”

The difference between the successful and the unsuccessful is that the successful persevered, persisted, and resisted the urge to become lazy, they followed through on their commitment to themselves to train, read, rehearse, prepare, and when it was time to execute they were in a state of flow.  The successful set themselves up for success, their success was not an accident. As American Businessman and Motivational Speaker Chris Gardner observed, their goals follow the 5C Complex:

The most successful people are usually in a state of flow, they found what they loved, prepared, trained and they eventually discovered who they are meant to become. They toiled in private and they get rewarded in public with the medal(s), the endorsement deals, respect, and prestige.

According to  Hungarian-American psychologist Mihaly Csikszentmihalyi, in his seminal book Flow: The Psychology of Optimal Experience. He writes:

Flow is a sense that one’s skills are adequate to cope with the challenges at hand, in a goal-directed, rule-bound action system that provides clear clues as to how well one is performing. Concentration is so intense that there is no attention left over to think about anything irrelevant, or to worry about problems. Self-consciousness disappears, and the sense of time becomes distorted. An activity that produces such experiences is so gratifying that people are willing to do it for its own sake, with little concern for what they will get out of it, even when it is difficult, or dangerous.

Their success is not an accident but most of us attribute their success to luck, they worked on themselves because they understand that success is what you attract and not what you pursue. They created value and they got rewarded with the perks of their hard work and sacrifice. As Albert Einstein observed: “Do not try to become a person of success but try to become a person of value.”

Success is never an accident. You don’t just stumble on success, it takes the relentless pursuit of excellence and working hard on what matters. The overnight success often talked about usually takes 10 years/10,000 years of deliberate effort and practice. To get successful often requires doing the hard, arduous, repetitive, and boring stuff, day in and day out. As it is often said, if you do what is easy, your life would be hard but if you do what is hard your life would be easy. Most of us are not wired for success because we are always looking for shortcuts in life but the reality is that: “If you take shortcuts you would be cut short.”

“If you take shortcuts you would be cut short.”

You do not have to be great to start but you have to start to be great. Most of us do not and will achieve our potential because we are in a trance, performing for the world, putting up a mask/persona, living a life of quiet desperation. We do this because we are not ready to be courageous to take the hard initial steps. If you work hard, what is hard would eventually work. I know from experience that what got you are today would not get you to where you are going. You have to be ready to make the initial tough decisions, have faith that the universe would conspire in your favor.

If you work hard, what is hard would eventually work.

Becoming successful would require you to make some tough decisions like pressing the pause or stop buttons with some family members, friends, peers, groups, social media platforms, environments, etc. If you cannot pay the price, you cannot win the prize. As author Napoleon Hill once said- “Success Requires No Explanations Failure Permits No Alibis”. Do not let the success get into your head and do not let the failure get into your heart. You’ve got this, you are here to create some epic shit. Just DO it, Live your truth and Follow your bliss. 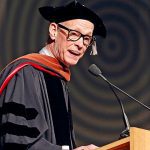 After a while – Veronica A. Shoffstall