One of my favourite takeaway from reading, How to Stop Worrying and Start Living by Dale Carnegie, is the concept of living in day-tight compartment which is attributed to Sir William Osier.

In 1913, Sir William Osler delivered a speech at Yale University which he called “A way of Life”. He recommends approaching life as a series of “day-tight compartments,” which he likens to the water-tight compartments that keep a ship afloat. He suggested living in day-tight compartment as an antidote for worry, because worrying about either the past or the future is a burden that does nothing but reduce your effectiveness.

If you focus your attention on what you have to do today, then over time, a string of successful days will make for a successful life. He quotes Thomas Carlyle: “Our main business is not to see what lies dimly at a distance, but to do what lies clearly at hand.” William Osler primarily attributes his own success not to talent or intelligence, but to good habits, consistently practiced, day after day after day.

“Our main business is not to see what lies dimly at a distance, but to do what lies clearly at hand.”

In A Way of Life, William Osler in his 1913 Yale University address said:

Fellow students — every man has a philosophy of life in thought, in word, or in deed, worked out in himself unconsciously. In possession of the very best, he may not know of its existence; with the very worst he may pride himself as a paragon. As it grows with the growth, it cannot be taught to the young in formal lectures. Why then should I trouble you? Because I have a message that may be helpful. It is not philosophical, nor is it strictly moral or religious, yet in a way it is all three. It is the oldest and freshest, the simplest and the most useful.

“Life is a habit,” a succession of actions that become more or less automatic. This great truth, which lies at the basis of all actions, muscular or psychic, is the keystone of the teaching of Aristotle, to whom the formation of habits was the basis of moral excellence.

“In a word, habits of any kind are the result of actions of the same kind; and so what we have to do, is to give a certain character to these particular actions.”

Now the way of life that I preach is a habit to be acquired gradually by long and steady repetition. It is the practice of living for the day only, and for the day’s work, Life in day-tight compartments.

The workers in Christ’s vineyard were hired by the day; only for this day are we to ask for our daily bread, and we are expressly bidden to take no thought for the morrow. To the modern world these commandments have an Oriental savor, counsel of perfection akin to certain of the Beatitudes, stimuli to aspiration, not to action. I am prepared on the contrary to urge the literal acceptance of the advice, but in the modernist spirit, as a way of life, as a habit, a strong enchantment.

Change that hard saying “Sufficient unto the day is the evil thereof” into the “goodness thereof,” since the chief worries of life arise from the foolish habit of looking before and after. As a patient with double vision from some transient unequal action of the muscles of the eye finds magical relief from well-adjusted glasses, so, returning to the clear binocular vision of today, the over-anxious student finds peace when he looks neither backward to the past nor forward to the future.

To look back, except on rare occasions for stock-taking, is to risk the fate of Lot’s wife. Many a man is handicapped in his course by a cursed combination of retro- and intro-spection, the mistakes of yesterday paralyzing the efforts of today, the worries of the past hugged to his destruction, and the worm Regret allowed to canker the very heart of his life. To die daily, after the manner of St. Paul, ensures the resurrection of a new man, who makes each day the epitome of a life.

The load of tomorrow, added to that of yesterday, carried today makes the strongest falter. To youth, we are told belongs the future, but the wretched tomorrow that so plagues some of us, has no certainty, except through today. Who can tell what a day may bring forth?

Look heavenward, if you wish, but never to the horizon — that way danger lies. Truth is not there, happiness is not there, but the falsehoods, the frauds, the quackeries, the ignes fatui which have deceived each generation — all beckon from the horizon and lure the men not content to look for the truth and happiness that tumble out at their feet.

Waste of energy, mental distress, nervous worries dog the steps of the man who is anxious about the future. Shut close, then, the great fore and aft bulkheads, and prepare to cultivate the habit of a life of day-tight compartments. Do not be discouraged — like every other habit, the acquisition takes time, and the way is one you must find for yourselves.

Now, for the day itself! What first? Be your own daysman! Prepare to lay your own firm hand upon the helm. Get into touch with the finite, and grasp in full enjoyment that sense of capacity in a machine working smoothly. Join the whole creation of animate things in a deep, heartfelt joy that you are alive, that you see the sun, that you are in this glorious earth which Nature has made so beautiful, and which is yours to conquer and enjoy. Realize, in the words of Browning, that “There’s a world of capability for joy spread round about us, meant for us, inviting us.”

Mankind, it has been said, is always advancing, man is always the same. The love, hope, fear and faith that make humanity, and the elemental passions of the human heart, remain unchanged. The quiet life in day-tight compartments will help you to bear your own and others’ burdens with a light heart.

The quiet life in day-tight compartments will help you to bear your own and others’ burdens with a light heart.

In his book How to Stop Worrying and Start Living , Dale Carnegie writes on living in day-tight compartment as recommended by Sir William Osler:

In the spring of 1871, a young man picked up a book and read twenty-one words that had a profound effect on his future. A medical student at the Montreal General Hospital, he was worried about passing the final examination, worried about what to do, where to go, how to build up a practice, how to make a living.

The twenty-one words that this young medical student read in 1871 helped him to become the most famous physician of his generation. He organized the world famous Johns Hopkins School of Medicine. He became Regius Professor of Medicine at Oxford the highest honor that can be bestowed upon any medical man in the British Empire. He was knighted by the King of England. When he died, two huge volumes containing 1,466 pages were required to tell the story of his life.

“Our main business is not to see what lies dimly at a distance, but to do what lies clearly at hand.”

Forty-two years later, on a soft spring night when the tulips were blooming on the campus, this man, Sir William Osier, addressed the students of Yale University. He told those Yale students that a man like himself who had been a professor in four universities and had written a popular book was supposed to have “brains of a special quality”. He declared that that was untrue. He said that his intimate friends knew that his brains were “of the most mediocre character.

What, then, was the secret of his success? He stated that it was owing to what he called living in “day-tight compartments.” What did he mean by that? A few months before he spoke at Yale, Sir William Osier had crossed the Atlantic on a great ocean liner where the captain standing on the bridge, could press a button and presto! there was a clanging of machinery and various parts of the ship were immediately shut off from one another shut off into watertight compartments.

Now each one of you,” Dr. Osier said to those Yale students, “is a much more marvelous organization than the great liner, and bound on a longer voyage.”

What I urge is that you so learn to control the machinery as to live with ‘day-tight compartments’ as the most certain way to ensure safety on the voyage.

Touch another and shut off, with a metal curtain, the Future the unborn tomorrows. Then you are safe, safe for today! Shut off the past! Let the dead past bury its dead. Shut out the yesterdays which have lighted fools the way to dusty death.

The load of tomorrow, added to that of yesterday, carried today, makes the strongest falter. Shut off the future as tightly as the past. The future is today. There is no tomorrow. The day of man’s salvation is now. Waste of energy, mental distress, nervous worries dog the steps of a man who is anxious about the future. Shut close, then the great fore and aft bulkheads, and prepare to cultivate the habit of life of ‘day-tight compartments.’

By living in day-tight compartments, ask yourself the following questions when you start getting worried or anxious about an issue or a problem. Dale Carnegie advocates in his book, 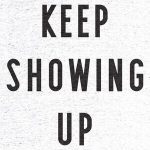 The Art of Showing Up. 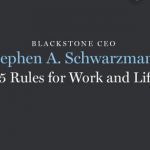