David Mamet was born in 1947 and raised in Chicago, Illinois. He attended Goddard College in
Vermont, graduating in 1969 with a degree in English literature but considers the Chicago Public
Library his alma mater. A prolific dramatist, David won the 1984 Pulitzer Prize for drama in 1984
for Glengarry Glen Ross and earned a reputation for writing working-class characters and for his
trademark dialogue. In 1985, David and actor William H. Macy founded the Atlantic Theater
Company, an off-Broadway nonprofit theater. To date, he has written 36 plays, 29 screenplays, 17
books, and directed 11 films.

The Purpose of Drama

Everything in our life is drama. Drama relieves the burden of our consciousness. We attempt to unite groups of people and establish ourselves and our identity through the stories we tell. This is a primal instinct that has been with us since prehistoric times, when, at the end of the day, we would gather around a camp fire and share stories.

Today the campfire has been replaced by the computer and television, but these devices represent the same attempt to unify us as a species through the telling of tales and narratives. When we relate stories in our everyday lives, we dramatize them. We unconsciously alter what may or may not be real events to increase their dramatic potential, and we tell stories that have surprising punchline.

The purpose of drama is threefold:

• We don’t investigate reason via drama. Rather, drama frees us from reason.
• Drama does not exist to make people better, to give them ideas, to teach, to reform, or to espouse good causes.
• The sole purpose of drama is to entertain

The only purpose of drama is to entertain.

Aristotle’s Poetics as a guide

Aristotle maintains that the hero of a story must undergo two things: recognition and reversal of a situation.

There is nothing to writing. All you do is sit down at a typewriter and bleed. -Ernest Hemingway

We have ideas all the time. All-day long we fantasize, and these daydreams offer story ideas. W

There is no more to a character other than what he or she does. This is all fueled by an objective: a character wants something and won’t stop until he or she gets it. Even the things a character says are spoken in an effort to obtain something from another person. Never manipulate a change in your characters, as this is equivalent to manipulating the audience.

The plot is all that there is. Think of the plot as you would a joke: everything in a joke moves toward the punchline, and anything that isn’t tending toward the punchline kills the joke. The same rule applies to the plot. If a scene doesn’t serve the plot and help the narrative progress to its end goal, take it out.

A plot needs a beginning, middle, and end, as well as a precipitating event that must inspire the hero to achieve a goal. His or her journey needs a specific end, at which point the question raised at the beginning is answered, either positively or negatively.

The second act, like a midlife crisis, is where everything is derailed. The hero knows where he or she is going and then all of a sudden gets lost. The second act of the play ends with a confession in which the hero acknowledges his or her hopelessness. At this point, the hero has the capacity to face the third act, reinvigorated by the struggle, because it’s the first time he or she is actually understanding it. Following the confession, the hero is energized and inspired to continue the quest.

Aristotle tells us that a play is nothing other than the structure of its incidents. Think of a scene as a unit that contains one incident that informs the journey. If it doesn’t contain an incident that affects the narrative, it’s not a scene and doesn’t belong in a play or film. Your goal should always be to get from point A to point B. 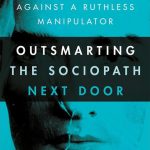