A pioneer of the Western mindfulness movement, Jon Kabat-Zinn has spent more than 40 years studying, teaching, and advocating the benefits of mindfulness. In his MasterClass, he teaches you how to cultivate a mindfulness practice, reduce your stress, and soothe your thoughts with meditation and movement.

In Asian languages, the word for ‘mind’ and the word for ‘heart’ are same. So if you’re not hearing mindfulness in some deep way as heartfulness, you’re not really understanding it. Compassion and kindness towards oneself are intrinsically woven into it. You could think of mindfulness as wise and affectionate attention. – Jon Kabat-Zinn

Born in 1944, he was raised in Washington Heights, Manhattan, and was no stranger to the rough-and-tumble culture of the early 1950s (or to talking with his fists).

His father was an award-winning molecular immunologist at Columbia Medical School, and his mother was a painter. He likens his childhood to CP Snow’s acclaimed essay “Two Cultures,” which laments the cultural chasm between science and the arts.

In 1959, he spent a year studying at the Lycée Henri-IV in Paris, and in 1964, he graduated with a chemistry degree from Haverford College in Pennsylvania before pursuing a PhD in molecular biology at Massachusetts Institute of Technology in the lab of Nobel Prize–winning microbiologist Salvador Luria. It was at MIT, in 1965, that Jon heard a talk by the American Zen teacher Philip Kapleau and began meditating.

Fourteen years later, while on retreat at the Insight Meditation Society in Barre, Massachusetts, Jon had an experience that would come to change the world. He described it to The Guardian as a “10-second vision” showing how meditation could help patients suffering in hospitals.

Today, like every other day, we wake up empty and frightened. Don’t open the door to the study and begin reading. Take down the dulcimer. Let the beauty we love be what we do. There are hundreds of ways to kneel and kiss the ground. – Rumi

Mindfulness is the awareness that arises from paying attention, on purpose, in the present moment, and non-judgmentally. Mindfulness is traditionally a form of meditation and it is often spoken of as the heart of Buddhist meditation.

Mindfulness is a way of being, not doing.

The cliché is that we are human beings but if you were to follow us around a day, it would probably be more accurate to call us Human Doings. The being element of been human requires inhabiting that space of being and that means not doing for a while.

Mindfulness is a way of being, not doing.

The cliché is that we are human beings but if you were to follow us around a day, it would probably be more accurate to call us Human Doings. The being element of been human requires inhabiting that space of being and that means not doing for a while.

It is awareness, relationality. Mindfulness is not a concept, it is a way of being,

Become mindful of how judging you can be. We don’t have to be imprisoned by our own likes and dislikes.

“In the beginner’s mind there are many possibilities, but in the expert’s there are few.” – zen master Shunryo Suzuki

You don’t know so much as you think you know. Don’t know Mind.

What you know can be seriously problematic because it can actually anchor you to the known in a way that becomes blinding to what is just over the horizon in the unknown, that you want to discover – The New, something no one has seen before.

Trusting your own trustworthiness, your intention to live the life that is yours to live, to be 100% authentic as best as you can. Be at home and allow this moment to be as it is.

Recognizing this nondual insight about reality. Fundamentally in the unfolding of our moments: No place to go, do, and nothing to attain. You can get more done by not getting attached to the outcome.

Seeing the actuality of things and recognizing/accepting that they are like this. Seeing clearly what the reality is and accepting it for what it is. It is not the same as passive resignation.

Be fully awake to whatever is happening right now -the good and the bad.

“I went to the woods because I wished to live deliberately, to front only the essential facts of life, and see if I could not learn what it had to teach, and not, when I came to die, discover that I had not lived. I did not wish to live what was not life, living is so dear; nor did I wish to practise resignation, unless it was quite necessary. I wanted to live deep and suck out all the marrow of life, to live so sturdily and Spartan-like as to put to rout all that was not life, to cut a broad swath and shave close, to drive life into a corner, and reduce it to its lowest terms.”― Henry David Thoreau

Working with a wandering Mind, Not against it.

“The faculty of voluntarily bringing back a wandering attention, over and over again, is the very root of judgment, character, and will. … An education which should improve this faculty would be the education par excellence.” –  Willam James 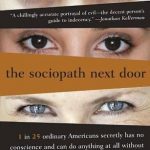 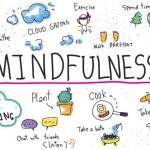