This masterclass session is delivered by Dr. Matthew Walker, the influential British neuroscientist and author of the international bestseller Why We Sleep.  As a specialist in the study of slumber and the founder-director of the Center for Human Sleep Science at the University of California, Berkeley, he has examined how sleep affects the brain and body. He’s analyzed everything from its role in Alzheimer’s and depression to the ways it can facilitate learning and, potentially, extend our life expectancy. (Indeed, the center is a world leader in studying the effects of sleep on the mind and body.)

In sleep, he’d found his muse, a mysterious and often evasive biological phenomenon—excellent fodder for a hardcover. Why We Sleep, recommended by The New York Times for “night-table reading in the most pragmatic sense” and endorsed by Bill Gates, arrived in 2017. It was a runaway success, both stateside and overseas, launching its author into the public intellectual stratosphere (the book has sold more than 1 million copies and has been translated into over 40 different languages). Matthew proceeded to deliver a viral TED Talk, appear on CBS’s 60 Minutes and NPR’s Fresh Air, and help as a sleep consultant for Pixar and Google (among others). He’s also a Kavli Fellow of the National Academy of Sciences and was recently awarded the prestigious Carl Sagan Prize for Science Popularization.

With this masterclass, Matthew wants you to become more acquainted with sleep. He wants you to learn your chronotype, understand how snoozing impacts your memory, and figure out how sleep can slow down the physiological effects of aging. Ready to go catch those elusive Zs?

When you’re awake, your body produces adenosine, a chemical that makes you drowsy. This continues to accumulate for roughly 16 hours, until you register the feeling of exhaustion. (It takes about eight hours to clear your adenosine cache, hence the recommended nightly sleep quotient.) Once you settle down and drift off, the brain’s vital regions begin to communicate and machinate, conspiring to enable productive sleep—and facilitate dreams.

Eyes move rapidly, dreaming occurs, muscles are paralyzed so that dreams cannot be acted out

“ I can’t get out of bed in the morning”

… is a real and chronic ailment. It’s called dysania. Technically it’s not medically recognized as a standalone diagnosis, but it often accompanies other afflictions (most commonly, depressive episodes)

YOU CAN’T TRAIN YOURSELF TO SLEEP LESS

In related news, the human body also never gets used to night-shift work (i.e., due to your circadian rhythm, you’re programmed to feel alert during the day and tired at night)

There are three primary kinds of sleep habits:

Humans are the only mammals that willingly delay going to sleep

In fact, one main reason Americans report being sleepy is due to self-imposed sleep deprivation. (Who can go to bed when there are so many shows to binge?)

Estimated number of annual car accidents caused by sleepiness in the U.S.

Cumulative time that most humans will spend sleeping during their lifetimes

Circadian rhythm is an integral part of the biology of nearly every mammal, bird, and reptile on the planet. This internal clock helps regulate our eating and sleep patterns and is necessary for our health and survival.

From an evolutionary perspective, this makes a lot of sense: Variations in sleep patterns, called chronotypes, likely helped our ancestors survive. Staggering bedtimes would ensure that somebody was awake to alert the tribe at, say, sabertooth o’clock.

…tend to thrive in corporate settings

Morning larks aren’t necessarily more successful, but they’re certainly better equipped to handle traditional working hours for office environments, where operating well in the wee morning hours is an asset, according to a study out of the University of Education in Heidelberg.

In 2012, a survey of almost 3,000 college students in Taiwan found that night owls were more likely to be depressed, anxious, and suffer from obsessive tendencies. They also scored higher in the categories for “novelty-seeking” and “harm-avoidance.”

Be wary of coffee- and matcha-flavored foods, like yogurts and ice creams, which have upwards of 30 milligrams of caffeine per 6-ounce serving. Over-the-counter weight-loss supplements are, in many cases, glorified caffeine pills; a single tablet might contain 135 milligrams, so consider cutting them out entirely. If you’re really looking to cut down, steer clear of products branded “energy”—even bottled waters or chewing gum.

It’s the reason night owls forced to work in morning lark conditions can struggle with health problems, including obesity, diabetes, and heart disease. Once essential to the species, this type of chronotype variation can now be a liability—and a leading cause of chronic sleep deprivation.

The Horne-Ostberg Morning- Eveningness Questionnaire (AutoMEQ), available for free online, can also place you in one of five chronotypical categories, estimate your “natural” bedtime, and pinpoint at what time each day you experience the onset of melatonin, a vital sleep hormone.

Hugely influential figures, from Albert Einstein to Winston Churchill, are said to have indulged in the act. It’s not a modern phenomenon, either; napping was written about in the Qur’an, a text dating to the 1st century.

Keys to a Solid Siesta

1  Keep it short and sweet; you only need about 20 minutes of sleep to boost your mood and energy levels.

2 Try napping in the early afternoon; dozing off after 3 p.m. can mess with your nighttime sleep.

3 Create a restful environment; dark, quiet, and cool (around 65°F) is ideal.

MasterClass Annual Membership for only $180 USD 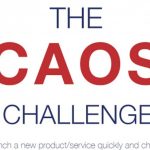 The CAOS Challenge: Launch a new product quickly and cheaply. 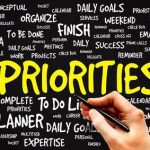