Bestselling author, professor, and New York Times columnist Roxane Gay has connected to readers around the world with her unyielding truth-telling and highly personal feminism. In her MasterClass, she teaches you how to own your identity, hone your voice, write about trauma with care and courage, and navigate the publishing industry.

ROXANE GAY STARTED WRITING when she was only four years old. To date, she has authored five critically acclaimed books—a memoir (Hunger), a collection of essays (Bad Feminist), two collections of short stories (Ayiti, Difficult Women), and a novel (An Untamed State). She is a contributing opinion writer for The New York Times, and her fiction has appeared in the likes of Harper’s Bazaar, McSweeney’s, Tin House, and Oxford American. She has edited multiple anthologies, including Best American Short Stories 2018 and the bestselling Not That Bad.

She is both the first Guggenheim Fellow and the first Black woman to write a Marvel comic book (Black Panther: World of Wakanda). In 2021, she launched The Audacity, a newsletter that includes a book club, features Roxane’s writing, and showcases emerging writers.

Research: Before you write, do your homework

To that end, it’s crucial that you read all the pop culture criticism you can get your hands on. If you’re writing about RuPaul’s Drag Race, check New York magazine, Vogue, Rolling Stone, The Advocate, and other outlets, and see what’s been published about the topic already. Reading what other people are saying is the only way to ensure that your argument is new and specific. Ultimately, ask yourself: What is nobody else talking about? What do I have to say about this that hasn’t already been said?

Well-executed humor rarely undermines any drama that might emerge in your writing—in fact, it underscores it. When comedy and tragedy dovetail in a story, it makes the context sadder and the dialogue funnier.

A witty writer gains a certain amount of control, too, by retelling their own story in their own way—especially if that story is a traumatic one. With humor, you convince your reader that your viewpoint is the valid one. But because they’re laughing, they don’t realize they’re being convinced. They only think they’re being entertained.

Specificity is central to the comedic voice.

Joking has always been a good cover for not joking. Under the guise of humor, you can say difficult, unsafe, or even unspeakable things—things you might have been too afraid to say otherwise. This is especially true for jokes about yourself!

Comedy allows a character to voice an injustice or a difficult truth in a way that’s palatable for the reader. Humor is the spoonful of sugar that makes the medicine go down.

Disparity makes us laugh because it plays with our expectations—we find a joke or an aspect of a story funny when it catches us off guard. An easy way to create disparity is to combine two things that don’t normally go together, whether it’s an image (a tough-looking dog in a tutu) or a new combination of words.

We need a multitude of voices critiquing pop culture: Everyone has a different point of view, and every perspective can lead to a different argument. But balancing that with self-awareness is key; you don’t have to write about everything that crosses your path.

Experimenting with genre might open you up to a whole new world of influences (in addition to expanding your writerly abilities).

Be a good literary citizen

Read others as you want to be read. This means following workshop or writers’ group etiquette. You must treat other writers and their work—often an extension of their very being—with generosity, kindness, and respect in order to create a community that you value (and that values you in return).

HOW DO YOU  even start on getting published as a writer? The internet provides a great many resources. Websites like Duotrope. com and NewPages.com offer directories for both major and minor publications, with information on submission guidelines and other pertinents.

Roxane calls these sites “an invaluable tool for every beginning writer.” Make a list of potential publications that you’d like to submit to, then take the time to visit their websites; familiarize yourself with their taste and style, read as much of the content as you can, and, if it’s feasible, subscribe to the print edition (digital subscriptions work, too). You could even check your local public library for physical copies.

Carpet Bombing—sending the same story to dozens or sometimes hundreds of publications all at once.

Age Is Just a Number

WORRIED YOU’RE TOO OLD TO PUBLISH? DON’T BE. MAYA ANGELOU PUBLISHED HER FIRST MAJOR WORK AT 41. RAYMOND CHANDLER WAS 51. YOU DON’T AGE OUT OF WRITING; ON THE CONTRARY, LIFE EXPERIENCE RESULTS CAN PROVIDE MORE RAW MATERIAL. EMBRACE IT, AND GO FORTH.

OTHER LUMINARIES (AND THE AGE THEY FIRST PUBLISHED)

Scribes and Their Daily Grinds

AMONG CREATIVE TYPES, holding down a nine-to-five (or bartending at night, or babysitting in the afternoons) can carry a certain stigma. But writing full-time isn’t a realistic, attainable goal for most people. Roxane doesn’t mince words: “Never think that the job is failure. The job is what makes your writing possible.”

Even the most successful writers are also professors—Claudia Rankine at Yale, Zadie Smith at NYU, and the late Toni Morrison taught at Princeton. They have day jobs, too, just at a level that’s equivalent to their literary accomplishments. 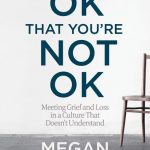 Book Summary – It’s OK That You’re Not OK: Meeting Grief and Loss in a Culture That Doesn’t Understand by Megan Devine. 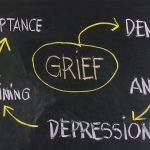