Stephen Schwarzman (born February 14, 1947) is an American businessman, investor, and philanthropist. Stephen is the Chairman, CEO, and Co-Founder of Blackstone, a global private equity investment firm he established in 1985 with former chairman and CEO of Lehman Brothers and US Secretary of Commerce Peter G. Peterson. As of 2020, the Blackstone Group total assets under management were approximately US$619 billion.

The best executives are made, not born. They absorb information, study their own experiences, learn from their mistakes, and evolve.

In his Autobiography, What It Takes: Lessons in the Pursuit of Excellence, Schwarzman writes about his pursuit of excellence, growing up, teachers in his life, entrepreneurial journey, philanthropy and his experience in public service.

“I grew up in the middle-class suburbs of Philadelphia, absorbing the values of 1950s America: integrity, straightforwardness, and hard work. My parents had never given me any money beyond my allowance, so my brothers and I had to earn our own. I worked in my family’s linens store, sold candy bars and lightbulbs door-to-door, delivered telephone books, and started a lawn-mowing service with two part-time employees—my younger twin brothers. They got half the revenue for doing the work, and I kept the other half for securing clients. The business lasted three full years before we had an employee strike.”

My mother, Arline, was restless and ambitious, a great complement to my father. She saw our family coming up in the world. She once decided to learn to sail—I suppose she imagined us like the Kennedys, hair blowing in the salt breeze off Hyannis Port—so she bought a twenty-foot sailboat, learned to sail it, and entered us in races—Mom at the helm, Dad doing as he was told. She won lots of trophies. My twin brothers and I always admired her competitiveness and will to win. In a different era, she would have been CEO of a major corporation.

“I had incredible teachers. My parents taught me the values of honesty, common decency, and achievement, and the importance of generosity toward others. My high school track coach, Jack Armstrong, helped me develop a high tolerance for pain and to understand the power of preparation, essential lessons for any entrepreneur. Running track with Bobby Bryant, my high school best friend, I learned about loyalty and what it means to be part of a team.”

Starting Out in Business

Observing my father at Schwarzman’s and all the businesses and entrepreneurs I had advised subsequently, I had reached an important conclusion about starting any business: it’s as hard to start and run a small business as it is to start a big one. You will suffer the same toll financially and psychologically as you bludgeon it into existence. It’s hard to raise the money and to find the right people. So if you’re going to dedicate your life to a business, which is the only way it will ever work, you should choose one with the potential to be huge.

Businesses often succeed and fail based on timing. Get there too early, and customers aren’t ready. Arrive too late, and you’ll be stuck behind a long line of competitors.

Building Blackstone has been the most consequential personal challenge of my lifetime. The firm has come a long way since Pete and I stood in the rain outside MIT. Today it is the world’s largest manager of alternative assets. Conventional assets are cash, stocks, and bonds. The broad category of “alternatives” includes pretty much everything else. We build, buy, fix, and sell companies and real estate. The companies we invest in employ more than 500,000 people, making Blackstone and its portfolio companies one of the largest US–based employers and one of the largest employers anywhere in the world.

Blackstone is a remarkable success because of our culture. We believe in meritocracy and excellence, openness and integrity. And we work hard to hire only people who share those beliefs. We are fixated on managing risk and never losing money. We are strong believers in innovation and growth—constantly asking questions in order to anticipate events so that we can evolve and change before we are forced to. There are no patents in finance.

If your business fails, nobody will remember your name. If your business succeeds, everyone will know it. So just pick something, get on with it, and hope you succeed enough to be known.

For me, the greatest rewards in life have come from creating something new, unexpected, and impactful. I am constantly in pursuit of excellence. When people ask me how I succeed, my basic answer is always the same: I see a unique opportunity, and I go for it with everything I have. And I never give up.

If you’re going to commit yourself to something, it’s as easy to do something big as it is to do something small. Both will consume your time and energy, so make sure your fantasy is worthy of your pursuit, with rewards commensurate to your effort.

If you want something badly enough, you can find a way. You can create it out of nothing. And before you know it, there it is. But wanting something isn’t enough. If you’re going to pursue difficult goals, you’re inevitably going to fall short sometimes. It’s one of the costs of ambition.

In the final speech I made as student council president, I laid out a philosophy on education that has remained remarkably consistent throughout my life:

“I believe that education is a discipline. The object of this discipline is to learn how to think. Once we have mastered this we can use it to learn a vocation, appreciate art, or read a book. Education simply enables us to appreciate the ever-changing drama fashioned of God’s own hand, life itself. Education continues when we leave the classroom. Our associations with friends, our participation in clubs all increase our store of knowledge. In fact, we never stop learning until we die. My fellow officers and I just hope that you will become aware of the purpose of education and follow its basic tenets, questioning and thinking, for the rest of your life.”

The lesson was that everything in business relates to everything else. For a business to succeed, each part has to work on its own and with all the other parts. It’s a closed, integrated system, organized by managers. If you are making cars, you have to have good research so you’ll know what people want to buy; good design, engineering, and manufacturing so you can produce a good product; effective programs to recruit and train your labor force; good marketing so you can create desire for what you are making; and good salespeople who know how to close deals. If any parts in the system break and you can’t fix them quickly, you risk losing money and going out of business.

As an investment banker and later as an investor, I found that the harder the problem, the more limited the competition. If something’s easy, there will always be plenty of people willing to help solve it. But find a real mess, and there is no one around. If you can clean it up, you will find yourself in rare company. People with tough problems will seek you out and pay you handsomely to solve them. You will earn a reputation for doing what others cannot. For a pair of entrepreneurs trying to break through, solving hard problems was going to be the best way of proving ourselves.

To be successful you have to put yourself in situations and places you have no right being in. You shake your head and learn from your own stupidity. But through sheer will, you wear the world down, and it gives you what you want.

“As for integrity, the easiest way I could explain it was in terms of reputation. To earn a great reputation, you think long term. I had been building my reputation since growing up in suburban Philadelphia, true to those middle-class values of honesty, hard work, respect for others, and always doing what you say you will. If those values sound simple, it is because they are. Anything more complicated can get lost amid the traps and temptations of our work. So my message to our new analysts was simple: stick to our values and never risk our reputation.”

For all that was going on at Blackstone in its early years, the rest of my life didn’t stop. Ellen and I divorced in 1991, but we continued to raise our children, Zibby and Teddy, together. It had been a painful decision to separate.

In 2020, he signed The Giving Pledge, committing to give the majority of his wealth to philanthropic causes.

In June 2019, he donated £150 million to the University of Oxford to help redefine the study of the humanities for the 21st century. His gift – the largest single donation to Oxford since the renaissance – will create a new Centre for the Humanities which unites all humanities faculties under one roof for the first time in Oxford’s history, and will offer new performing arts and exhibition venues as well as a new Institute for Ethics in AI.

In October 2018, he announced a foundational $350 million gift to establish the MIT Schwarzman College of Computing, an interdisciplinary hub that will reorient MIT to address the opportunities and challenges presented by the rise of artificial intelligence, including critical ethical and policy considerations to ensure that the technologies are employed for the common good.

In 2015, Stephen Schwarzman donated $150 million to Yale University to establish the Schwarzman Center, a first-of-its-kind campus center in Yale’s historic “Commons” building, and also gave a founding gift of $40 million to the Inner-City Scholarship Fund, which provides tuition assistance to underprivileged children attending Catholic schools in the Archdiocese of New York.

In 2013, he founded an international scholarship program, “Schwarzman Scholars,” at Tsinghua University in Beijing to educate future leaders about China. At over $575 million, the program is modeled on the Rhodes Scholarship and is the single largest philanthropic effort in China’s history coming largely from international donors. 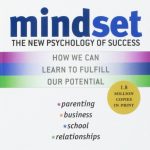 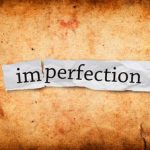