The Dreamer by Paul Laurence Dunbar.

Temples he built and palaces of air,
And, with the artist’s parent-pride aglow,
His fancy saw his vague ideals grow
Into creations marvellously fair;

He set his foot upon Fame’s nether stair.
But ah, his dream,—it had entranced him so
He could not move. He could no farther go;
But paused in joy that he was even there!

He did not wake until one day there gleamed
Thro’ his dark consciousness a light that racked
His being till he rose, alert to act.
But lo! what he had dreamed, the while he dreamed,
Another, wedding action unto thought,
Into the living, pulsing world had brought. 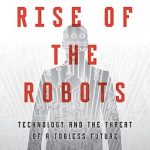 The Rise of the Robots Book Summary – Technology and the Threat of a Jobless Future by Martin Ford. 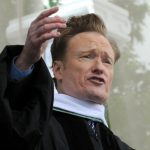 The Clock by Charles Baudelaire.

Theodore Roosevelt’s Man in the Arena.

A Reason, A Season, or A Lifetime

Have You Earned Your Tomorrow? by Edgar Guest