Dwight D. Eisenhower was the 34th president of the United States from 1953 to 1961. Prior to becoming president, Eisenhower was a  five-star General of the United States Army. He served as the Supreme Commander of the Allied Expeditionary Force in Europe during World War II and he was also responsible for planning and supervising the invasion of North Africa (Operation Torch) and Germany (Battle of Normandy).

As president, Eisenhower launched programs and initiatives that led to the development and execution of projects such as the Interstate Highway System in the United States, NASA’s exploration of space, the Atomic Energy Act, DARPA which led to the launch of the Internet. Eisenhower was a productive man who served as the Army Chief of Staff (1945–1948), as president of Columbia University (1948–1953), and as the first Supreme Commander of NATO (1951–1952) before becoming the president of the United States from 1953 to 1961. He also had time for golfing, oil painting, poker, and reading.

In a 1954 speech addressed to the Second Assembly of the World Council of Churches, at the campus of Northwestern University in Evanston, Illinois. Einsenhower said:

Now, my friends of this convocation, there is another thing we can hope to learn from your being with us. I illustrate it by quoting the statement of a former college president, and I can understand the reason for his speaking as he did. I am sure President Miller can.

Now this, I think, represents a dilemma of modern man. Your being here can help place the important before us, and perhaps even give the important the touch of urgency. And you can strengthen our faith that men of goodwill, working together, can solve the problems confronting them.

The Eisenhower Matrix was popularized by Author Stephen R.Covey in his book, First Things First and Seven Habits of Highly Effective People. In his books, Covey describes a time management framework for prioritizing work that is aimed at long-term goals, at the expense of tasks that appear to be urgent, but are in fact less important. In First Things First, Covey argues that they are three generations of time-management: first-generation task lists, second-generation personal organizers with deadlines, and third-generation values clarification as incorporated in the Franklin Planner.

By using the Eisenhower Decision Principle, every task is evaluated using the criteria important/unimportant and urgent/not urgent, and then placed in according quadrants in an Eisenhower Matrix. The 2×2 matrix classifies tasks as urgent and non-urgent on one axis, and important or non-important on the other axis.

The tasks in the quadrants are then handled as follows.

“The wisdom of life consists in the elimination of non-essentials.” —Lin Yutang.

As Henry David Thoreau once quipped, “It is not enough to be busy. So are the ants. The question is: What are we busy about?”. Thoreau was right; most of us stay on our social media timelines endlessly scrolling and marinating ourselves with other people’s carefully curated capsules of their lives. We equate motion for movement, activity for accomplishment, busyness for progress; hence we do not know the difference between urgent and important tasks.

Knowing how to distinguish what is important from the urgent is not the easiest for many of us because we do not have our priorities right. We pick up every phone call, check our emails every 15 minutes, pick up our phones continuously for the dopamine rush derived from the notifications on our phone; we get busy instead of getting important things done. The key to using the Eisenhower Matrix effectively is to know and re-order your priorities.

The Eisenhower Matrix in Action

Your time here on earth is minimal; using your time effectively is what makes the difference between the successful and unsuccessful, the rich and the poor, the intelligent and the ignorant, etc. The key is to know what is really important at every moment, whether to do, schedule, delegate, or eliminate a task from your itinerary. 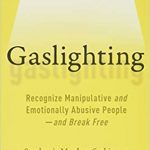 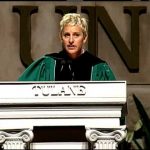