The Blame Game started at the garden of Eden, Adam blamed Eve for eating the apple, Eve blamed the snake and the snake had no legs. It is human nature to blame: we blame the government, parents, childhood trauma, education system, siblings, spouse, and everybody else except ourselves. As J.K.Rowlings, author of the Harry Potter series once quipped: “There is an expiry date on blaming your parents for steering you in the wrong direction; the moment you are old enough to take the wheel, the responsibility lies with you.”

There is an expiry date for blaming everything except ourselves. Life is tough and it happens to us all; hence we have to take personal responsibility for our life at some point. We all play the blame game: we blame our spouse for the divorce, our boss for the job loss, the government for the bad economy, our parents for unresolved childhood trauma, ourselves for our mistakes.

Here are some great quotes on Blaming:

Fix the problem, not the blame.— Japanese Proverbs

“Life is like a camera. Focus on what’s important. Capture the good times. And if things don’t work out, just take another shot.”. 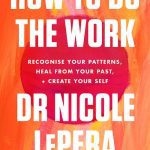 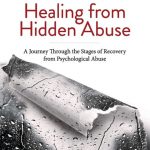