“There are risks and costs to action. But they are far less than the long-range risks of comfortable inaction.” – John F. Kennedy

Hellen Keller once said that “Life is either a daring adventure or nothing at all.’ Life is a fight for territories; you are either up or down, going through a storm, going to a storm, or leaving a storm. Nothing ventured, nothing gained, no pain, no gain, and anything meaningful in life involve taking a calculated risk. Many of us do not take the needed risk because of the uncertainties involved with making a move, but nothing moves until you move.

Here are some great quotes on risk taking:

6. “You’ll always miss 100% of the shots you don’t take.” – Wayne Gretzky
7. “One does not discover new lands without consenting to lose sight of the shore for a very long time.” – Andre Gide
8. “Once we believe in ourselves we can risk curiosity, wonder, spontaneous delight, or any experience that reveals the human spirit.” – e. e. cummings
9. “You can measure opportunity with the same yardstick that measures the risk involved. They go together.” –Earl Nightingale
10. “The risk of a wrong decision is preferable to the terror of indecision.” – Maimonides

11.“To win without risk is to triumph without glory.” – Pierre Corneille
12.“The person who risks nothing does nothing, has nothing, is nothing, and becomes nothing. He may avoid suffering and sorrow, but he simply cannot learn and feel and change and grow and love and live.” – Leo F. Buscaglia
13. “It’s not because things are difficult that we dare not venture. It’s because we dare not venture that they are difficult.” – Seneca
14. “To dare is to lose one’s footing momentarily. To not dare is to lose oneself.” – Soren Kierkegaard
15. “A ship in harbor is safe, but that is not what ships are for.” –  John A. Shedd

21. “Take risks: if you win, you will be happy; if you lose, you will be wise.” – Swami Vivekananda
22. “If you are not willing to risk the unusual, you will have to settle for the ordinary.”- Jim Rohn
23. “Only those who play win. Only those who risk win. History favors risk-takers. Forgets the timid. Everything else is commentary.” – Iveta Cherneva
24. “There are risks and costs to action. But they are far less than the long-range risks of comfortable inaction.” – John F. Kennedy
25. “Everything you’ve ever wanted is on the other side of fear.” –  George Addair

26. “There is only one way to avoid criticism: do nothing, say nothing, and be nothing.” – Aristotle
27. “Often the difference between a successful man and a failure is not one’s better abilities or ideas, but the courage that one has to bet on his idea, to take a calculated risk, and to act.” – Maxwell Maltz
28. “When you genuinely accept the risks, you will be at peace with any outcome.” – Mark Douglas
29. “He who is not courageous enough to take risks will accomplish nothing in life.” – Muhammad Ali
30. “The most important thing to remember is this: to be ready at any moment to give up what you are for what you might become.” – W. E. B. Du Bois 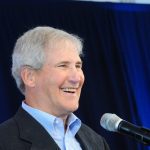 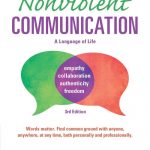