Top 30 Quotes on Saying No.

“Half of the troubles of this life can be traced to saying yes too quickly and not saying no soon enough.” – Josh Billings

Anytime you say: “yes” to one request, you might have to defend it over time with 100 NOs. There is always a trade-off. If you say yes to mindless social media scrolling or picking up your phone to check WhatsApp messages every 15 minutes, you are saying NO invariably to your dream of writing a book or a blog post article. Many of us find it hard to say NO to people’s requests because we do not have clear goals, values, priorities, and boundaries.

The key to saying NO is to say it graciously and with utmost sincerity. You can say something like: Thank you for the offer/invitation but due to my other commitments, I can not do this right now. Honesty is the best policy, mean what you say and say what you mean. No need to promise people what you know you are not going to do, this eventually leads to resentment and loss of trust in the relationship.

Here are some great quotes on Saying No: 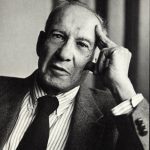 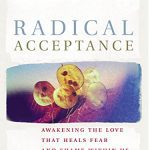